The 4 Main Criticisms Of The DSM-5
Odyssey

The 4 Main Criticisms Of The DSM-5

The DSM is not perfect, and it can never be. However, it is subject to criticism which is supplied through these four points. 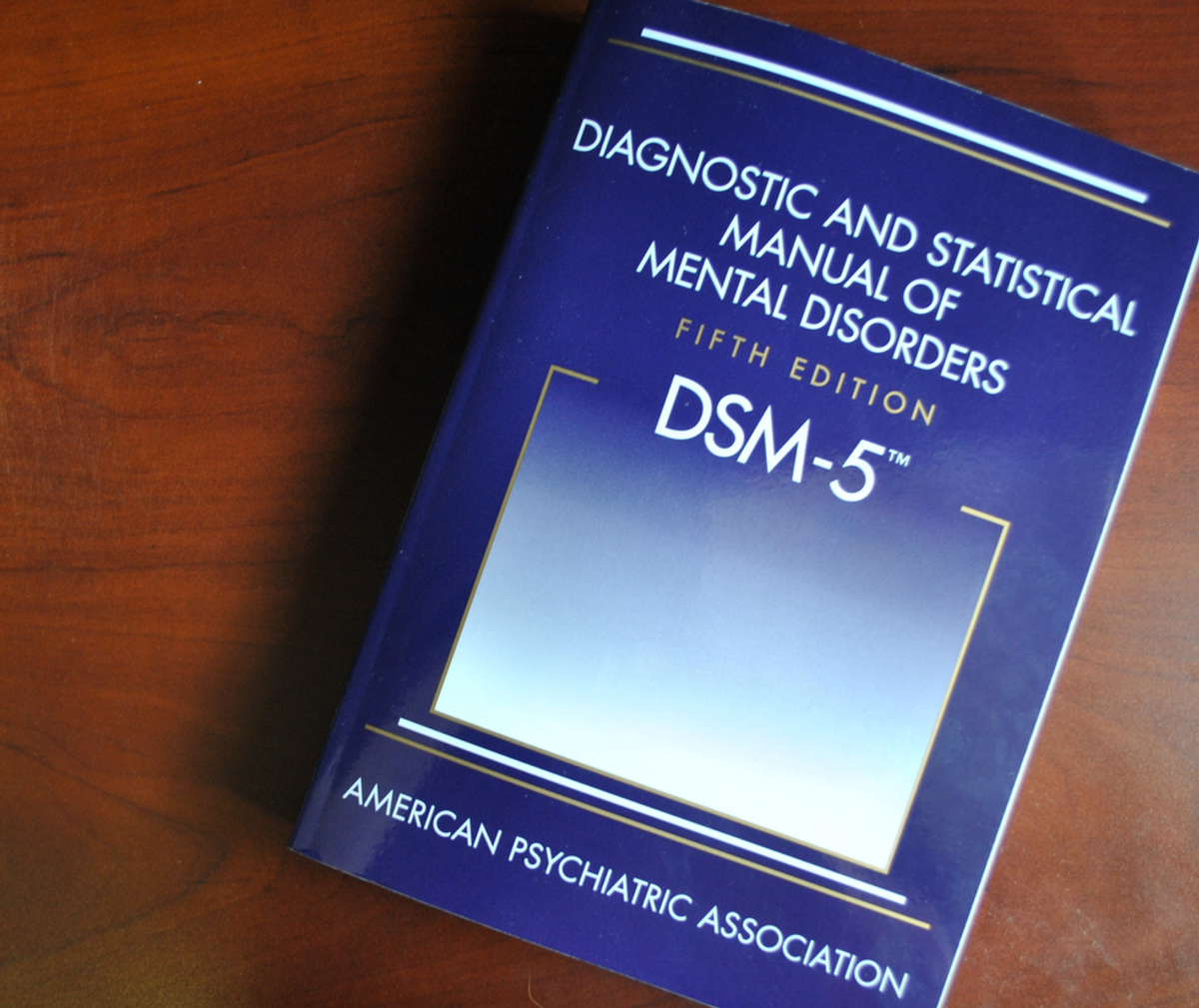 The new DSM-5, or otherwise known as the Diagnostic and Statistical Manual of Mental Disorders, is undergoing an amount of criticism. The DSM is revised every several years under the American Psychiatric Association (APA) and has started since its publication in 1952 under William C. Menninger. The means of revision is an open process. Unfortunately, the DSM-5 fails in numerous ways. As shown through Eric G. Waldon's "DSM-5: Changes and Controversies" and Jerome C. Wakefield's "DSM-5: An Overview of Changes and Controversies", the DSM-5 lacks in openness, validity, reduces the number of symptoms, creates new disorders without investigation.

It abandons the transparency of this revision process by failing to listen to the other people's opinions. Since the DSM takes several years to conspire into a professional document used as a clinical diagnostic tool, it occurs under various reviews with tons of well-qualified individuals. In Eric G. Waldon's "DSM-5: Changes and Controversies," he states that "all work group and task force members were required to sign a confidentiality agreement imposing restrictions on unpublished work, discussions, internal communications, and written or unwritten information about the manual's development” (Waldon 79). Waldon brings up a good argument on the criticism of the DSM-5. People were not allowed to speak about it so how could anyone offer a decent enough feedback to create a reliable diagnostic tool.

The DSM-5 creates new disorders without further investigation. Under normal conditions, a new disorder gets introduced under a section called conditions for further study before being an official disorder. But, the DSM-5 bypassed that provision and decided to add new disorders. As critics criticize the APA, Waldon states, "[The APA has become accused] of disease mongering and inventing labels for conditions that do not exist" (Waldon 79).

The outcome of these diagnostic expansions is shown through a new disorder called Depressive Disorder otherwise known as disruptive mood dysregulation disorder (DMDD). DMDD has not been seen in any other version of the DSM. It is an entirely new disorder. The inclusion of the disorder forgoes any criticism from current psychologists throughout the world and bases it from few studies.

By reducing the number of symptoms for a diagnosis, it has its pros and cons. It is ideal for people diagnosed with attention deficit hyperactivity disorder which raised its onset of symptoms to twelve years instead of seven because it is hard to for the disorder to establish until after the age of seven. However, the DSM-5 removes the bereavement exclusion for a major depressive episode.

As Waldon argues, "this move unnecessarily pathologizes grief and invites the potential to medicate an otherwise typical reaction to loss" (Waldon 80). He refers to the APA as appealing to the pharmaceutical companies and suggests that they are willing to put these people on medication rather than admit it is a stage of grief.

The elimination of the bereavement exclusion to major depressive disorder is controversial since homosexuality in the DSM-III. As Wakefield states in his criticism of the DSM-5 called "DSM-5: An Overview of Changes and Controversies," he says, "It seems to fly in the face of common sense and pathologies something central to human experience, grieving over the loss of loved one." (Wakefield 149). As much as it seems to lack in common sense, the APA still allowed it to be a part of the DSM-5. However, it did have a minor disclosure saying that clinical judgment is needed to tell whether the patient is undergoing major depressive disorder or grief.

New disorders are generated from trials based on reliability to make the DSM easier to use for clinicians rather than validity. As Waldon states, "allows clinicians to agree on the absence or presence of certain symptoms for a given disorder" (Waldon 81). Instead of basing off science, the DSM-5 wants to prevent internal conflict or disagreement, so it allows their personal ideas to be implemented into the DSM-5. It creates conflict between the validity of the DSM-5.

The DSM-5 is not translucent. The validity of the diagnostic tool is questionable. It leaves dubious reasons as towards why grief is left up to the discrepancy of the psychiatrist. Also, by reducing the number of symptoms and allowing individual ideas from the APA, it reduces the validity of the DSM-5. The DSM-5 has its pros and cons. It is consistently reviewed. The next DSM will most likely reform the misconceptions from the DSM-5.