Not Your Typical Coming-of-Age Film 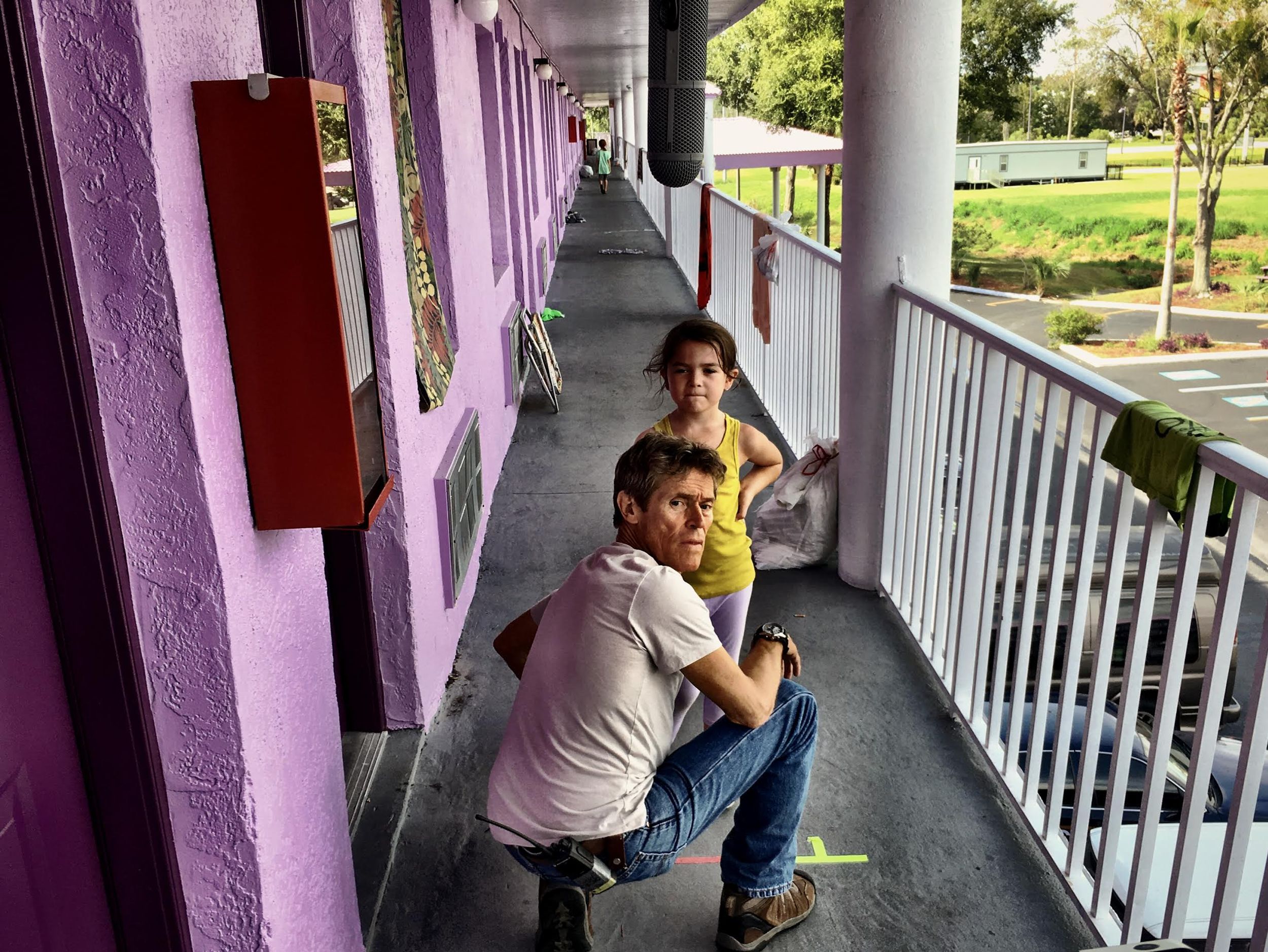 When I first saw the trailer for The Florida Project, I thought it was going to be a cute happy-go-lucky kids movie. No. My Mom and I saw it together at Malverne Cinemas and our jaws dropped practically the entire movie. I am still trying to process the film. The Florida Project is surprisingly a difficult film to watch. Not in a bad way, however. In fact, the film was highly thought provoking. Several film critics and audiences are calling it a female version of Boyhood or Moonlight. I see it as a female version of South Park. Although Moonee (Brooklynn Kimberly Prince) does not use the F-word, the hilariously cringeworthy fresh and mischievous behavior she and her friends get into, in a way, makes her sort of a female version of Eric Cartman from South Park. That said, it makes sense why one of the reasons it was rated R was for “disturbing behavior.”

The cinematography is deceptively whimsical. The color palette is very bright and cute on the surface when the tension in this film is very high. Ultimately, the area of Florida they live in outside of Disneyworld seems peaceful and magical on the surface when it is truthfully an area of poverty, prostitution, and even child predators. It is interesting how the children in the film spend the most time outside while the adults are either inside the motel or standing right outside the doors of their motel rooms. In a way, this is reflective of them being trapped by their economic status.

The core conflict in the film is the irresponsibility of Moonee’s mother Halley and the horrible example she sets for her child. She smokes and curses in front of her daughter. Additionally, Halley manipulates Moonee. Halley struggles to pay rent as she buys and steals items and sells them on the street with Moonee to make money. Halley even sells herself for prostitution. She takes selfies with her Moonee without knowledge of her mother's intention to post them on a prostitution website. Halley does not even watch her daughter as she wanders off with her friends. Then again, the absence of this responsibility from her mother is what makes the film fascinating because if Moonee and her friends were supervised, they would not go on their fun ragtag adventures.

It is funny how Willem Dafoe loses his patience with Halley. Dafoe’s character does not just get fed up with Halley but also the rest of the motel guests. It was great to see Willem Dafoe play a character other than a villain or demonically-twisted character. When Willem Dafoe’s character first appeared, I wondered if he was going to be a male Mary Poppins figure and teach the kids how to be good. While he does keep a sharp eye on the kids, he is in no way a Hallmark or ABC Family-esque father figure. Nevertheless, he is still protective of the kids. For instance, when the child predator enters the town, he kicks the predator out.

Moonee may not change 100 degrees. Nonetheless, she does slowly grow out of mischievous behavior. However, she does not learn this from a parental figure. She learns this on her own. The turning point or climax of the film that changes the dynamics between the kids is when they put a pillow in a fireplace of an abandoned house and set it on fire. This is literally and metaphorically conflict in the film rising to its highest peak. When the adult motel residents take pictures of the burning house, they seem really excited while Moonee and her friends appear guilty. I love how Moonee and Jancey’s friendship grows throughout the film. In the beginning, she and Scooty spit on her grandmother’s car, but then they clean the car together and become friends. Ultimately, the film begins with Moonee and Jancey at odds and ends with them happy together as friends.

The performances of the children were excellent as well. Undoubtedly, Brooklynn Kimberly Pierce has a career ahead of her as well as Bria Vinaire, the actress who played Halley. Bria Vinaire made her role as the trashy, irresponsible mother very believable. I also liked the performance of Mela Murder as Halley’s friend Ashley.

The is a lot of debate amongst audiences whether the ending worked or not. Some may argue that it is too ambiguous. I personally thought it worked for the kind of film The Florida Project was. Nevertheless, I still wanted to know more. I wondered if Willem Dafoe’s character was going to take care of Moonee at the end, but I am glad he did not. That would have been cliche. When Moonee went to Jancy’s house at the end right before they went to Disney World, I wondered if she was going to live with Jancy and her grandmother. Alternatively, it is possible that Moonee and Jancy’s trip to Disney World was their goodbye before Moonee went to live with a foster family.

Overall, The Florida Project is a powerfully raw and chest-hitting dramedy. It is a unique variation from the coming-of-age film genre, particularly with young children. Director Sean Baker is brave to depict the dark, fresh/naughty side to children. He shows the likable and unlikable qualities of the child characters. If the children were 100% perfect and innocent, there would be no film. It would not be fun. Despite Moonee's flaws, Sean Baker truly has evokes empathy in you for her. To conclude, the elements of the film that make it difficult to watch are precisely what make the film highly entertaining.