The stigma against women's health is dangerous and regressive. 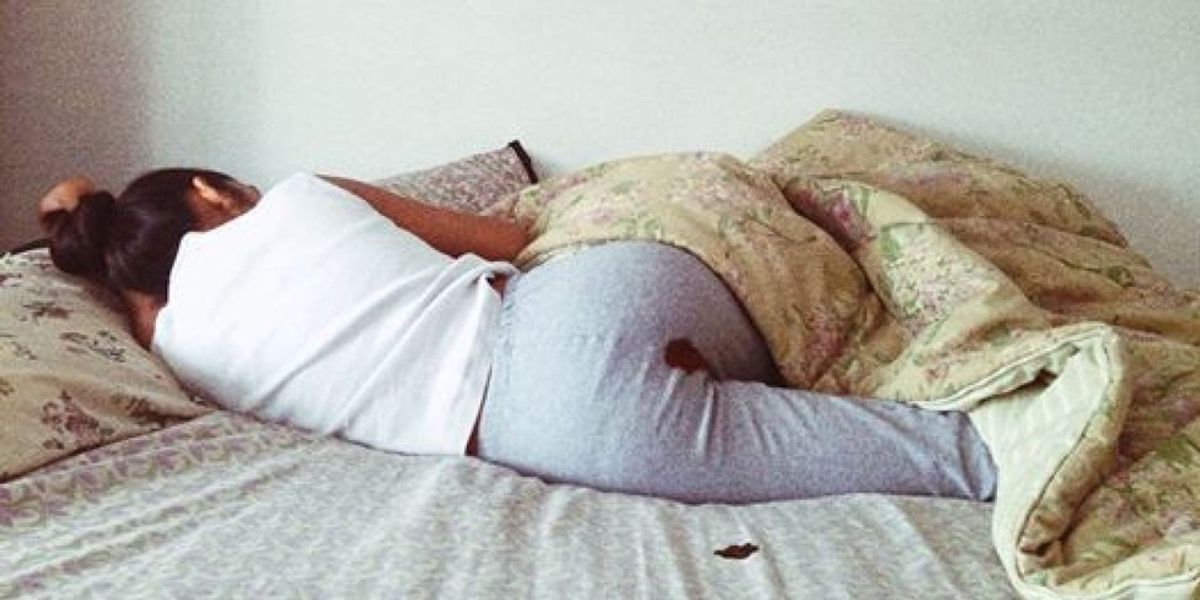 “Are you being moody because your period is due?”

“Take an Advil and you’ll be fine.”

“Women’s health” is a phrase tossed around frequently, with little concern as to the intrinsic meaning behind this term of art. Does it encompass the debate about how our society should fund birth control? Should we narrow the scope of it to issues exclusive to the uterus? Unfortunately, we as a Western society have a way to go before we truly grasp what this phrase means.

In order to truly be cognizant of what “women’s health” means, first we must understand its limits – or lack thereof.

“Women’s health,” as it manifests in the media and debates, is often perceived as an inherently sexual, and therefore taboo issue. Birth control is unnecessary; just don’t have sex. Conversations concerning more complicated reproductive procedures and issues happen behind closed doors. The innately intimate nature — and complex relationship between the reproductive system and sex — render it an off-limits discussion for polite company. This compartmentalizing of this aspect of healthcare characterizes it as an unimportant issue, which has very tangible consequences. The impact of this extends beyond sociological pontifications, and affects the way women are treated in the realm of healthcare.

When women seek to be treated by doctors, whether during a checkup or at an emergency room visit, their complaints of pain often go belittled and ignored. On average, women are forced to wait longer for treatment in an emergency room, their complaints are taken less seriously, and are often treated as emotional issues rather than physical ones — in certain cases, they are given sedatives instead of pain-relieving drugs. This is unsettlingly reminiscent of the days that doctors would treat female “hysteria” with vibrators, reflecting an utter disregard for the legitimacy of women’s health issues. This refusal to validate women’s pains and feelings speaks to the lens through which we view women’s health; namely, one that strips it of its legitimacy and consider everything relating to it unnecessary.

Indeed, “Yentl Syndrome,” the phenomenon wherein women are treated less aggressively by healthcare professionals until they “prove they are as sick as male patients,” has long been a distinctive aspect of women’s health. Research in the Journal of Law, Medicine, and Ethics explains that women’s subjective reports of pain often remain ignored in the healthcare system that extols the objective. Yet if this is the case, why are men treated appropriately?

This has its roots in the characterization of women as hysterical, and raises the question of the intricate association of “women’s health” with the menstrual cycle. When I had mono, I was convinced my symptoms — tiredness, pain, headaches — were the inevitable side effect of a bad period, until a fever and vomiting forced me to the health center.

This dually internalized and societal movement against female pain being valid ultimately has wide implications. First, it serves to solidify gender roles, positioning men as incapable of expressing emotion (unless it’s SUPER legitimate) and women as complainers who overreact. Second, it only serves to bolster and perpetuate the societal stigma against periods we have. Often women’s pain is written off as just cramps — however, what if that’s true? What if it is just cramps? Why do we fail to recognize the gravity of period pain?

This reveals, again, a blindness to women’s issues. Because period pains are intrinsic, they are perceived as acceptable and tolerable. This can be extrapolated to apply to all women’s health issues. Because they are unique to women — essentially coming with the territory — they are seen as bearable, and unimportant. And at the end of the day, periods are gross: We don’t want to discuss them, and luckily, men don’t have to.

Yet research from University College London elucidates that cramping, in certain cases, can be as “bad as having a heart attack.” This is enormous, and can shift the paradigm. Why haven’t we heard more about this? Because institutions are refusing to fund research that intends to explore this issue more.

Ultimately, there’s not enough discourse surrounding this issue. It has been “privatized” within the home; it’s considered a personal issue, and women have become silenced. There are many sociocultural reasons for this: The period has a religious connotation as dirty, leading it to be considered taboo and not serious. Anthropologist Emily Martin has explained that because menstruation is the “failure” to reproduce, it has been stigmatized in society. She goes on to say scientific language has “gendered” the egg and the sperm, and thus there has been a consequent introduction of a gendered health dichotomy.

This is a problem. Not only does it reveal a greater societal trend of disempowering women’s voices, but it also has tangible harms in the emergency room. We need to have a higher level of cognizance concerning “women’s health” — because, at the end of the day, it’s just health.