Corey Fells Is The Artist Of Change
Odyssey

Corey Fells Is The Artist Of Change

Local artist is attempting to bring people together. 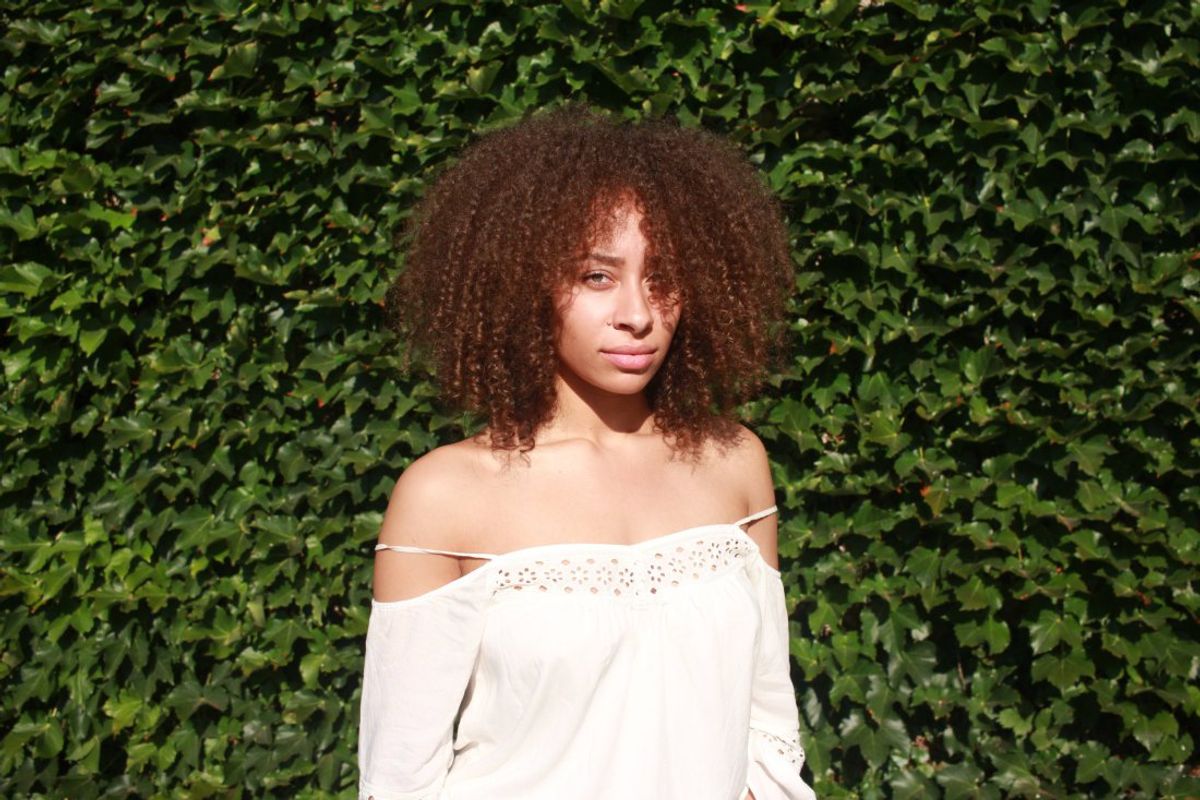 Corey Fells is a Milwaukee artist that is stirring up a lot of interest in his photographs through his passionate inspiration and inclusive style of sharing his work. As a social activist through his projects and means of expressing himself, he wants to be an example that shows it is possible for those without options to transcend their situation and become successful in what they wish. His current focus is on the arts and is using his platform to try and better the city he loves.

His first large debut gallery, 100 Womxn was held in the Milwaukee art museum. That’s right, the “e” in women is replaced with an “x.” Fells wanted to exclude masculinity from this work and keep the focus on the women he was photographing. This project featured 100 different women from Milwaukee over a changing ivy wall through the different seasons. He said, “This project was a tribute to my mom. I wanted to show the beauty of all multicultural girls because she was a strong beautiful black woman.”

After losing his mother and finding inspiration on that 100 by 70-foot wall of cascading Ivy, he wished to demonstrate that everything was cyclical including the struggles minority women have been going through since their existence in America. Seeing the faces of these different women he hopes will provide exposure to the women’s humanity while also highlighting their uniqueness as individuals.

While Fells plans to travel to New York and Chicago for future projects, his love for his home city of Milwaukee is shown in his knowledge of the city and side projects that gets the community involved in art. Fells said, “Milwaukee is in a transition period, like where graffiti is allowed but the space where artistic expression is permitted is clustered in the small areas it is allowed. It’s condensed and the artists who are trying to express themselves don’t have a lot of outlets because those spaces exist in different part of the city where most of them don’t exist.”

Fells expressed that there is a huge divide between the different parts of the city, which is unfortunate because together there is so much potential for cultural sharing. Fells said, “You could start in the newer part of Milwaukee, which is mostly upcoming and new businesses, and walk three blocks in any direction and you feel like you are in a different city. This makes sense though because we are in middle America.

Products, art, and culture all are brought in here, so it’s no surprise that Milwaukee has become a diverse tapestry of culture, beliefs, and expressions.” He also expressed, “It is unfortunate though because people here like to stick to the areas where they feel most comfortable and that is where the divide between the different areas of Milwaukee starts."

Fells believes, “If everyone would experience what others in different parts of the city have to offer, then Milwaukee would become an artistic playground through diverse expressions and unique experiences much like larger cities including Chicago and New York.” He hopes to help expunge the divide with his newest project to bring underrepresented artists a place to express themselves regardless of where they come from.

Fells describes it as a pop-up exhibition that will be held in a series of houses right next to each other. It will feature local artists to display their work and is free to the public to walk around in. It will be held at the Bucks arena because it is becoming a new hotspot for artists to come.

He wants to see what people’s reactions to the different kinds of art that are being displayed. The initial entry will be on North Avenue, and he believes that giving a means to these artists will help some to pursue their passions and provide an opportunity that would not have existed for them otherwise.

While Fells was in high school, he expressed that he was a part of an inner-city transfer student program that allowed students from underfunded schools to enroll in better schools. Not wasting his opportunity for a better education, he traveled 2.5 hours to get to school and then again back home. Waking up at 5:30 a.m. every morning a quote by Ben Franklin always stuck in his head, “The only thing more expensive than poverty is ignorance.” Fells followed up on this by saying, “The only way to transcend poverty is through education.”

Passionate about access and education of the impoverished, he expressed his discontent with Scott Walker cutting the funding for the program he was afforded to a better education. Fells believes this is not progress and hopes that if programs like this cease to exist then he may be able to create options for these kids in the arts by using the education he is so grateful for receiving and his momentum as an artist.