Should You And Your Partner Coordinate Costumes?

Expressing your relationship during Halloween. 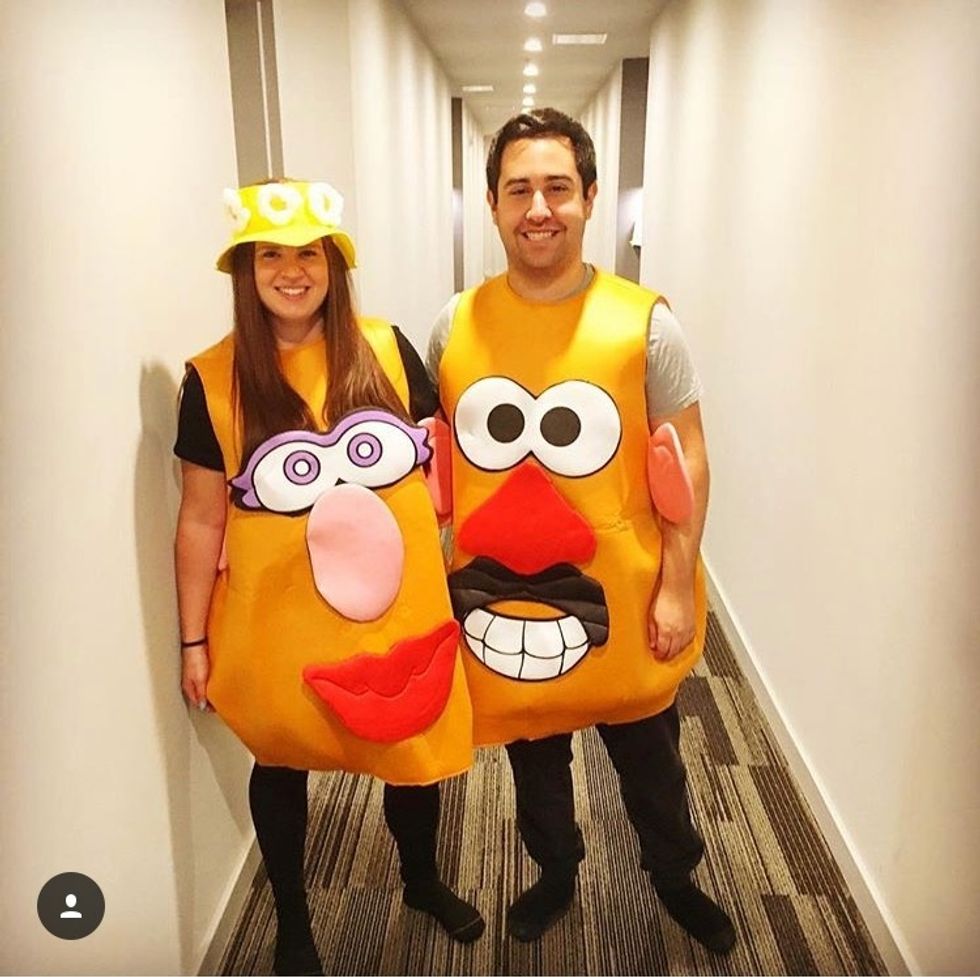 During Halloween, many people take the opportunity to dress up and become somebody or something else. It is supposed to be fun and creatively entertaining. But when you are involved with someone, the idea of coordinating costumes may come up. So, should you?

Unless you have siblings or very close friends, the idea of coordinating costumes may be foreign to you. Since there are many popular pairings and groups in pop-culture, people often bring more attention to their costumes if they are not alone with what they are trying to emulate. For example, siblings may have costumes dressed up as condiments, while friends may have costumes dressed up as the Mighty Morphin' Power Rangers. The point is that it is cool and shows the unity between the people involved.

Coordinating with your partner can facilitate the same effects, and more. If you and your partner dressed up as peanut butter and jelly, it may signify how sweet one of you is, while the other is smooth. Not to mention, it shows those viewing your costumes that you are together, just like the famous sandwich.

Many people who view your costumes will laugh, provide nods of approval, and may even take pictures. The costumes are creative and sends a clear message of your relationship.

If you were just peanut butter while your partner was a vampire, the same effects are not likely to happen. It does not show a clear unity between the two of you, nor does it coordinate.

Now, no one should choose a costume because they feel they have to conform to the expectation of a societal norm. You and your partner should choose the costumes you want, but don't you want to choose something together?

Don't you want to not only show the world that this is your person, but show your partner that they are suited just for you?

It is subjective, and to each their own, but it does send a direct message to those around you and your partner, the bond of your relationship. If you're both going to do a costume, might as well commit to the idea and to each other.

Choosing a costume can be difficult, especially if you and your partner have different ideas. One of you wants the two of you to be Peter and Lois Griffin from Family Guy, while the other wants the two of you to be Doctor Who and the Tardis. Different themes and different styles will likely lead to different reactions. So, it may be best to think of the message or reaction you want to give off. It may be best to start from that point, and work your way up.

A disagreement on costumes can provide you and your partner the opportunity to demonstrate conflict resolution and compromise, which are healthy skills for a relationship.

If you and your partner are committed for the long haul, maybe a compromise would be to be Peter and Lois Griffin this year, and Doctor Who and the Tardis the following year. Or, if you have the money, you could do both for different nights on the weekend when most Halloween activities are occurring.

The point being that there is a way to agree and collaborate, so that even when you are dressed up you are still a couple, like Mr. and Mrs. Potatohead.

So coordinate or, at least, try it once!