There's a Very Special Place in Hell for you, Mrs. Arias. 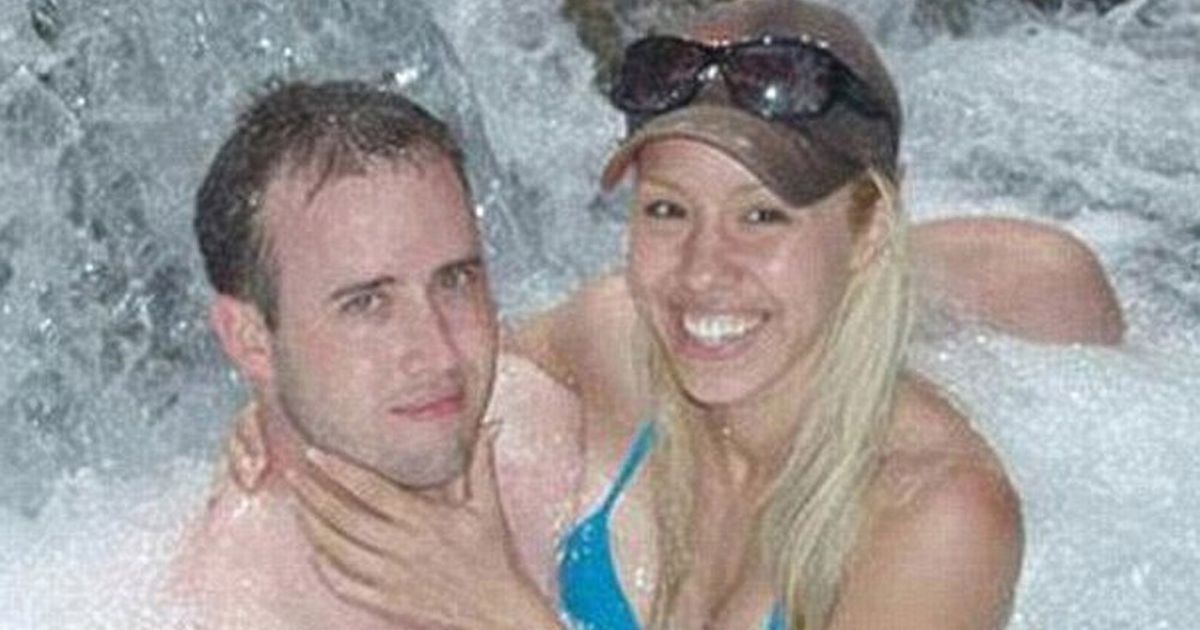 The story of Jodi Arias and Travis Alexander captured America's heart. However, it tragically ended on June 4th of 2008, when Arias stabbed and shot Alexander to death in his shower in Mesa, Arizona, only minutes after she had sex with him. Arias is now serving a life sentence in Phoenix, Arizona. However, this hasn't stopped others from tuning in on one of America's most captivating criminal cases. A movie was even made about the lovers, titled "Dirty Little Secret." Furthermore, prosecutor Juan Martines wrote an awesome book titled "Conviction" which describes the methods used when prosecuting Mrs. Arias. Juan Martinez is well known in the Arizona community for his hard work when prosecuting Mrs. Arias, and in my opinion, he did a fantastic job. There isn't a better attorney that could have done it as well as Juan. It's quite a fascinating book that I recommend to all who are interested in law.

The two lovers met in the city of sex, Las Vegas, as Travis was a motivational speaker. However, before I begin my version of the lovers story, I wanted to dedicate this article to Travis and his family. Many people like to focus on the defendant; as she's attractive, and uses her intelligence to her advantage. I don't feel like enough people focus on the victim. Travis had an adverse childhood, and his grandmother always told him that he was special. Travis and his siblings were beaten, spit on, and starved as children. However, Travis didn't let that stop him from becoming a fine gentlemen. As a result of his adversity, he dedicated himself to the Mormon Church, and built a life in Mesa, Arizona, a mormon community. Travis wrote blogs, prayed everyday, fed the homeless with his siblings, had many friends, and lived an amazing life; until he met Jodi. What pains me the most was that when his sister was interviewed on Dr. Phil, she described her last encounter with Travis as feeling the homeless. Travis was telling all the homeless people that he himself had been homeless, and that everything would be okay. What a sweet person, and what a horrible, vile, and evil women Mrs. Arias is.

After the two met, there was an instant attraction. The two lovers formed a long distance relationship, as Jodi resided in Northern California with her grandparents. The two would travel, take a multitude of pictures, and go on fun adventures together. Over time however, Jodi started to become possessive of Travis, and in turn, Travis wanted to start dating other people. This didn't reside with Jodi well, as she did everything she could to keep Travis around. This included converting herself to a Mormon, spying on him when he was attempting to move onto other women, breaking into his home and slashing his tires when he wasn't around. Over time, Travis's friends started to get concerned, however, Travis ignored it. Her love for Travis started to turn into jealousy as a result of him trying to pursue other women. Travis started to see Jodi as a sexual object, something the troubled women was very much used to as a result of her overall appearance. This didn't sit well with Jodi at all. As a result, the psychopath decided that the only way for her to get over Travis was to murder him. She planned this murder many months in advance, used three 5 gallon gas cans to get her through the state of Arizona, and was unfortunately successful in killing Travis. However, she wasn't successful at getting away with murder. According to prosecutor Juan Martinez, the murder was so well planned, that if it weren't for the gas can receipts and photos of Arias naked at Travis's house on the day of the murder found by investigators, she most likely would have gotten away with it.

Although I will never understand murder or abuse, I believe that Arias did what she did as a result of low self esteem, jealousy issues, mental health issues, and being abused as a child by her own parents. In the 20th century unfortunately, jealousy has become one of the main motives for murder, as these women (or in some cases men) think that murder and abuse is the only thing that can rid the problem. However, what these vile individuals will never understand is that there are healthier ways to deal with rejection, ways that won't put an individual behind bars.

This case is forever one of the many reasons that I want to help victims like Travis's family, they deserve nothing but the world. The biggest difference between Travis and Jodi was that Travis turned his adversity around by joining the Mormon community and building a life with his church. Jodi on the other hand, used her adversity by taking another persons life. What pains me the most, was that she was one juror away from getting the death penalty, something that the vile monster greatly deserves.

If I had one wish, it would be to retry Mrs. Arias and give her the death penalty, something that prosecutor Juan Martinez wanted from the get go. Travis had a wonderful life, but a short one. Travis is an example of turning adversity into love, as he dedicated himself to the church, ultimately turning his life around and helping others for the better. The story of Travis and Jodi shows how vile and repulsive women can be, and how sweet and innocent Mr. Alexander was. The biggest lesson I learned is that there really are awesome men out there like Travis Alexander, as he was nothing but a pure, goodhearted soul.

Mrs. Arias deserves nothing but hell, as an advertise childhood, rejection, and attractiveness is never an excuse to hurt, or in this case, murder someone.

This article is dedicated to the Alexander family.