Confessions Of An Autistic Tribute

Most autistic people have only one obsession. I have a few. 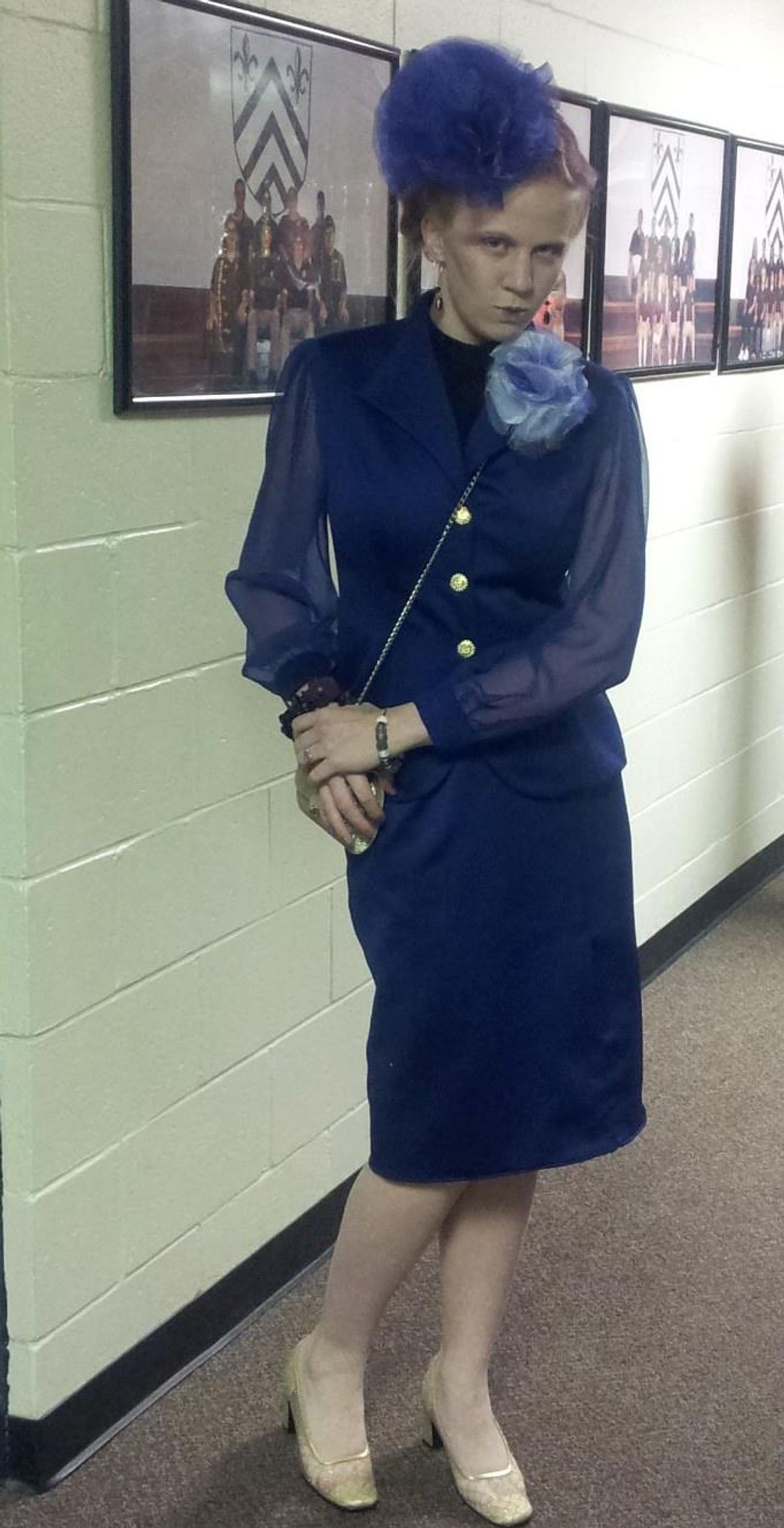 No thanks to one of my friends in high school, I am a huge Hunger Games fan.

When “The Hunger Games” came out, my pediatrician suggested this book as something I should read. My mother said, “Okay. My husband and I will talk about it.” They never did.

Three years later, when “Mockingjay” came out, my mother, sister, and I walked into a Books A Million! and I saw a display for “Mockingjay”. I got my mother’s attention, pointed at the display, and said, “Look. It’s the final book in the series [my pediatrician] was talking about at one of our med checks.”

She responded pretty much the same way she did three years prior. “Okay. Your father and I will talk about it.” As to my knowledge, they never did.

During the three years between the release of those two books, I met a person. In eighth grade, he and a Wiccan girl were our class’s “Three Amigos”. In ninth grade, we kind of grew apart, but grew back together. Then we started the 10th grade.

Our English teacher during those three grades was… something else. I won’t go into much detail about this person, but one of the things he did every semester was have each student read a book, and make a PowerPoint presentation about the book. By the end of the 10th grade, one of the students perfected the clipart, animations, and sounds, and his were PowerPoints were very amusing. But, to my point.

During the fall semester of 10th grade, this friend; the guy, not the Wiccan; suggested I read “The Hunger Games” for this semester’s Book Talk PowerPoint. “It’s a really good action romance,” yada, yada, yada. Looking back at it now, almost four years later, I find it kind of odd for a guy to be pointing out the romance in a book aimed for teenagers. If any situation had a more “correct” feeling to me, he should have let me read it for me to find the romance and obsess about it to him. Back to my topic, I talked with my mother. She said I could.

I read the book. I fell in love with it.

He told me “It’s being made into a movie. The first one comes out on March 23rd.”

I told him, “That would be a perfect date! well, if my parents will let me call it that.”

Yes, we were planning on dating once I was allowed by my parents to date. I was afraid it wouldn’t be until I turned 16 that coming April, because that’s what they had told me since I was in the fifth grade. Around the time they told me I couldn’t date until I was 16, I was told I wouldn’t get a cell phone until I was 16, but they got me a cell phone for my 13th birthday.

He got me a hardcover copy of “Catching Fire” for Christmas that year.

On New Year’s Day, when I was 15 years eight months and three days, my mother said I was allowed to start dating. I let my friend know. He asked me out through text. I told him, “Not to sound overenthusiastic, but, I would love to.”

On my parents’ anniversary, about halfway through that January, they came home and showed me they bought hardcover copies of “The Hunger Games” and “Mockingjay”.

I’m pretty sure it was either the night of March 13th or 14th, but, midweek, I couldn’t get to sleep. I was in the middle of reading “Catching Fire”, so I decided to read that. I couldn’t put that book down. By about 4 AM the day of March 14th or 15th, I had read both “Catching Fire” and “Mockingjay”.

March 24th, the day after the movie came out, my at the time boyfriend, his older sister, a couple of her friends from her college (I think), and I went to the local large theater to watch it.

And my Hunger Games fanaticism began.

For each of the four movies, the paraphernalia I have to have for the movie is a t-shirt, the collectible cup one could get in theaters, and the corresponding pin. For the first movie, from what I remember, I also got a canvas tote bag, and a pair of… what I think might be tube socks. For the second movie, I know I got a canvas tote bag and a couple of rubber bracelets.

Trying to find the collectible cup for “Mockingjay Part 1” was really hard. I looked in all the theaters I could think of in my area, but to no avail. I had to purchase one from a theater in Pennsylvania off eBay. I was hoping I would get one with Effie Trinket, or Finnick Odair, or Beetee, or Gale Hawthorne, or even Haymitch, but not President Alma Coin. But President Coin was exactly the character I got on my cup. It was okay. By the end of “Mockingjay Part 1”, corresponding to the book, Coin was a character you would root for. I don’t want to spoil it for those who haven’t, but, if you’ve read all the books and/or seen all the movies, you know exactly what I’m talking about.

Back to the storyline. End of my 10th grade year, secondary teachers are getting fired/laid off/being forced to resign/quitting left and right. And though it was a small amount of teachers leaving, most of the secondary teachers who were there from my grades eight through ten had to leave. Why I’m bringing this up is because of the sensei of the school.

My school had a Therapeutic Martial Arts Program. The sensei, who had been with the school for five years by the end of the school year, was laid off for a rumor. This man was a nice but firm man, who could put a bully in their place when needed. If I reference how it was said in the TV drama NCIS, he is a Marine, though he is not in the service anymore. He taught both elementary and secondary schools on this campus. The rumor was, he put a kid, who was not exactly able to do this for long, in a pushup position, yelling at this kid, kicking him; overall, being out of character. When he was blamed for doing this, he went to his higher up for the school’s Martial Arts program, and this higher up turned his back, leaving my sensei to fend for his own. The higher up would be at our Promotion Ceremony instead of my sensei. In my eyes, I was the Katniss of my school. If the higher up would shake our hands after we were promoted, I would not shake his hand. Thankfully, he didn’t shake anyone’s hand at the ceremony.

Halloween of my junior year of high school, I was wanting to go to the school’s Halloween party as a giant “Tangled” obsessed toddler, but if I went to school in an adult onesie, that wouldn’t be exactly appropriate. I came up with the idea to be Effie Trinket. The result is the photo above.

Back to explaining paraphernalia. On random days, I could feel in a rather Hunger Games mood, and wear one of my shirts, my black jeans, my combat boots, my Hunger Games socks, and my leather jacket, and pin on one of my pins.

I feel like I am in my “Catching Fire” stage, but if it were going on the track of the books, my story’s skewed. I’ve met the Gale to my Katniss, I’ve met my Finnick, I’ve lived with my Prim and my President Snow, I’ve met my Marvel, my Glimmer, my Cato, my Clove, my Foxface, my Thresh, my Rue, my Gloss, my Cashmere, my Brutus, my Enobaria, my Beetee, my Wiress, my Mags, my Johanna, my Chaff, and my Effie, but I have yet to meet my Peeta. And, if you’ve read the books and/or seen the movies, I had my “Goodbye, Gale” rather early.

I will stop here before I bore you guys anymore.

Wherever you may be in your life, may the odds be ever in your favor.