Sorry, But The Confederate Flag Was, And Always Will Be, Racist
Odyssey

Sorry, But The Confederate Flag Was, And Always Will Be, Racist

If Walmart and NASCAR can ban the use of it within their organizations you can too. 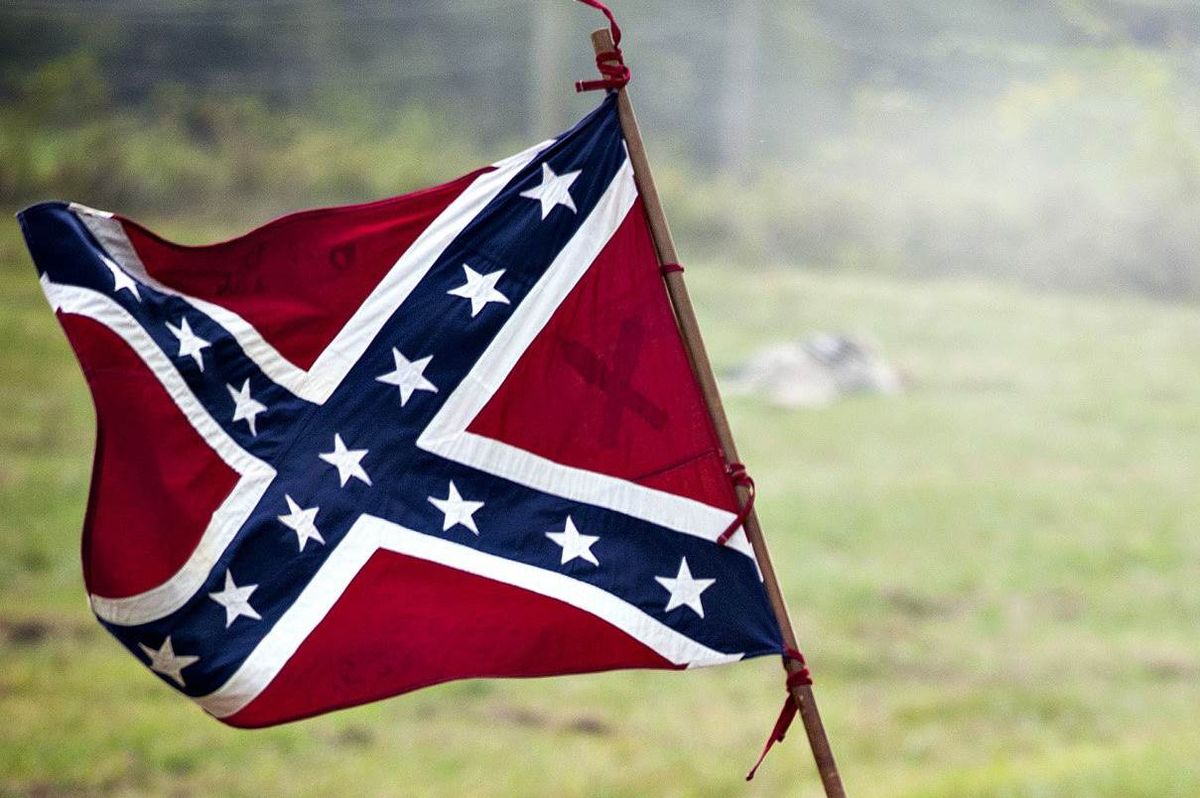 So image this: I was working on the 4th of July when I walk up to my table and saw one of my guests wearing a shirt with the confederate flag dead in the middle of the chest. Now people who don't live in Wisconsin, your probably thinking "Oh that's so rare, you live in Wisconsin" but unfortunately we see the flag more often than you think.

When I saw this I almost lost it. First of all it's the freaking 4th of July, independence day!! The day we got our freedom from Great Britain and the American Dream was born. How dare someone wear a shirt with a symbol of division and racism.

And this is the part where I YELL IT LOUDER FOR THE PEOPLE IN THE BACK: THE CONFEDERATE FLAG IS A RACIST SYMBOL.

There is no denying it. It was created to represent the Confederacy during the Civil War, a war in which the South (Confederacy) was fighting the North (Union) for the right to own slaves.

The confederates wanted to withdraw from the union in order to keep their slaves.

The confederates created their own flag to holistically represent their group and their believes.

The confederates wanted slaves and were racist, therefore their flag is too. Simple as that.

So to all the "hicks" here in Wisconsin and in the North, many of which have no family roots sowed in the south, the confederate flag is not a symbol that you can use to act more country, or redneck. It doesn't make you cool. It doesn't help you fit into your social group. All it does is make you look uneducated, ignorant, and racist, even if you aren't any of these things.

To all the people from the South claiming this is part of you heritage: it is a key part of your heritage, but you have to start looking at it for what it was. The confederacy, the civil war, and the time period in which your ancestors owned slaves was not America's most shining moment. You can definitely be proud of the heart and passion they put into fighting for what they believed in, but you have to remember what they were fighting for and that was the right to own, sell, trade, rape, and abuse other human beings. That is not something to be proud of, and it's okay to admit they were wrong.

The confederate flag is a part of American history, and it should be remembered as such; HISTORY. There is no need for it to be on shirts, hung up in state buildings, federal buildings, or sponsored by businesses and corporations.

Hell, Walmart, and NASCAR have both stopped displaying the flag on any products, cars, or memorabilia.

States such as South Carolina, California, Mississippi, Virginia, Georgia, and Alabama have all ordered the flag to be removed from state buildings. And the motivation to do so came during the late 2000's and more recently in 2015 and 2016 after racist attacks and mass shootings.

Sad that 152 years have gone by and we still can't seem to get rid of racism and symbols of it.

To the extremely radical racists who wave the confederate flag with pride, you my friend lived in an out dated, f-ed up version of reality. This is 2017, the South is not going to rise again, so please try your hardest to treat those most different from you with respect.

And lastly, to the man who was wearing the confederate flag t-shirt on Independence Day: I'm so glad that that flag is more important to you than the flag of the United States of America. But thank you for the reminder that there are still ignorant people in this country who don't realize their actions (or t-shirts) are offensive and racist, and that as American's we still have work to do in order to make everyone feel loved and accepted in this country.