I would cry if I went to any of these concerts. 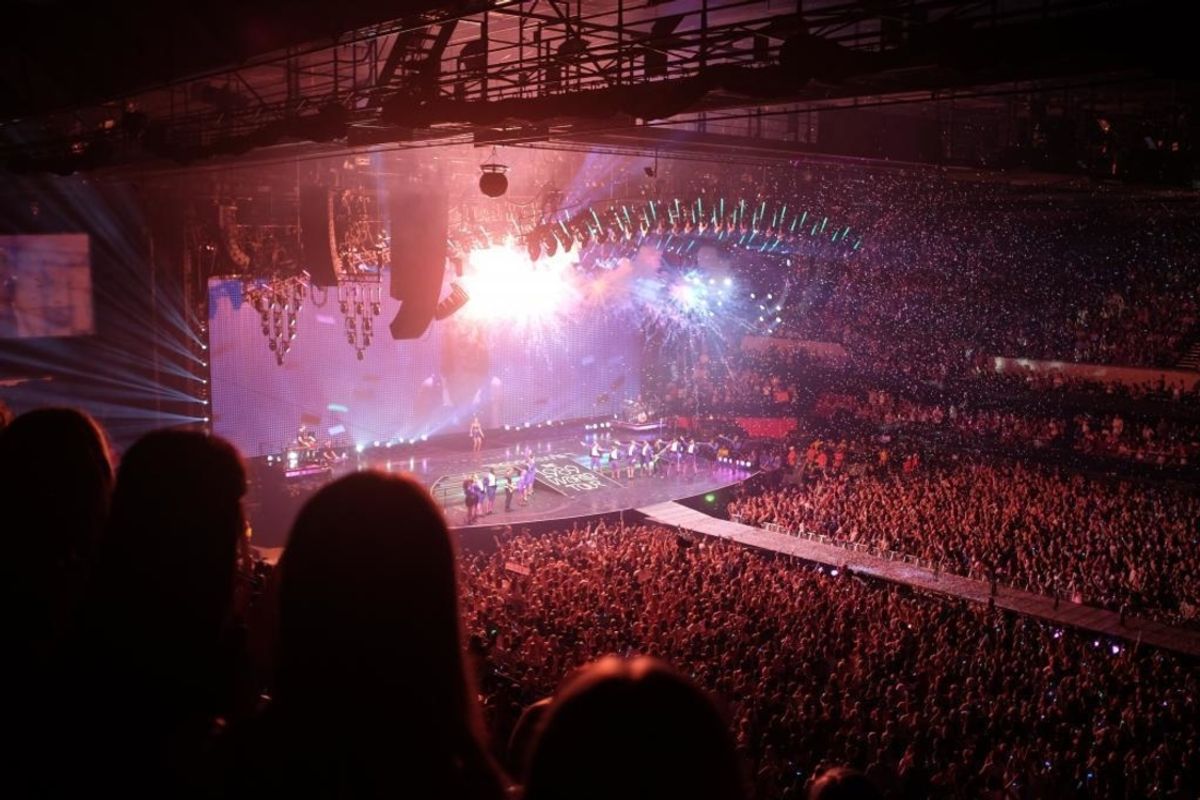 This article is dedicated to my one true love: music. Ever since I was little, I’ve adored music of all genres. I have memories of swaying and crooning away to the Beach Boys in my booster seat, head-banging to Blink-182 and Linkin Park as soon as I was old enough to sit in the front seat (which was a rarity thanks to my two older brothers), and singing my heart out to One Direction as I pictured Niall next to me in the passenger seat.

As a result, I wasn’t allowed to listen to music in my first few months of driving, unless it was below the volume level of 10. My parents thought it was ‘too distracting’.

Because of my passion for music, I have been driven to learn different instruments, such as the flute and the piano, tried to sing in various choruses before people complain, and taken classes to further my musical knowledge like Music Theory. I also happen to hum CONSTANTLY, annoying pretty much everyone around me. There were many times this year where one of my college roommates would actually start to hum a song in her room across the hall, and I was known to continue it.

Concerts are one of my favorite things because they make it socially acceptable for me to fangirl over my favorite artists as well as be able to sing as loud as I can. Here’s a list of concerts which I know I will never be able to attend, but for which I would become an engineer so that I can build myself a time machine to see these concerts.

1. A concert where they solely play Christmas music

Obviously, this won’t happen because the different artists who sing the classic carols wouldn’t be able to come together for a concert, along with the fact that some of them are now dead. I love Christmas music so much, though, and I would kill to go to an entire concert for it. My own mother often makes me stop when I’m humming “Jingle Bells,” but it’s still July.

2. Taylor Swift, but only her first albums

I love Taylor Swift, don’t get me wrong, but, I would live a revival tour of her singing only her old songs where she was more country/pop instead of her new hardcore, edgy songs. I understand that she has grown as a person and an artist and so have her songs, but there’s something about “Teardrops on My Guitar” or “Hey Stephen” that just gets me.

I can’t talk about this one for too long because I’m still way too emotional about it. I will forever be waiting to see all five members together again, and will most definitely cry if it happens. Even though I could go see them individually in concert, it’s just not the same.

I don’t think I even need to explain this one. If you’re a human being whose ears have ever been graced by their voices, (If you haven’t, then what are you waiting for) then I’m sure you’ve always wanted to see the Beatles in concert. They’re the OG One Direction: British, handsome, and full of boys.

I don’t actually know if this was ever a thing, but I picture a nice outdoors concert with a huge disco ball magically hanging from the sky that shines all over the seating. I imagine lots of clothing that is ‘far out’ and ‘groovy’ dance moves. Everyone’s dancing and no one’s afraid or insecure of their dancing.

A medley of any and all great classical composers. Even though I’m a teen and a millennial, I can still appreciate some fine music when I hear it. There’s something about classical music that has always drawn me to it. Maybe it’s because I play piano, so I was trained with classical music. Maybe it’s because now that I’ve learned a little bit about the actual composing of music, I can appreciate the complicated cadences and chords much better.

We share a birthday, so why not? I know he actually does have concerts, which kind of goes against this article concept, but I would never actually go to one. I would just like to say that I have been to a Snoop D-o-double G concert.

Madison Franz
The Narrative
1116764
Photo by Brooke Cagle on Unsplash

Madison Franz
The Narrative
653970
Photo by Manny Moreno on Unsplash