The King of World Music takes Newport News by storm. 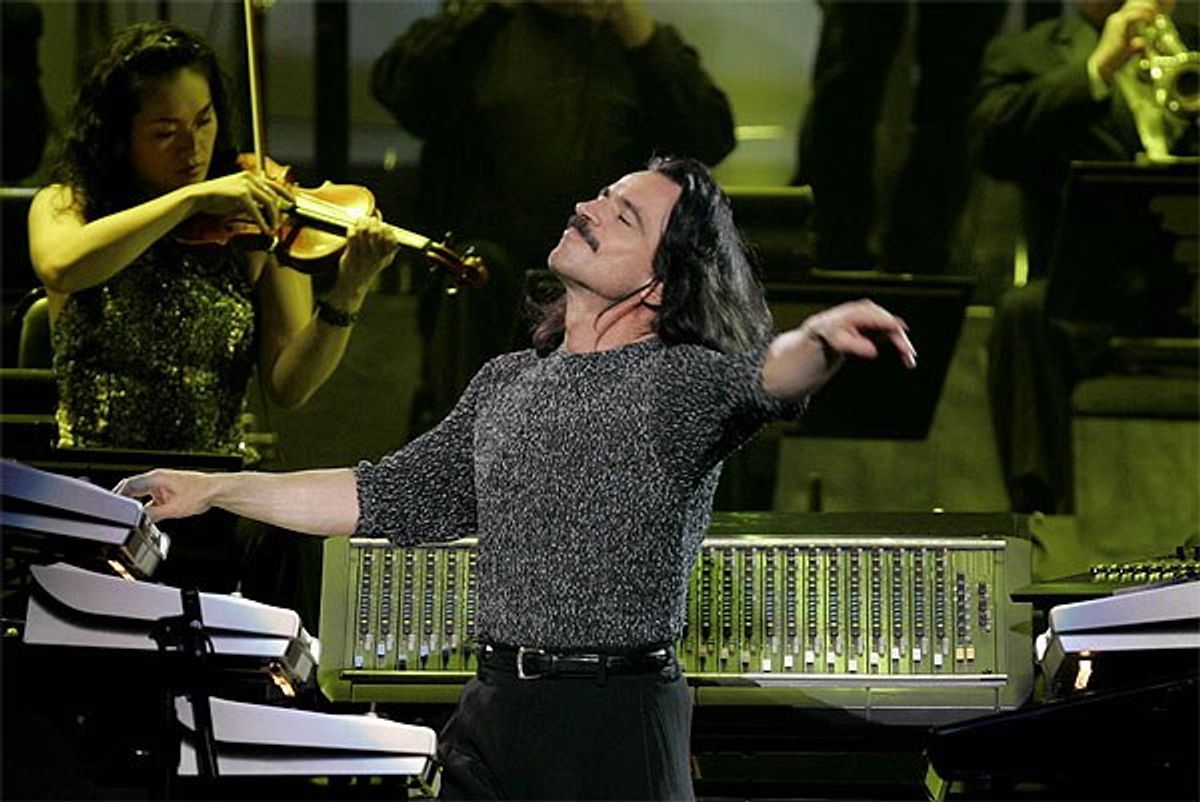 This past Monday, the Greek superstar Yanni (real name Yiannis Chrysomallis) brought his spectacular live show to Newport News’ Ferguson Center for the Arts. Yanni’s eclectic concerts, which feature some of the most virtuoso instrumentalists and vocalists in the world, continually thrill audiences of all ages. His style blends contemporary instrumental music with world music, often performing updated versions of famous classical melodies. A world-class performer, some of his most famous recordings have been at the Acropolis in Athens, El Morro in Puerto Rico, and the Mandalay Bay Events Center in Las Vegas. After reading his biography and researching his live shows, I knew that this performance was one not to be missed.

One of the challenges with a concert based in world music is how much of the world to represent in the program. That being said, Yanni’s eclectic setlist drew influences from France, Italy, and his native Greece, with a hint of Middle Eastern influence as well. Yanni uses his performers to display the broad spectrum of world music to an advantage. His two superb vocalists, Lauren Jelencovich and Lisa Lavie, are extremely versatile, capable of singing classical as well as popular styles. The merge of these two styles was epitomized in their duet “Aria,” an updated worldbeat version of the Flower Duet from Delibes’ opera "Lakme." While Delibes’ melody is not as instantly recognizable here, Yanni’s vocal arrangements allow for the two voices to mesmerize even the farthest corners of the venue. Jelencovich’s big vocal moment came when she sang Yanni’s fan favorite “Nightingale.” Inspired by a trip that Yanni took to Venice, “Nightingale” has been performed in past years with a Chinese flute playing the melody. However, Jelencovich replaces the flute with her soaring soprano voice. Her ability to sustain sixth-octave melodies would give opera singers such as Natalie Dessay and Diana Damrau a run for their money. Meanwhile, Lavie brought down the house with a stirring rendition of Yanni’s “Niki Nana (We’re One),” a thrilling uptempo song about how we are spiritually connected as humans. The combination of the prominent brass chords, the disco-like drumbeat, and Lavie’s complex vocal runs á la Celine Dion lifted the audience to its feet for an irresistible dance party.

The talent, however, was not limited to the vocalists. In fact, two of Yanni’s longtime fellow performers, harpist Víctor Espínola and violinist Samvel Yervinyan, were two of my favorites in his ensemble. In numbers such as the fast, danceable “For All Seasons,” the instrumentalists display their solo talents one after the other. Yervinyan’s solo was the most exciting since his virtuosity is unrivalled against any other violinist I’ve seen live. His agility and delicate approach to seventh-octave harmonics is spellbinding. In the same number, Espínola’s harp skills were as ferocious as they were mind-blowing, spanning everything from syncopated plucked chords to bullet-fast arpeggios and glissandi. With the force he exerted onto his instrument with his fingers, it’s a wonder to me how the harp’s strings did not snap. Elsewhere in the ensemble of honorable mention was the drummer Charlie Adams, who showcased his virtuosity during the number “Marching Season.” His drum solo, which lasted for seven minutes, encompassed various time signatures at breakneck paces, in addition to a vast array of dynamics and magnificent crescendos.

Another reason why Yanni’s shows are so great is because of the interaction between him and the audience. His unexpected one-liners in between songs kept the audiences entertained, and his charisma is impossible to dislike. I did not immediately realize how broad the age range was at the concert, and many concert-goers appeared to be longtime fans of Yanni. Some fans would stand up and dance the whole way through during the more uptempo numbers. This notion was especially in the concert’s closer, “The Storm,” based on “Summer” from Vivaldi’s "Four Seasons." For this encore, the entire audience clapped in tempo to each soloist’s final virtuoso passage. Clearly, the unbreakable dynamic between Yanni and his fans remains the Greek musician’s forte (pun intended.)

One feature that I wish had been different was reducing the use of keyboard substitution for more exotic instruments. In certain numbers, the sound of a sitar was often replaced as a patch on an electronic keyboard. Although the electronic sound was still identical to a real sitar, I would love for Yanni to find an actual sitar player. Having one would enhance the all-encompassing nature of his take on world music.

Overall, Yanni's concert was an experience like no other. The millions of fans who have experienced his shows should consider themselves fortunate to have such a brilliant figure unite cultures through music. Yanni will return to the United States this summer, starting June 18 in Houston, Texas.

Nicole Marie Nigro
Individual Creator
9567
c1.staticflickr.com
Where to start...... Let me start with the cliche that life throws us curveballs and what we do with it is what counts.