If you couldn't get your hands on tickets, you missed out big time. 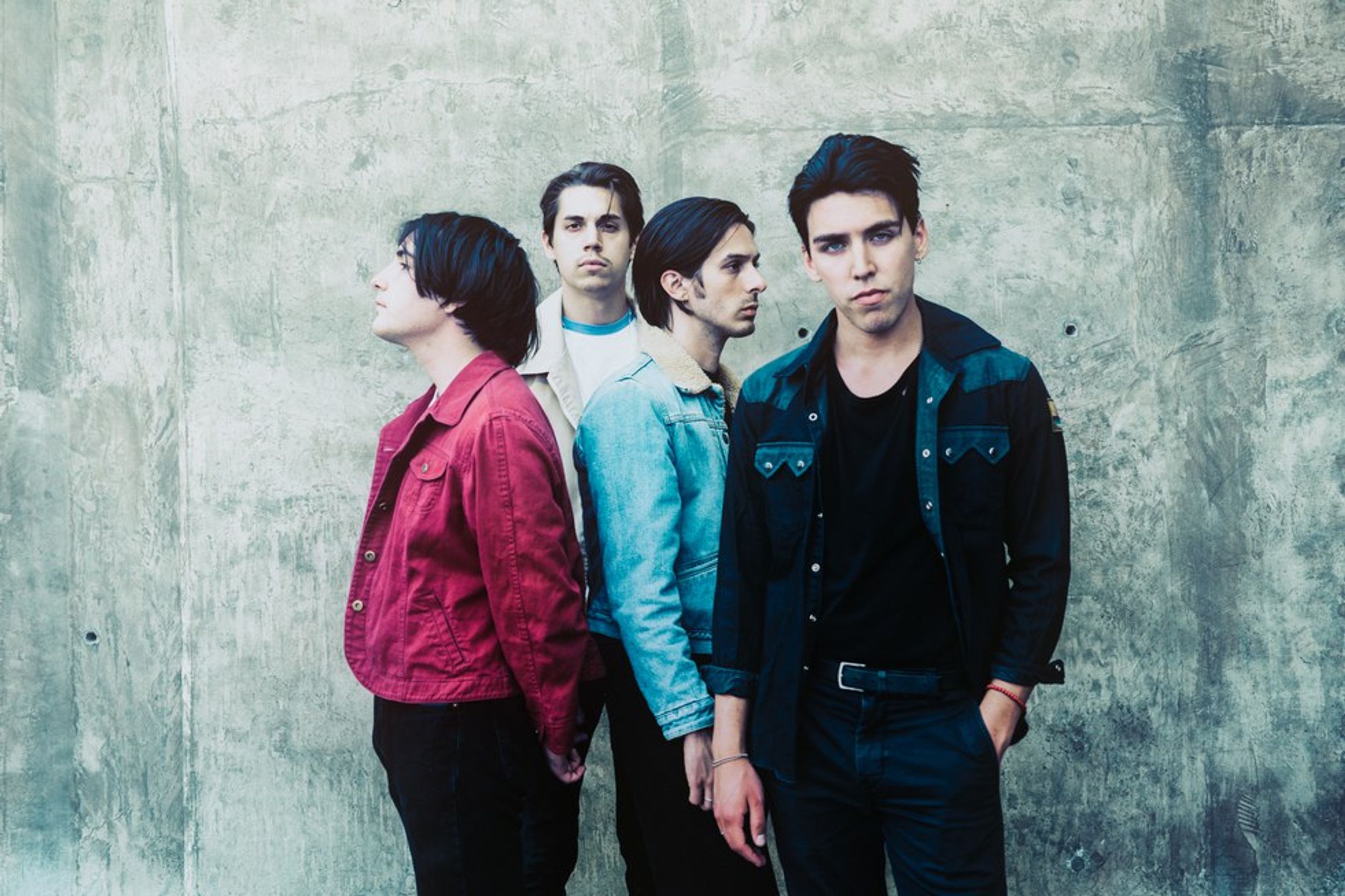 As an avid concert attendee, I've seen my fair share of bands crowdsurf. But not Bad Suns. Frontman Christo Bowman did the unthinkable during a 17 song set to a sold-out crowd; he walked on fans' hands and sang with no trouble at all. If anything, he sang even better than on the alternative band's two albums "Language and Perspective" and "Disappear Here."

The show was at Ottobar in Baltimore, Maryland located in the Charles Village district on March 11. Ottobar is at an odd location due to the fact that it is right next to old townhouses, so to a passerby it can be easy to miss. On the inside, it is very small and at times felt cramped. But on the plus side, it is so small that even if you're in the back, no matter where you stand, you have a great view of the small stage.

Even though the venue is a bar, a good majority of the fans were under 21, as seen by the black x's adorned on the back of their hands. Earlier that day, those who lined up to get a front row spot (mind you, that Saturday it was around 30 degrees with a chilly wind) were in for a treat when the band not only gave out hugs, but also bought them hot chocolate. Closer toward the back of the venue were those of legal drinking age, who were dancing along to the bands' 70's and 80's inspired and guitar driven songs, especially during "Daft Pretty Boys," "Dancing On Quicksand" and "Swimming In The Moonlight."

Formed in 2012 in Southern California, Bad Suns released their first song "Cardiac Arrest" with no intention of getting any recognition. Currently, the song has over 31 million plays on Spotify and the band has opened for The 1975 and Halsey, has played at Coachella and has headlined their fair share of tours. It is no surprise why the band has sold-out multiple shows on their 2017 "Heartbreaker" Tour and as said before, they somehow manage to sound even better live than on their albums.

Bowman was the only band member to speak to the crowd throughout the night. While tuning his guitar in between songs, he asked the crowd "Who became a fan because of our first album 'Language and Perspective?'" The entire crowd immediately shot their hands up and cheered. With a laugh, the singer then asked "What about our second album?'" And then there was silence.

I can't remember a time when I danced so much at a show. I felt so carefree throughout the night, and I did not want it to end.

But all good things must come to an end. When the lights turned back on signaling the show was over, I stood there in awe. Thank you, Bad Suns, for leaving me speechless.