The Companions: 8 Of My Favorite Fictional Characters
Odyssey

The Companions: 8 Of My Favorite Fictional Characters 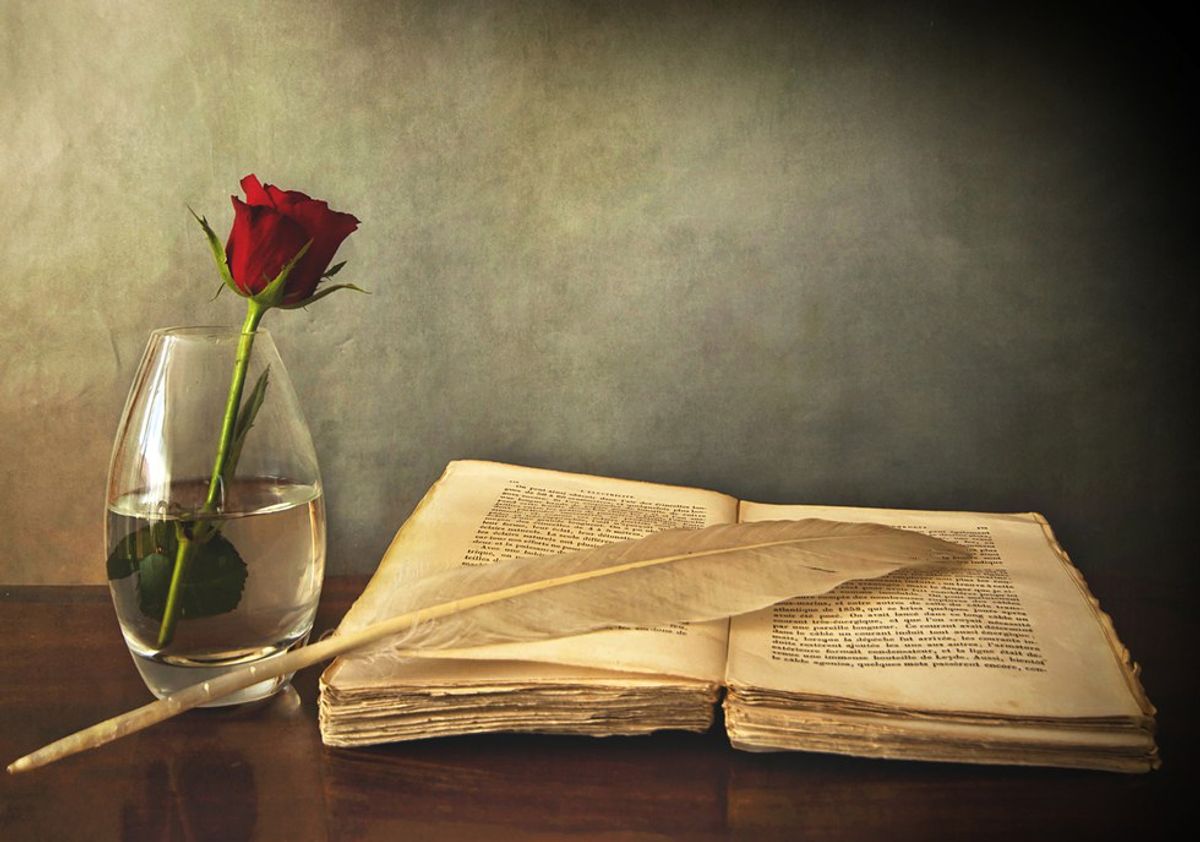 I love to read, probably more than I love to write. Going to a bookstore or a library and thumbing through a new book, or one you've perhaps already read a dozen times, has calming effects that are unmatched by pretty much anything else in the world. Opening the cover, turning the pages, and being sucked into an adventure without even leaving your favorite armchair is worth every penny that you spend on books. And what makes the journey so much more memorable? The character that you grow to love the most. It doesn't even have to be the main character of the story. It could be his lovable red-haired friend, the love interest of the story, or even the main character's talking cat. This is a list of my top 8 favorite characters in literary fiction.

Just about everyone's favorite Salvatore brother, I fell in love with Damon through the pages of the books. I loved his sarcasm and the little fiery edge that he has in almost every line. I love how even though he gives Stefan a hard time in the books, he's always there to stick up for his brother and protect him. Ian Somerhalder does a great job of portraying this character that I already knew and loved.

6. Legolas Greenleaf, "The Lord of the Rings" by J.R.R. Tolkien

He's every LOTR fan's favorite elf. He's a prince and a messenger for his dad, and he always remains loyal to his friends, especially the dwarf he started out hating and grew extremely close with. I'll admit it, I fangirled hard over Orlando Bloom after this movie came out. He just brought the character even more to life. Legolas in the books is very similar to the one in the movies, and I'm forever grateful that "The Lord of the Rings" was created. If there's anything I'm super nerdy about, it's LOTR.

The leading lady of the story, Elizabeth Bennett will always be my favorite classical character. I see so much of myself in her character. She's so headstrong, especially for the fashion of the time where marriage is concerned, thinking that marriage should be for love instead of for status. But, boy, does her status change when she ends up with Mr. Darcy!

4. Allyson Healey, "Just One Day/Just One Year/Just One Night" by Gayle Forman

Okay. I'll start off by admitting that I haven't read "Just One Night" yet, but, just going off the storyline for the first two, Allyson has the opportunity that I've always dreamed of: going off on a trip to Europe to see the sights and learn about the countries and cultures. Then she meets this handsome stranger and ends up letting fate carry her where it may, which, in "Just One Day" means Paris, France. Every time I read "Just One Day" and "Just One Year" I'm constantly left wondering when my Willem will show up.

Whoever has read the "Vampire Academy" novels has got to love Rose Hathaway. She's headstrong and a fighter and she always puts her best friend Lissa's life above her own. The feelings she develops toward Dimitri make her even more determined to be the best warrior she can be, and I feel like that's how love is supposed to work. It should make you want to be the very best that you can be. Rose embodies so much of that, and that's why she's in my top three.

Lestat is one of my favorite characters ever created. Out of all the vampire novels I've ever read, I've never come across another character who is quite like Lestat de Lioncourt. He's smart, cunning, stylish, a bit dependent on others, and has a bit of a flair for the dramatic. Yeah, Damon Salvatore probably comes to mind on this one, but, as much as I love Damon, he doesn't even come close to Lestat.

I'm not quite sure what it is about Jack McShane. Maybe it's the flirting he does with Officer Connie Jones or just his usual sarcastic self. Maybe he just reminds me a little of Spike from the "Buffy" series. Jack is just one of the coolest vampires in any story I've ever read, and the fact that the novels about him are set in Savannah, Georgia makes the story that much more interesting to me.

Emmaline B
The Narrative
29029
https://unsplash.com/photos/O0T1SIgHAfM