A Review Of The Comic 'The Fourth Planet #4'
Odyssey
CurrentlySwoonLifestyleHealth & WellnessStudent LifeContent InspirationEntertainmentPolitics and ActivismSportsAdulting
About usAdvertiseTermsPrivacyDMCAContact us
® 2023 ODYSSEY
Welcome back
Sign in to comment to your favorite stories, participate in your community and interact with your friends
or
LOG IN WITH FACEBOOK
No account? Create one
Start writing a post
Student Life

A Review Of The Comic 'The Fourth Planet #4'

The latest from Fred Kennedy and Miko Maciaszek. 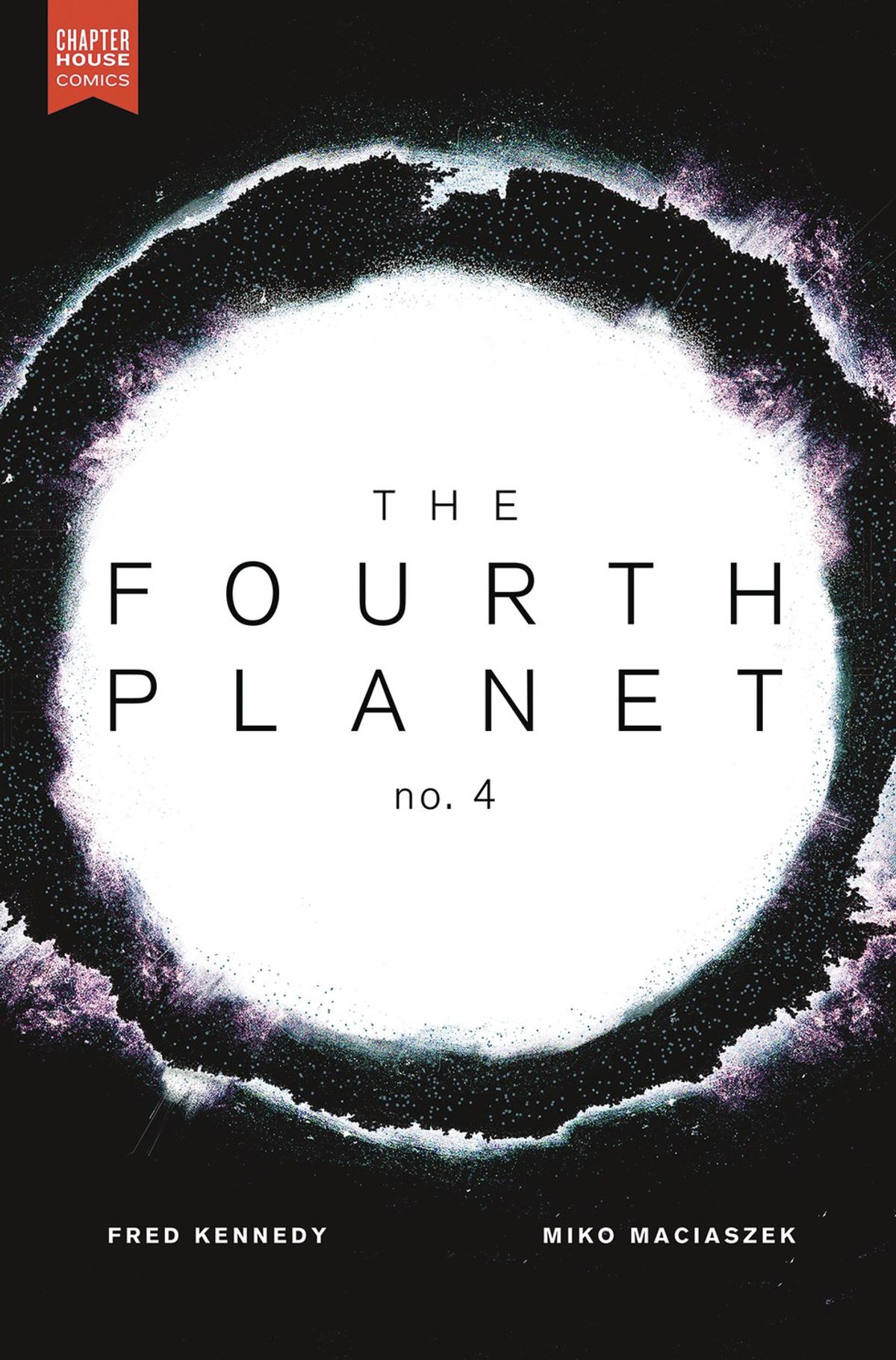 "The Fourth Planet" is published by Chapterhouse Comics. It is written by Fred Kennedy with art by Miko Maciaszek.

"The Fourth Planet" is a story of survival, of liberation, of exploration, and of war. It encompasses so many things in one to create this new, sci-fi world where you aren't really sure who's side you're on, and one of the sides is humans!

Our story is about a planet of two warring races (the Yultan and the Foon) and the human slaves who land there. In this futuristic universe, humanity has been enslaved, however, one group of rebels manages to steal a warship and land on a planet they hope they can create a life on. Yultan scouts attack and kidnap a human to learn more, causing the humans to invade to retrieve their comrade. Meanwhile, the Foon see this as a divine blessing from the gods and begin to attack in order to prove they are worthy of divine providence. So the humans go from liberated to fighting two different battles. However, despite being outnumbered, the humans have superior weaponry on their side. Will the humans be able to make peace between the three races, or will they become the very thing they escaped from?

WARNING: FROM HERE ON, THIS REVIEW WILL CONTAIN SPOILERS IF YOU HAVE NOT READ THE FOURTH PLANET #1 – 3


As always, we begin with a data entry log that gives us more information on the humans before landing on the planet. This time, we learn how they planned their escape and how they executed it. It's a very logical and probable plan. Then we cut back to fighting. Despite being lesser equipped, the Yultan know how to hold their own in this spears vs. guns battle. While this is happening in the city, the remaining humans are soon attacked by the Foon. Again, the Foon don't have the weaponry, but they are huge and hard to bring down. They already thrive on battle so the belief that this battle will show their worth makes them even more motivated to slaughter without mercy. Fighting and chaos everywhere. Even Ixandra (with sweet new super powers) is easily pulled into the battle with no side really even knowing why they are fighting. Everyone is pulled in except Quando, a Foon. Which is extra intriguing because the Foon are the brutes while the Yultan are the intellectuals. The Foon are strong warriors, the Yultan are peaceful innovators, the humans were slaves but are incredibly advanced (compared to the other two), and yet here comes Quando, Foon member, being the only sensible being during all of this chaos. And I love it.

Pros: Personally, I love that its a member of the Foon that comes in peacefully, wanting to talk. Well, he may end up trying to kill everyone, but he seems like he has a solid plan, so we'll stick with that for now. It's human nature to fight when one of our own is taken already, let alone if you have been enslaved your whole life and just tasted freedom. Of course you're going to go after your comrade (well, plus they shot the Captain, which didn't help). The Yultan are smart, but they definitely don't know what they're doing when it comes to war or making contact with something new. They attacked without thinking, they kidnapped a human, and when the Captain came, instead of seeking an understanding, they attacked again. And while the Foon are more barbaric, they understand war. We get to see diversity and strong females in this issue as well, which is always a nice touch. I also love how Ixandra looks right now. She looks like she is the embodiment of an entire cosmos, it's absolutely beautiful. And again, strong female character now powered up with hand blasters,

Cons: I'm a little disappointed in Ixandra. I mean, I know she has this new body and these new powers, but I was expecting more from her. I think there's a lot going on with taking on this new power and role, but still, I feel like she could have done more. I also feel like she has more power than we or even she knows though and I'm sure we'll get to see that soon. That's really my only complaint though, I just felt like she hasn't lived up to the magnificent power that was just bestowed upon her. But we have time. I mean, it's only the 4th issue!

While I have my nitpicks, I still loved this issue. The fighting, the technology, the characters, everything seems to be growing and developing more and more in this new world and I just want to keep reading! That's how you know its a good story. So make sure you pick up a copy of The Fourth Planet #4 at your local comic store.