Comic Reviews: Justice League of America: Vixen Rebirth
Odyssey
CurrentlySwoonLifestyleHealth & WellnessStudent LifeContent InspirationEntertainmentPolitics and ActivismSportsAdulting
About usAdvertiseTermsPrivacyDMCAContact us
® 2023 ODYSSEY
Welcome back
Sign in to comment to your favorite stories, participate in your community and interact with your friends
or
LOG IN WITH FACEBOOK
No account? Create one
Start writing a post
Student Life 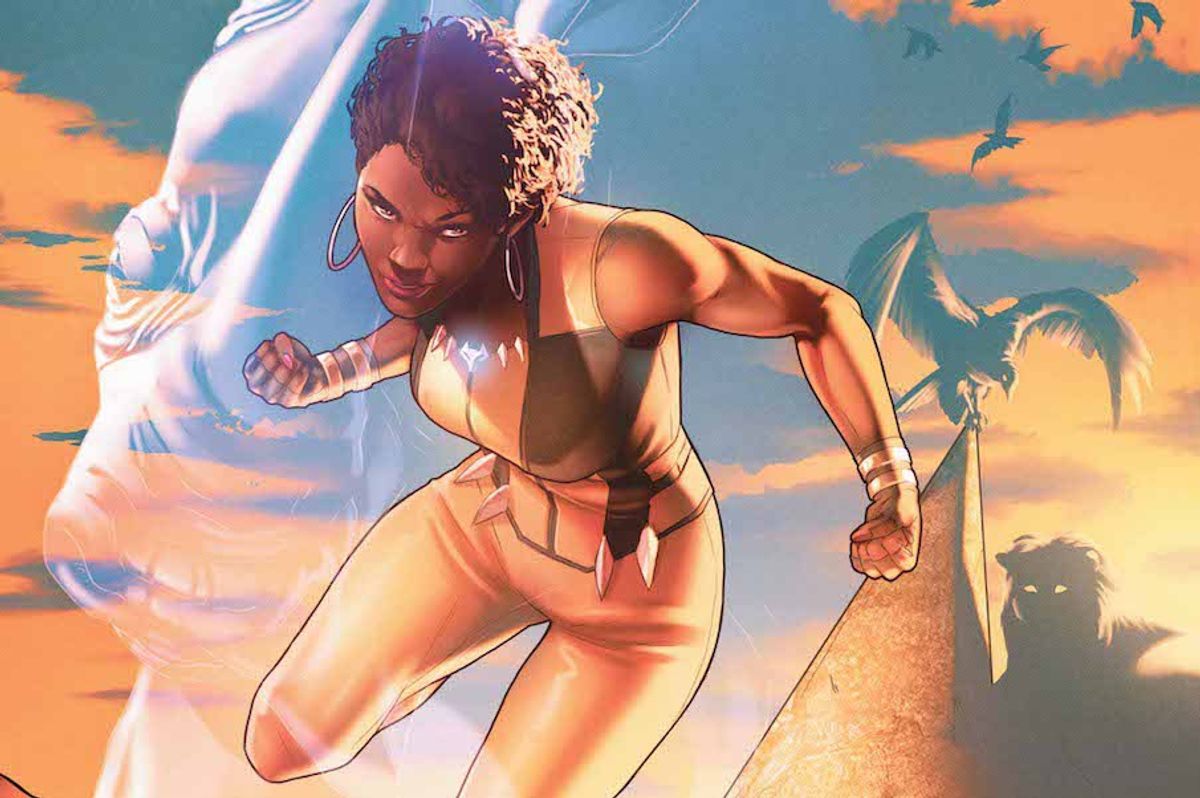 OK, so some background for those of you who don’t know Vixen. First off, I’m super psyched she’s getting a Rebirth because she’s an amazing character that they just kind of brushed to the side for a while even though she deserves some spotlight. Moving on…Vixen a.k.a. Mari McCabe, is the descendant of an ancient Ghana warrior called Tantu. After the murders of her mother and father, she moved to America and established herself as a model, gaining fame and wealth. Enough wealth to travel back to Africa and take back Tantu’s totem, which had been taken from her father after his murder (the totem also being the reason for the murder). Tantu’s totem gives Vixen the power of the “Red”, which allows her to make contact with Earth’s morphogenic field: basically, she can draw the abilities of any animal that has ever lived on the planet and all she has to do is focus on said animal. How freaking awesome is that? It’s like shapeshifting but without the full-body transformation. All of that plus she was DC’s first leading black female superhero and she STILL didn’t get her own run until Return of the Lion and it was only a 5-issue mini! But here we are, finally with a Rebirth and hopefully it will lead to her much deserved solo-series.

Alright. Now that you know a little bit about Vixen, we can move on to the comic plot. Even with her fame and fortune, Vixen has never been one to ignore her past or people like her who have suffered. She grew up in Africa where she watched animals being poached, she was an orphan. And so, she is the head of several animal protection and child help organizations. So when a teenage girl calls her out on live TV for her lack of intervention in her mother’s disappearance, Vixen takes it upon herself to track her down and bring her home.

Pros: I just really love Vixen’s character. She’s like Bruce Wayne, but she doesn’t have a fake persona. She doesn’t try to pretend to be someone she’s not to throw everyone off her trail. She is who she is. Despite her fame and fortune, she cares about animals and children who lost their parents. This is focused mostly on Vixen’s past and her personality. I really liked that. She isn’t a character that we know a lot about so we deserve some background.

Cons: The villain was meh. He was run of the mill, kidnaps people who were responsible for “ruining” his life, splits up their families as revenge for splitting up his, blah blah blah. I really liked Vixen totally calling him out on that, don’t get me wrong. But it still just made for a bland wrap-up to an otherwise intriguing story.

Although I greatly enjoyed the story and the flashbacks, the villain just wasn’t the hard-hitting finale that I was hoping for. Even so, definitely worth the read. So make sure you pick up a copy from your local comic store!