Comic Review: Justice League of America: Killer Frost Rebirth
Odyssey
CurrentlySwoonLifestyleHealth & WellnessStudent LifeContent InspirationEntertainmentPolitics and ActivismSportsAdulting
About usAdvertiseTermsPrivacyDMCAContact us
® 2023 ODYSSEY
Welcome back
Sign in to comment to your favorite stories, participate in your community and interact with your friends
or
LOG IN WITH FACEBOOK
No account? Create one
Start writing a post
Student Life

A review of the latest JLA rebirth member, Killer Frost! 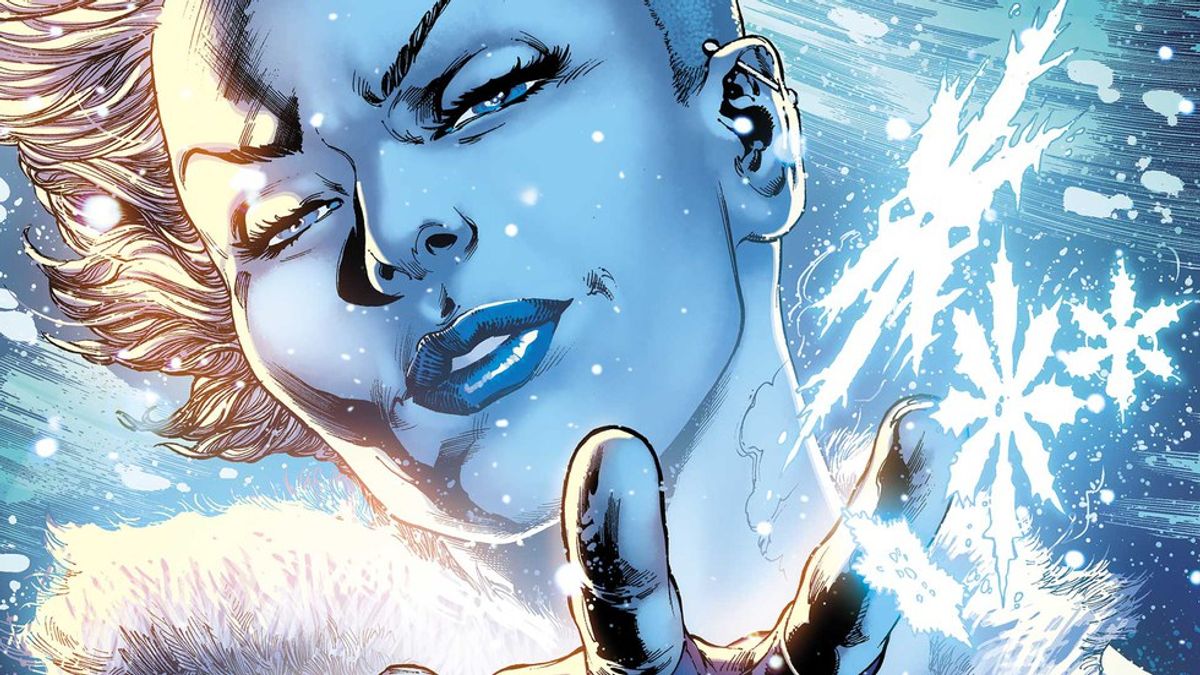 Justice League of America: Killer Frost Rebirth, is published by DC Comics. It is written by Jody Houser and Steve Orlando, with art by Mirka Andolfo.

Killer Frost is a name you hopefully recognize, she has been a DC villain since the late 70s, hower, she is actually 3 different women. The first incarnation was Crystal Frost, a promising science student at Hudson University. Crystal fell in love with her teacher, Martion Stein (one of the two men involved in the accident which created Firestorm), but he did not return her feelings. After accidentally locking herself in a thermafrost chamber, she was changed into something...different. Able to absorb heat from living beings and manifest cold and ice. She gave herself the name "Killer Frost" and initiated a crusade against men (a.k.a she killed lots of dudes). Following her death, Dr. Louise Lincoln, a friend and colleague of Crystal's, recreated the experiment to become the next Killer Frost out of respect for her now dead friend. Louise was just as, if not more ruthless, than Crystal. She was eventually beaten by Wonder Woman and Black Canary. Thus, we reach the final and current incarnation of Killer Frost: Caitlin Snow. Like Crystal and Louise, Dr. Caitlin Snow was a promising young scientist sent to the Arctic outpost for S.T.A.R. Labs to work on the thermodynamic engine. However, the lab had been taken over by H.I.V.E. agents. They tried to kill her inside the engine but Caitlin managed to rip off the coolant system, which merged her body with the ice. When she emerged, she killed the H.I.V.E. agents out of revenge, left, and then basically became a super villain.

Ok, now that you're all caught up, I can talk about the actual comic.

*WARNING: THIS ARTICLE WILL CONTAIN SPOILERS IF YOU HAVEN'T READ JUSTICE LEAGUE VS. SUICIDE SQUAD*

Justice League of America Rebirth: Killer Frost, is about, *drum roll please* KILLER FROST! Shocking, right? So anyway, following the events of Justice League vs. Suicide Squad (which you should read, it's good), Caitlin has been relocated back to Belle Reve. She is awaiting to be released to the Justice League so she can begin her training toward becoming a hero, however, Amanda Waller "loses" her paperwork, so she is stuck until the paperwork gets resubmitted and approved. This is, of course, all part of a test orchastrated by Waller, who doesn't believe Caitlin can change. She's killed too much and she needs to "feed" to survive, Waller is banking of Caitlin slipping up and killing someone so that she can keep her under her control on the Suicide Squad. So, while depriving Caitlin of a means of a heat source, Waller sets up several different confrontations to push her into a corner, to try and torture her in to using her powers to kill.

Side note: I don't know too much about the previous Killer Frosts, I know they can absorb heat, but I don't know for certain if they NEEDED to. Either way, Caitlin NEEDS to absorb heat or she will die. Hence the "feeding" and the torment she feels when she's placed in a room with a girl that's a pyrokenetic.

How will Caitlin overcome not just starvation, but attacks from inmates paid off by Waller as well? Will her desire to change be enough?

Pros:
The art is beautiful. I love the design of this Killer Frost. She looks like someone her age should. By that I mean, I could totally see her (minus the blue skin) walking around today. She has a very modern look to her and it helps make her relatable. I also love how the character is written. Again, very modern, very age appropriate, very relatable to young women. And I love that this issue is dedicated to her test of will and desire to change. She isn't a killer, she never wanted to be a killer, she wanted to do good for the world. And now she can. Even if she has to suffer, even if she could die, even though its hard, she doesn't have to be a killer. She's a character of hope and change and I think we need that.

Cons:
So, I'll do my best to be as vague as possible, but just in case, *SPOILER WARNING*:
Something happens and Caitlin gets a blood transfusion to save her from her "starvation" and like...wait. What does blood has to do with her need to absorb heat? If she just needs blood transfusions, why has no one ever set something up? Does that mean there are other alternatives? I'm a little confused on how exactly this all works.

I really enjoyed this issue and the look into Caitlin's inner-psyche. I also liked the depiction of Amanda Waller. She's just...a terrible but good individual. She does want to protect the world, but damn, she's such a bitch. It's great. So make sure you pick up a copy from your local comic store!

QueenRadhi
The State University of New York at Stony Brook
3104