It's not what we're taught to believe. 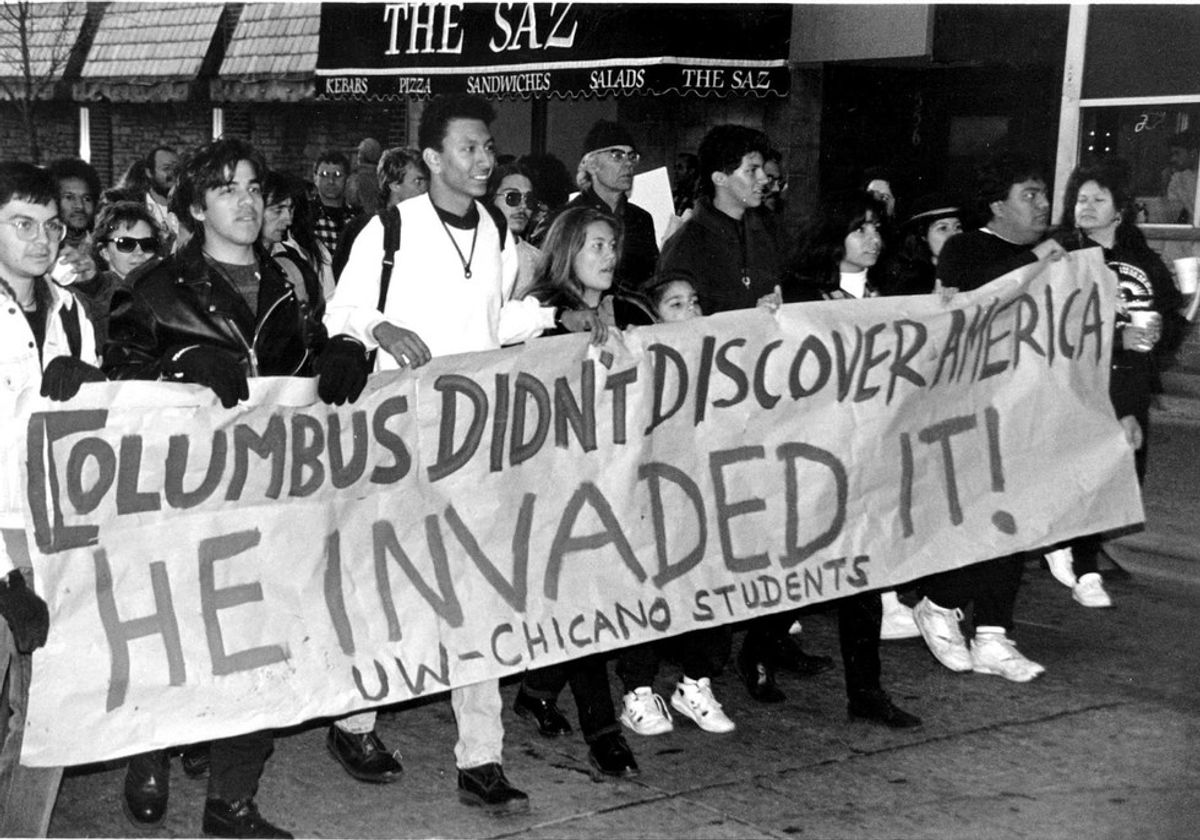 In 1492, Christopher Columbus sailed the ocean blue and today, his legacy is one that’s honored and praised for discovering America. On the second Monday in October each year, we celebrate Columbus Day and have been taught from a very early age that he was the first man to discover the country in which we live and that it was such a grand moment in our history that Congress and President Franklin D. Roosevelt officially proclaimed it a federal holiday in 1934. But is it okay to take a day off from school or work to honor a man who murdered, abused, tortured and enslaved thousands upon thousands of men, women, and children?

In reality, this legacy of Christopher Columbus is a façade and his true one is full of imperialism, genocide, cruelty and horror. Columbus’ journey was dedicated to finding an easier route to the Orient when he just so happened to land in the Bahamas. There, he met the peaceful natives called the Arawaks, the Lucayans, and the Taínos and there, began his true legacy. Much to his ignorance, he believed he had arrived at his intended destination and that is the reason why he referred to the natives as “Indians.”

Christopher Columbus conquered and seized the land of the natives quickly. He enslaved many, forcing them to work in gold mines until they eventually died of exhaustion. He also managed the selling of native girls into sexual slavery, most of which were ages nine to ten, but that wasn’t even the youngest that were a part of the trade.

More than a hundred of the natives committed mass suicide, not wanting to live under the rule of Columbus. He essentially created slavery and his son went on to be the first African slave trader in 1505. Other atrocities committed by Columbus include cutting off a native’s hands and hanging them around his neck if he did not collect enough gold. It would be a ‘message’ to the other workers, not to slack off or leave a job unfinished. If a native refused to go into slavery, Columbus would cut off a nose or an ear. If a native tried to run, they would be lit on fire and burned alive or would have dogs run after them and tear off a limb. Often times, whenever the Spaniards ran out of meat to feed the dogs, Arawak babies were killed to be used as dog food.

With all of these cruel and inhumane acts happening, you must be asking who ever let him get away with it all? Christopher Columbus actually was arrested and taken back to Spain to answer for the crimes he was committing, but the king and queen pardoned him because he was bringing them gold and making them wealthier. The two were drowning in their own avarice and riches.

Bartolome De Las Casas, one of Columbus’ men, was so horrified by the barbaric acts carried out by Columbus and his crew that he quit working for him, ran off and became a Catholic priest. He noted that Columbus commanded his men to cut off the legs of native children to test the sharpness of their blades. He also said that the men would make bets as to who could cut a native in half with one swing of their sword.

Christopher Columbus gets all the credit, but was not the first one to discover America. A Viking named Leif Erikson was a Norse explorer and was the first European to land in North America, 500 years before Columbus ever did.

Columbus Day is not a day worth celebrating. The man behind the holiday is a monster who committed deplorable, menacing and unspeakable acts, but please, let’s speak about it more. Let’s teach the children the real history lesson, the one of dark days where Christopher Columbus conquered land that was not his for the taking. The one where he murdered, enslaved and tortured more than a hundred thousand humans as if they were any less of him, almost completely wiping out the existence of the Arawaks, the Lucayans, and the Taínos. That is Christopher Columbus’ true legacy and that is the man we have an entire day dedicated to. Still think we should celebrate it?