If These 25 College Majors Were New York City Neighborhoods

The city never sleeps and nor do college students. 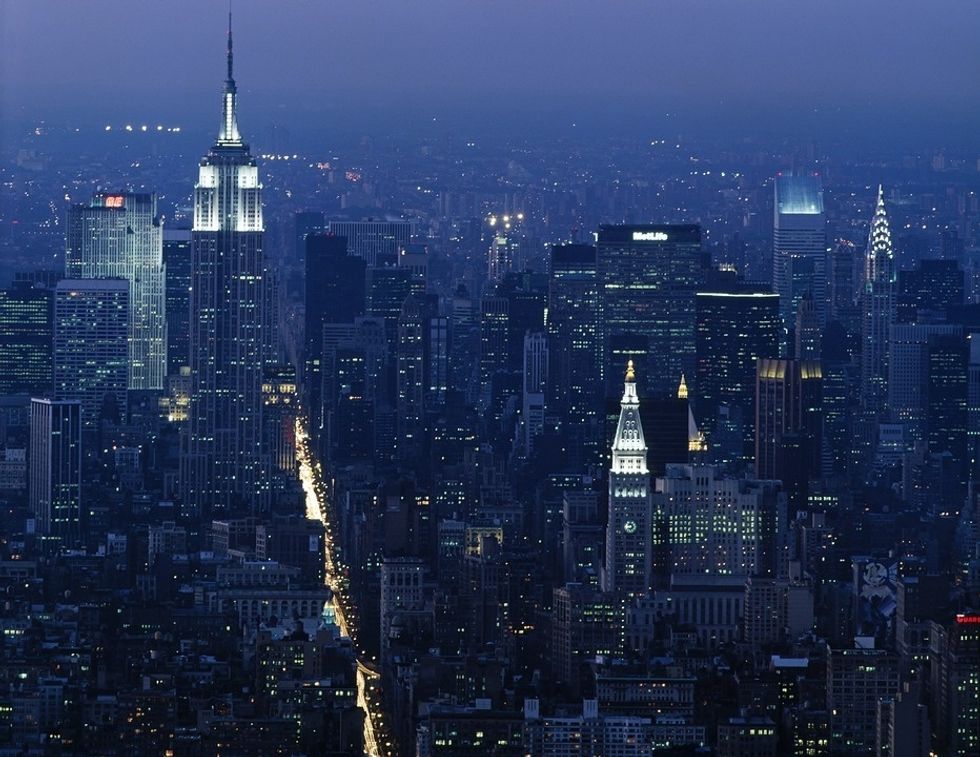 New York City, a city full of diversity and opportunity (that actually is less than 30 miles from my house), has a wealth of different neighborhoods, each with unique characteristics, different "personalities" that distinguish them from one another. The city itself never sleeps, but as college students in rigorous majors, nor do we.

So as students, each with a unique major (or no major at all), here are the college majors as NYC neighborhoods:

This smaller neighborhood within Manhattan's Upper East Side has both the Metropolitan Museum of Art and the Solomon R. Guggenheim Museum! Home of the third most visited museum in the world and the museum that hosted NYC's most popular exhibition, this neighborhood is the perfect representation for art majors.

As a proud Yankee fan, I must say that the true NYC headquarters for sports is the Concourse neighborhood of the Bronx. You can't really beat 27 World Series wins so, therefore, you can't dispute that this is the sports capital of the city.

A tourist-y and family-friendly part of the city (without the hustle and bustle of Manhattan), Coney Island is perhaps the perfect comparison for a hospitality major. This neighborhood must accommodate people of all ages to ensure the safety (and fun) of all of its visitors.

Home to both the Bronx Zoo and the New York Botanical Garden, you get a wealth of life and nature in an otherwise urbanized region. There is plenty to study in both of these attractions, which makes it a perfect parallel to a biology major.

This comparison pretty much speaks for itself, but as home to the New York Stock Exchange and the leading financial center of the world, many business majors may end up finding themselves in this part of NYC.

Times Square holds the center of the Broadway Theater District, so it should go without saying that this part of the city is perfect for anyone in the performing arts whether it is music, dance, or theater. Where else would a performing arts major want to be than "The Crossroad of the World?"

This neighborhood situated at the New York end of the George Washington Bridge contains New York-Presbyterian hospital's psychological and psychiatry services that treat mental illness, addiction, and learning disabilities. Fun fact: according to many reports, these services rank #1 in the U.S.

Vinegar Hill tops the list for the highest crime rate of all neighborhoods in New York City. What an appropriate neighborhood for criminology majors to set the law straight.

A music, arts, and literature center of New York City, Greenwich Village is home of Washington Square Park and a large part of New York University. However, without a doubt, it is definitely the capital of liberal arts majors as well.

Corona, Queens is an extremely diverse neighborhood that has had large African-American, Italian-American, German-American, Irish-American, and more recently Chinese-American populations, there is the intermingling of many cultures. Luckily, we have international politics majors to studies these cross-cultural relations.

It is no surprise that at a premier institution like NYU, there would be high quality medical programs. However, as dispersed throughout the city as the university is, all of the medical programs are concentrated in Kips Bay. That's right, no neighborhood in NYC screams "pre-med" like this one on the east side of Manhattan.

It's hard to locate a place in NYC that is more American (and therefore more political) than Ellis Island. The land that seats the Statue of Liberty, it's been a site of immigration and a symbol of our identity as America and our place in this world (which among today's politicians is still debated).

There are many companies and many demands for technology in NYC, but the Flatiron District is where all of the high-tech industries are focused. It houses Silicon Alley, which gave many companies their jump start during the Internet boom in the late '90s and early '00s. To this day, many of the technological companies reside in this neighborhood.

South Beach has been the unfortunate target of many hurricanes (it is located along the coast after all). However, impending harsh weather conditions are the perfect storm (no pun intended) for meteorology majors.

These two conjoined islands hold the viaducts of the Triborough Bridge (a.k.a. the Robert F. Kennedy Bridge) that links the 3 boroughs of Manhattan, Queens, and the Bronx. I think it's safe to say that this system required some pretty skilled civil engineers to link together three different NYC boroughs.

As the location of the transformer explosion that caused the whole sky to turn a bright blue (and subsequently made tons of headlines), it's safe to say that Astoria, Queens is in high demand for some electrical engineers to save the day.

The MetroTech Center is a hub of the combination of technological development and engineering in New York City. These two practices are definitely intertwined in any computer science program which also makes it the perfect place for computer science majors.

As the location for the Teachers College branch of Columbia University, one of the premier graduate schools for education, Morningside Heights in Upper Manhattan is the perfect place for any education major.

Tottenville is the southern shore of both Staten Island and all of New York that has worked to protect the environment. With problems of ocean dumping that have threatened the oyster population to policies to prevent further contamination of the soil, people have taken many measures to make sure we are helping the planet.

Brooklyn Heights is known for its vast variety of architectural styles ranging from Greek Revival to Classical Revival, from Italianate to Neo-Grec, from Romanesque to Victorian Gothic to Second Empire...the list goes on. This neighborhood is a heaven for current and prospective architects.

Named "In Spite of the Devil" or possibly "Spewing Devil," in Dutch, this wealthier neighborhood in the Bronx has historic architecture and an eerie history. While accounts say that men died swimming the waters "from the devil" in the form of a large fish, it takes a real historian to find the truth behind the establishment of this neighborhood.

NoHo, or North of Houston Street (as opposed to SoHo), has The Cooper Union for the Advancement of Science and Art which boasts a top-tier chemistry program. Not to mention, it also essentially borders the NYU College of Arts & Science. Therefore, you can expect to create some pretty cool explosions north of Houston Street.

Flushing has one of the multiple Chinatowns, which presents what is ranked as not only the best international food in NYC but the best food throughout the entire city. It takes a true food scientist to not only pull off good international food but takes the crown on numerous rankings for the top cuisine in a major city.

And finally, for those who don't know their future prospects, for those who didn't yet pave their career path or urbanize their own land, Silver Lake represents the undecided people. Mostly a reservoir and land kept in its natural form, it has not been covered with commercial buildings like the rest of the city--and that is perfectly okay!