I Wrote Another Song 'Cuz I Was Insecure
Odyssey
CurrentlySwoonLifestyleHealth & WellnessStudent LifeContent InspirationEntertainmentPolitics and ActivismSportsAdulting
About usAdvertiseTermsPrivacyDMCAContact us
® 2023 ODYSSEY
Welcome back
Sign in to comment to your favorite stories, participate in your community and interact with your friends
or
LOG IN WITH FACEBOOK
No account? Create one
Start writing a post
Entertainment

I Wrote Another Song 'Cuz I Was Insecure

And Then Felt The Need to Tell Everyone About It: Struggles with Authenticity, Originality, and All That Jazz 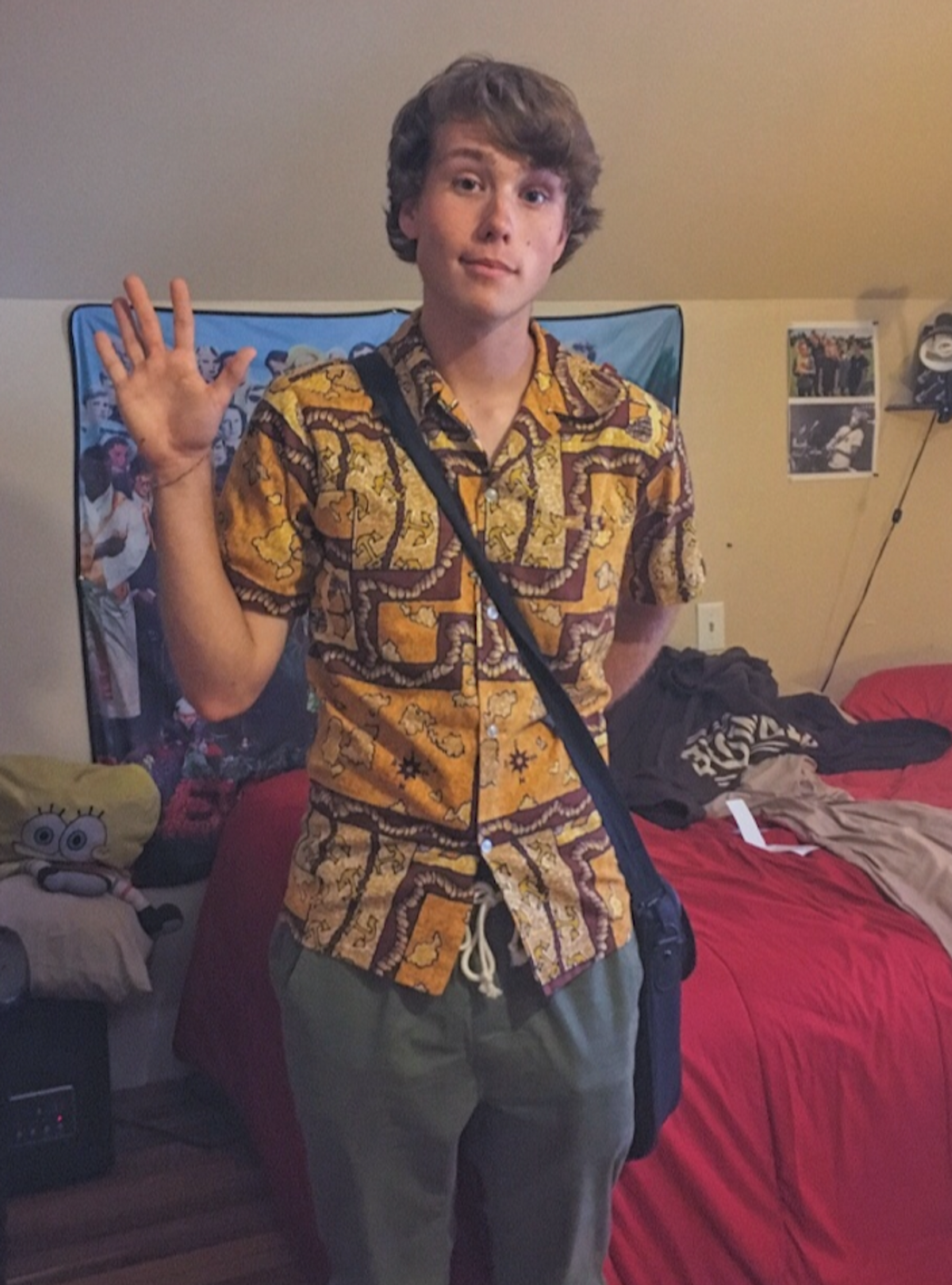 The expression “stay true to yourself” doesn’t make much sense to me. As a creature of free will, I have the ability to define myself by any interests and morals I want, usually decided upon my own experiences. But do we not change with every new experience? What definitions do I hold as static, and what definitions do I change? How do I define something as being “myself”?

I’ve struggled with the concept of individuality for some time. While we all have interests or characteristics that we may associate with ourselves, it’s not as if these interests are entirely unique to us.

I’m a straight white male, who plays the guitar, and goes to a liberal arts college. I enjoy drinking coffee, writing in my journal, and feeling like I have something intelligent to say. I listen to vinyl, often while wearing some underground indie band shirt. I run around in flannel and Christmas sweaters in April, just because it makes me feel a little “different”. You could ask anyone who knows me to confirm this as a fairly accurate description, yet I don’t sound any different than any of the other Liberal Arts majors in New England.

Even with the sub category of being a Pitchfork loving, concert going, “feel the bern’n”, iPhone using, millennial loathing, 19 year old, I’m absolutely the same as everyone else. I deal with insecurities about my intelligence and personal image. I want to seem sensitive and kind, but also assertive and strong. I’m not great in social situations, and have a habit of being awkward. Sometimes it’s the “cute and adorable” kind of awkward, where I’ll fumble with my words, or trip over a chair, getting a few laughs. Sometimes it’s the “more uncomfortable and slightly creepy” kind of awkward where I’ll say something wildly out of context, or have some sort of online conversation with you that leaves both of saying, “I don’t know exactly why he keeps talking, but I wish he would stop now". Above all, I desperately want to feel like there's something that makes me truly different than anyone else. Something that gives my existence purpose.

In my last Odyssey article, “A Letter To My Loved Ones”, I talked about my most recent musical endeavors, and how they relate to my anxieties about life at the moment. “Almost Fun”, perhaps the most challenging track I've attempted to produce, and one of the more lyrically dense songs I’ve written to date, has been open on my computer for the majority of the summer. After months of recording, mixing, re-recording, and spending countless afternoons driving around to the angsty mix of scratchy guitar, distorted synth lines, and whiney vocals coated in reverb, I finally began to feel that I was nearing the emotional impact I was trying to get across. The song, originally written in May, depicts the perspective I had on myself, and college life at the time. While I had written about my feelings about other people and situations before, this was the first time I’d ever tried to depict myself as a character, and to define myself in a lyrical way. As I look back to the beginning of the summer, I can see how my perspective has developed since leaving my college environment, leading me to question once again, “How do we define ourselves, and how 'true' can our definitions be if we are ever-changing creatures?" At the time of writing “Almost Fun”, I understood myself to be an individual who was different from others based on distinct experiences, yet lacking a sense of originality due to my common interests and outlooks, leaving me desperate to seek a sense of authenticity.

By the end of my freshman year, I felt an atmosphere of pretentiousness, and cynicism at Skidmore. Steering away from a more pragmatic major left me feeling like I was devalued as an intellectual, and wasn't being taken seriously. At the same time, I was at a crossroads in the place I feel most comfortable; the music scene. I was ostracized from the music majors and performers for deciding against pursuing music academically, yet out of place with the “DIY” culture, a blend of home-made punk and garage rock bands. Depending on the group I was with, any sort of intellectual conversation involving music would turn into a competition of who could best articulate their knowledge of theory, or provide a persuasive argument for why their own musical taste was superior. Sharing my projects with self-professed connoisseurs of the subject turned into analytical criticism rather than for mutual appreciation. While there were many times where I felt those around me were genuinely supporting one another, as I neared the end of the semester, I felt devalued based on my academic choices, and creative interests, resulting in a unconfident state of mind.

“Almost Fun” presents my fear of being purely generic, and my frustration at being perceived as unintelligent, but at also conceited. Searching for a sense of originality, I've painstakingly tried to portray myself through my aspirations, tastes, and creations. No matter how I struggle to frame myself however, I realize it shouldn't matter in the end. In relation to our grander society, all of these worries are insignificant. I should follow the advice I've been given for years: just be happy and do what I want. At the same time, I fall into the same patterns as everyone else, including the desire to accept consumerism and let certain social understandings dominate how I present myself. Many become insecure due to such understandings, whether it be the perfect body or a certain status, and inevitably search for escape.

Perhaps it was all in my head and the sense that everyone thought they were better than me was some twisted irrational fear. But, I left Skidmore questioning if I'd be viewed with the same sense of cynicism I felt in our college community. After a summer away to contemplate, write, and explore different perspectives, I've become more self assured about my state of being. While I feel like being purely authentic is impossible to achieve, I know despite my insecurities, that I am a genuine person, with purpose entirely defined by what I decide it to be. I'm not an empty shell, and try my best to avoid being motivated by a false concept of happiness, because deep down I just want to enjoy who I am. I do feel happy with my life, and although I’m just like every other guitar playing English major, I’m content with the individual I am. Society may hold high standards, yet I think I know myself well enough to retain my sanity.

Of course, we’re all subject to change. There's always a hint of doubt.

The more time I've spent away from school, the more I've let go of how I believe I'm perceived. That's why I've finally decided to put "Almost Fun" out there for everyone to hear.

You can listen and view the lyrics to "Almost Fun" here.
Download it if you want. It's free of course. Music shouldn't be paid for.