Coldplay Takes Metlife Stadium by Storm
Odyssey
CurrentlySwoonLifestyleHealth & WellnessStudent LifeContent InspirationEntertainmentPolitics and ActivismSportsAdulting
About usAdvertiseTermsPrivacyDMCAContact us
® 2023 ODYSSEY
Welcome back
Sign in to comment to your favorite stories, participate in your community and interact with your friends
or
LOG IN WITH FACEBOOK
No account? Create one
Start writing a post
Student Life

The adventure of a lifetime. 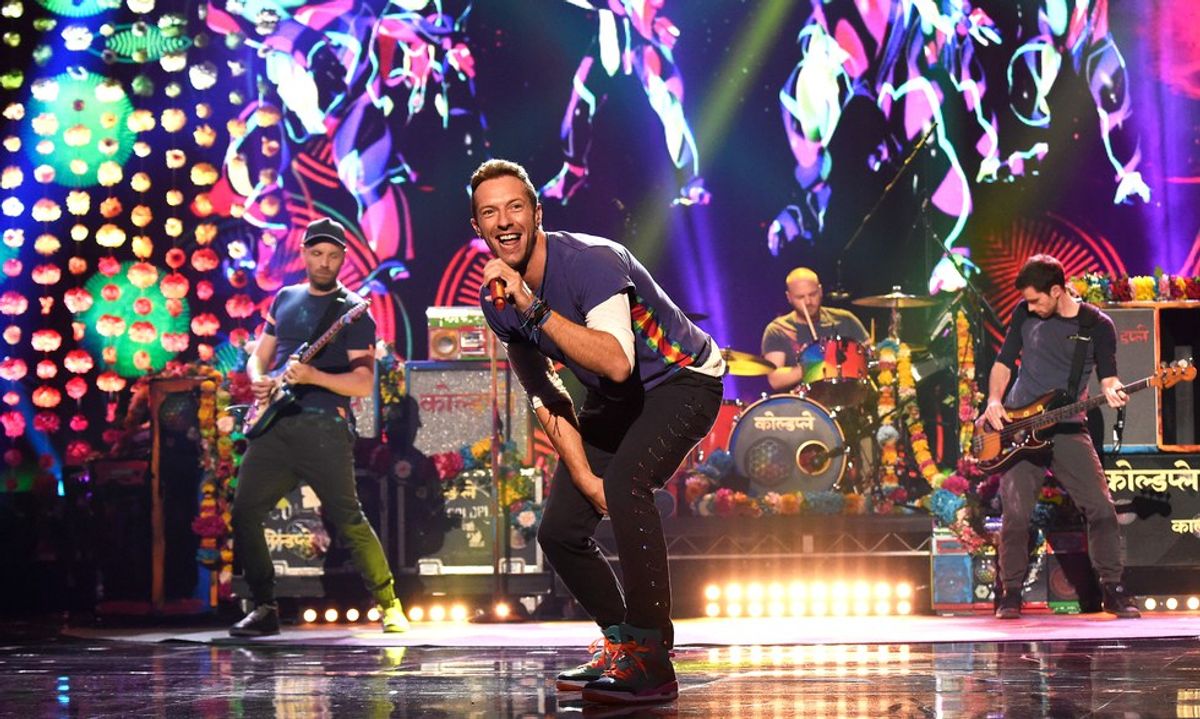 Both Saturday and Sunday night of this past weekend, Coldplay braced the stage of the Metlife Stadium as buses of fans piled into the stadium in hopes of seeing a show they would never forget. Some people might see Coldplay as simply a laid back band that sings the songs like Clocks and Viva La Vida that is occasionally played on the radio, or maybe the band that was upstaged by Beyonce and Bruno Mars during the Super Bowl half-time show, but let me tell you they are much more.

While those who have never seen Coldplay live may think their concert could be boring, mellow, or nothing compared to a Beyonce concert: They are wrong. This concert goes above and beyond every expectation. As every concert goer filed into the arena, they were given a wristband and surely proceeded to their seats. After a talented opener, Alessia Cara warmed up the crowd, Coldplay burst onto the stage in the frenzy of color as the wrist bracelets ignited creating a uniform light show among the crowd. Opening with A Head Full of Dreams, the title song of the album, started the show on an upbeat note with a whole show that was full of pyrotechnics and confetti to follow. The set list ranged from Coldplay’s fast, high tempo songs that make you want to get out of your seat and sing along, to their more mellow tunes which were performed acoustically on a smaller, satellite stage. Chris Martin, the front man of the band, delivered one heck of a performance as he danced and flailed around the stage putting every ounce of energy he had into every song (He also must have sweated through 7 t-shirts!). Laser beams, lights, balloons, confetti, fireworks flitted and flashed about the stadium throughout the show. While with any other performer this might seem like a rave-like gimmick that distracts from the music or performance, with Coldplay it only adds to the excitement since quality music is the root of their show. Coldplay gives a lengthy performance which is jam-packed with song after song including their top hits, new songs, and fan requests. Overall the concert was 10/10. So to summarize in the words of Chris Martin, “Please eat more chocolate, and please listen to more Coldplay. Thank you and goodnight.”