'Coco' Is The Best Pixar Movie I've Seen In A While

'Coco' Is The Best Pixar Movie I've Seen In A While

"Until I'm in your arms again, remember me!" 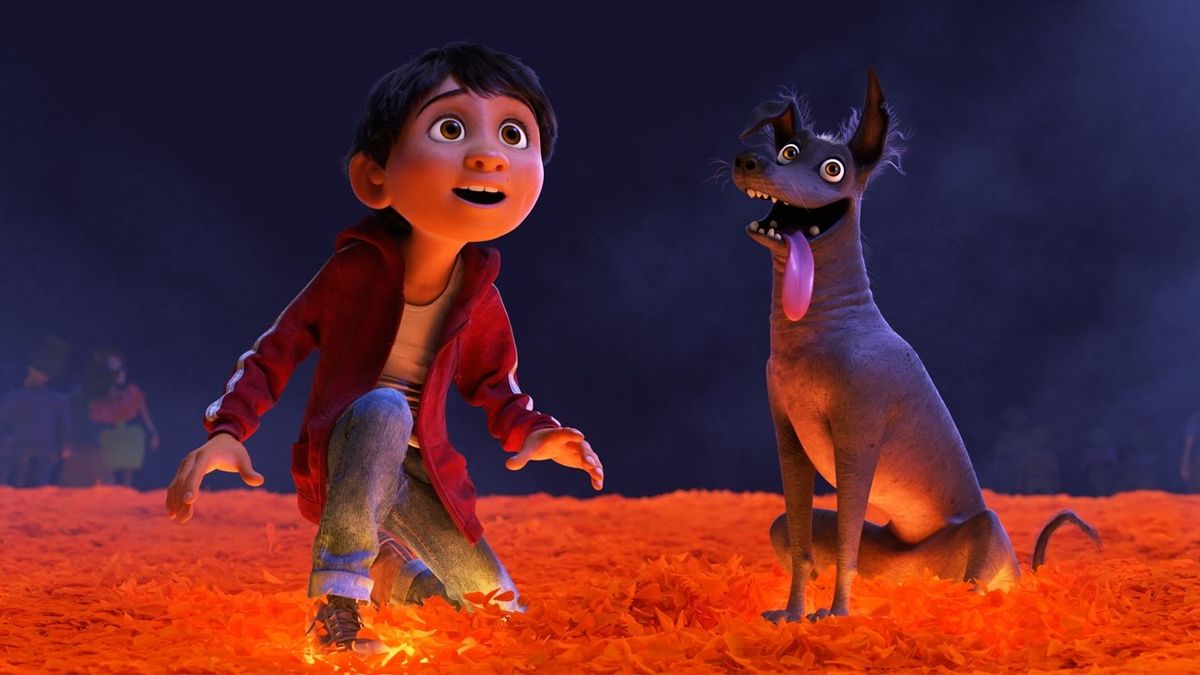 We have to talk. If you haven't seen Pixar's Coco yet, you need to as soon as possible. My best friend was telling me for months to watch this movie and that it was "the best Pixar film yet." And I just kept thinking, "silly girl-there is no way it's better than than Toy Story or Monsters Inc.!" WELL GUESS WHAT? IT JUST IS OKAY? SHE WAS ABSOLUTELY RIGHT.

The film follows Miguel Rivera and his dream to be a musician. However, due to drama with his ancestors, his family has banned any and all music from their home. As Dia De Los Muertos approaches, and Miguel wants to enter a music competition, his strict abuelita reminds him that his destiny is to make shoes in the family business and to honor his ancestors whose pictures remain on their ofrenda. She explains the traditions and customs that come with the holiday to remind Miguel how important family and legacy is.

Miguel doesn't really buy into these traditions all that much and is upset with his family. When he wants to play his guitar or needs inspiration, he hides away and listens to a famous musician from his hometown- Ernesto De La Cruz. He looks up to the very famous Mexican musician and feels a very strange connection to the singer. Because of this he declares to his family that he must be a musician, that it is in his soul somehow! After his family decides not to support his dream, Miguel runs away and after that, things get crazy!

I don't want to give away the whole movie because that would just ruin it. It is such a clever and smart movie that I don't want to spoil TOO much...

Growing up, I was obsessed with Disney. Honestly, I still am. I grew up watching Finding Nemo and Toy Story, Monsters Inc., and just never thought that any film could be better than the ones I used to watch repeatedly when I was little. Because you watch them over and over again and feel a connection to the characters, it's very hard to get invested in newer Pixar or Disney films.

I'm sure anyone older than me or in my age range can agree that The Disney Channel isn't what it used to be and that the films just don't feel as special to you anymore because you're not a kid anymore!

Coco, however, made me feel like a kid again. That is the main reason I loved this movie. Miguel is just the best character. He has a beautiful dream, he argues with his family, loses his way a bit. He's just adorable and makes you remember when you loved a pop star or music, or really anything that much. Watching him make mistakes and interact with his family just made the story much more relatable than some other Pixar movies.

Like I love Cars and Wall-e, but I personally can't relate to the racing world or robots and space-cruise ships! I'm not trying to degrade these concepts- they're brilliant! And many other Pixar films are relatable like Inside Out and Up. I just really felt that with Coco, any kid could feel like their own version of Miguel and that's really special.

The centerpiece of this movie, I would say, is remembering your family. When I think of the recent movies that have come out from Disney and Pixar, most of them are about achieving a dream. Coco touches upon that, finding love, and etc., however, it is so refreshing to watch a film about community! Most of the time movies have one special character and the plot is all about their journey, and one could argue that Coco follows that Disney archetype, but I really don't think it does.

Everything Miguel does in this movie, is because of his family, or for his family. Every character has significance to the plot. Watching the movie I thought the dog, Dante, was just Miguel's little sidekick like all Disney's main characters have, but HE IS SO MUCH MORE. And you might think you know who a character is and what role they play in the movie, like my favorite character, Hector, but SIKE- theres more to everyone than you think!

The drama in this movie is also insane. There are at least 3 plot twists that surprise the hell out of you. My jaw actually dropped and I gasped towards the end of the movie. I'm sorry but what other movie besides maybe Frozen has had a twist so legendary? UGH It's just so juicy!

Also, this movie has amazing original music. The film's big number, "Remember Me" won the Oscar for best original song and it truly deserved it. I have been singing it since I watched. The music just provides the perfect background to this display and story of Mexican culture.

That's another thing! I don't know much about Mexican culture. I knew Dia De Los Meurtos existed, but I didn't truly know what it was. It is just a beautiful holiday and holds such sweet sentiment. To believe that our loved ones who have passed can come and visit us is just so hopeful. Creating a movie where Mexican culture is celebrated also shows little Mexican/Latin boys and girls characters that they can relate to and idolize. It is a step in the right direction and deserves to be recognized.

You will cry a lot when you watch this movie. I cried at parts that probably shouldn't have made me cry, but the visuals were so detailed and beautiful that I lost it. This is the perfect Pixar movie and the best part is you can watch it now on Netflix!