Clinton Found To Have Connection With Lizard People
Odyssey

Clinton Found To Have Connection With Lizard People

In yet another scandal, Secretary Clinton has been found to have close ties with mysterious Lizard People. 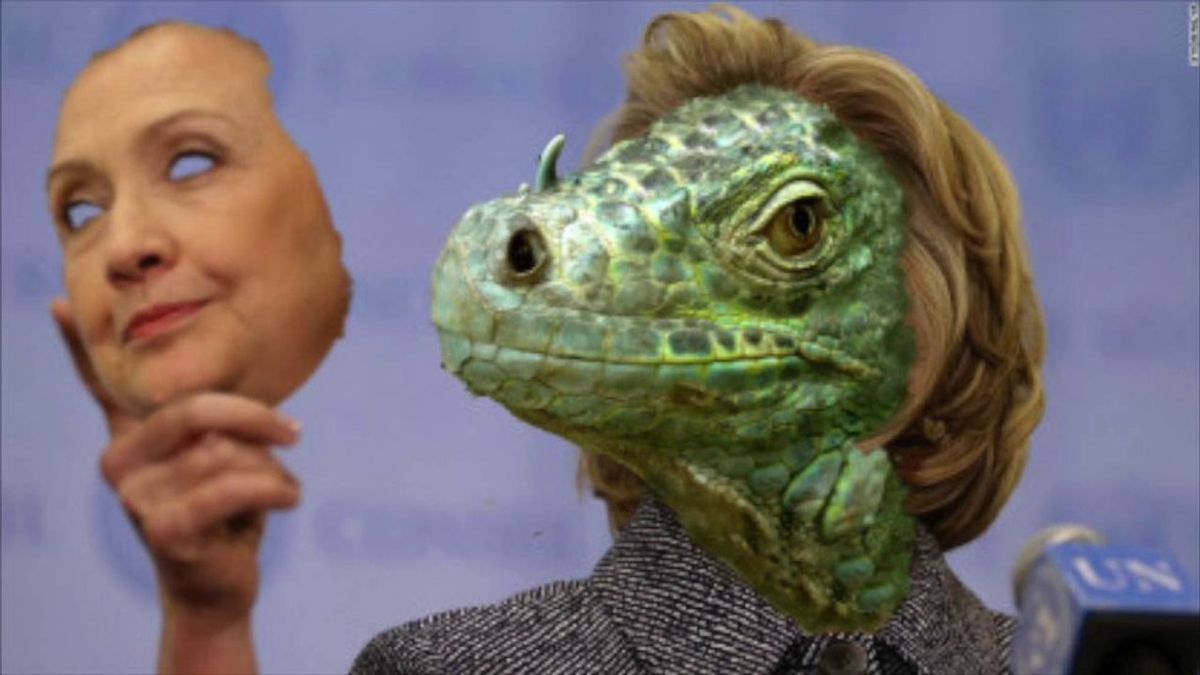 In a shocking turn of events, the upcoming election has been thrown into anarchy. In an effort to slander the democratic party nominee, a recent search through the leaked emails has sparked yet another scandal. In an election that seems to be demarcated by scandal after scandal, news continues to grow less and less relevant to politics in any form.

After reviewing many of the leaked emails, a local tinfoil-hat enthusiast who has chosen to remain unnamed discovered something shocking. He has found that Clinton most likely has been working with Lizard People from the very start. When questioned about how he has arrived at this conclusion, the local adjusted his tinfoil and had this to say:

"I don't know how we didn't see it before. It was all so obvious, really. By compiling the fourth letter of every sixth email, beginning with the most recent ones, I was able to find a cryptic, single sentence."

Scrawled on the back of a used pizza box, the lunatic* had scrawled "HLLRY CLNTN PLS LZRD." We suspect this co-operation must have arisen due to the Lizard People's wishes for the future of this country. For whatever reason, their endorsement lies with Hillary rather than well-known hot-gas-ballon Donald Trump.

This should come as little surprise to anyone who has followed Clinton's politics. She famously advised pro-lizard on many lizard-based bills during her time as Secretary of State. Many have conjectured that husband and scandal-enthusiast Bill Clinton was also in with the Lizard People while he served as president.

When questioned about this, Trump stated:

While many are discomforted by the inclusion of Lizard People in this election, many others believe it is of little importance. A local mother of four had this to say:

"The Lizard People have ruled this country from the start, it makes little difference who they endorse."

Others disagree, saying that the Lizard People do not represent true American values. When asked what theses values were, no answer was given. However, many rude gestures were provided in lieu of an actual response.

At this time, Hillary has responded to none of our emails about this matter, and when she was approached, our field reporter had his tinfoil-hat knocked to the ground by security and thrown out of the complex.