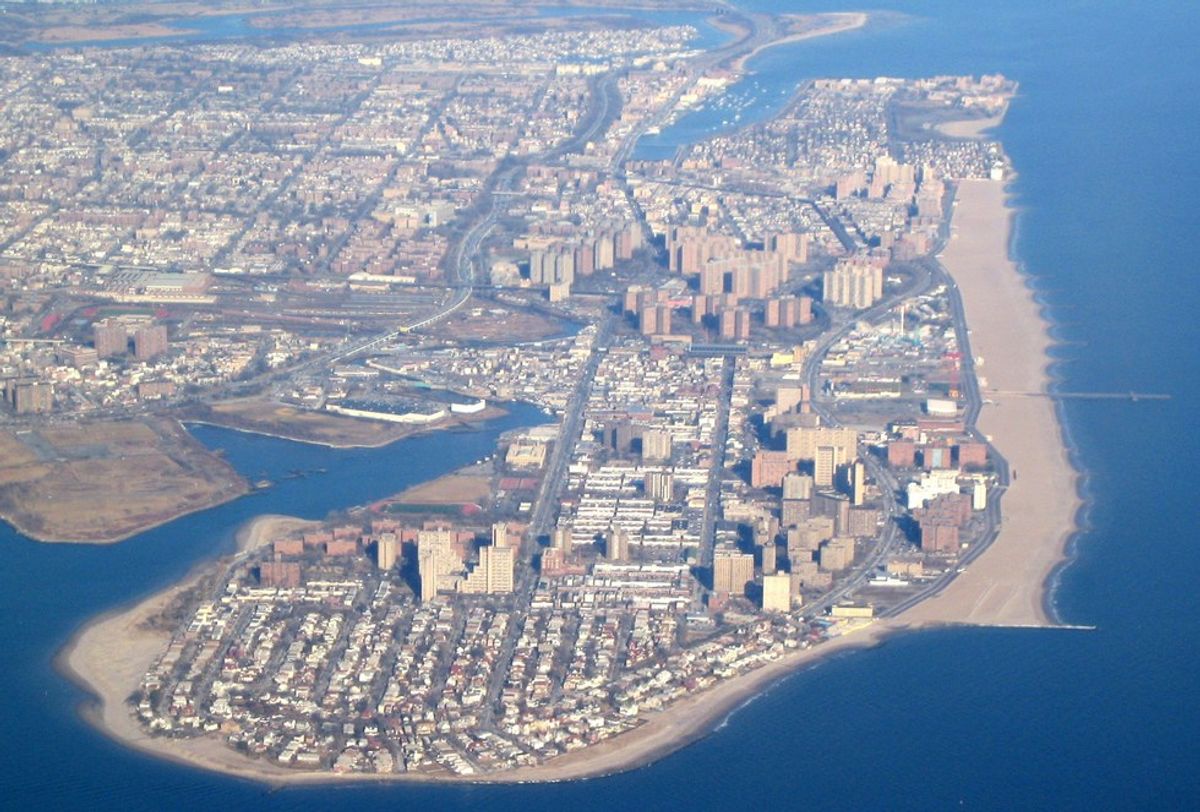 As New York City’s coastline communities continue to rebuild four years after being decimated by the powerful storm surge of Hurricane Sandy, the biggest question that remains is: what have we learned? The answer in short is: not enough.

Regardless of where one falls on the climate change acceptance/denial spectrum, the events of the Superstorm served as a wakeup call, especially to those who live on the city’s waterfront. Whether you were a wealthy, white business magnate living in lower Manhattan or a poor, black family living in a Red Hook housing project, you were made very aware that the city is not as resilient in the face of extreme weather events as we would like to think. We’ve begun to learn, and accept, that we’re vulnerable.

But where we fall short is in identifying what our true vulnerabilities are.

To date, we’ve identified that it is critical to build up the city’s coastal defenses. In fact, most money secured by the city for recovery and resiliency efforts has been directed towards bolstering its beaches and coastlines with towering dunes and offshore breakwaters meant to halt large storm waves before they crash ashore. City officials have even explored the possibility of large-scale projects such as the construction of multi-purpose levees or a $2 billion floodgate that would cordon off most of Jamaica Bay from the adjacent Atlantic Ocean.

But the real issue that has yet to be fully addressed is why so many of the city’s poor continue to live in areas that are decidedly vulnerable to storms like Sandy. While Mayor de Blasio has made it a point during his tenure as mayor to try to improve city residents’ access to affordable housing, little has been done to prioritize resiliency projects intended to protect economically disadvantaged communities from the effects of rising sea levels and more intense storms.

Of course, the abundance of poor residents lining the city’s shores is not an issue that is likely to be resolved in the near future. Given the condition of the city’s housing market, which has become unattainably pricey alongside new waves of gentrification that have fostered a proliferation of luxury condos and other upscale housing, there are few opportunities for the nearly 700,000 working class residents that live in vulnerable coastal areas to move elsewhere. Certainly, with median rent increasing 12 percent over the last eight years, and median income increasing only 2 percent over the same period of time, relocation seems like an unrealistic game plan for residents that are already struggling to stay afloat economically.

So what needs to be done to protect these communities? Is improved coastal infrastructure even enough?

Likely not. Although we certainly should be focusing our attention on building up coastal defense mechanisms in the poorest, most vulnerable areas of the city, the reality is, this probably isn’t enough to protect the residents of these communities from the effects of another Hurricane Sandy. Indeed, as the aftermath of the storm taught us, truly resilient neighborhoods are those that have a strong sense of community and unobstructed access to basic social and economic services. In isolated neighborhoods such as Far Rockaway in Queens or Red Hook in Brooklyn, these are often not present.

The fix for this unfortunately, while not impossible, is far more complicated than the simple band-aid that a large sand dune or a movable floodgate provides. It requires that the city focus on expanding its transportation networks to communities that really need it, instead of spending several billion dollars on streetcar lines aimed at improving commute times for the already-well-off. It requires that the city imposes restrictions on a housing market that has gotten out of hand, rethinks the distribution of its social services, and addresses the growing problem of gentrification which has stripped apart the fabric of the city’s neighborhoods.

Most of all it requires that the city takes a deep breath, steps back from the countless cranes that line its skyline, and listens to what all New Yorkers have to say. If we are to truly make our city more resilient to the effects of climate change and create stronger neighborhoods capable of standing tall in the face of unprecedented disasters, we must ensure that we include historically marginalized voices and experiences in the conversation about its future.

Without listening, we risk losing our coastal communities for good; and what is New York City without her iconic coastlines?