6 Reasons Why Clemson's CATBUS Is Actually The Best
Odyssey
CurrentlySwoonLifestyleHealth & WellnessStudent LifeContent InspirationEntertainmentPolitics and ActivismSportsAdulting
About usAdvertiseTermsPrivacyDMCAContact us
® 2023 ODYSSEY
Welcome back
Sign in to comment to your favorite stories, participate in your community and interact with your friends
or
LOG IN WITH FACEBOOK
No account? Create one
Start writing a post
Student Life

6 Reasons Why Clemson's CATBUS Is Actually The Best

From hitting a student to catching on fire, we all subtly know it was actually just looking out for us. 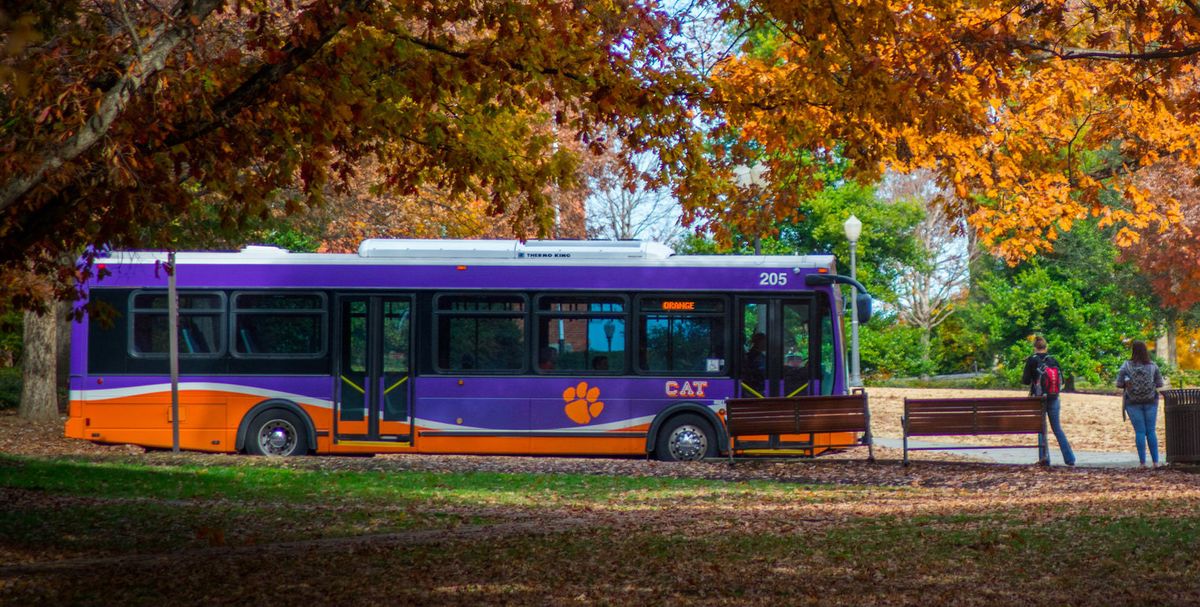 1. It wants to end our misery of being a college student AND end our financial struggles

Remember back in October last semester when the CATBUS hit a student? It made headlines, became the joke of many Halloween costumes, and probably inspired many students to start jumping in front of them. But you know what wasn't acknowledged: how kind and compassionate that CATBUS driver must have been. By hitting that student, he was just trying to end the misery of being a college student. College sucks sometimes, so what kinder way of ending that struggle than to kindly hit one of us and end it all? Not to mention the sickening nightmare of financial matters; surely, this girl now has enough money for at least free tuition for the rest of her years, so thanks CATBUS looking out for us. Who's next?

2. CATBUS knows how fire Clemson is and just wants to express that...literally

We all know that Clemson is an amazing school with amazing programs, sports, and academics. And since CATBUS is our transportation system, it wants to be a part of that, too. So what's better than knowing Clemson is a fire school, than literally catching on fire? Way to represent, CATBUS.

3. CATBUS isn't afraid to show off some mad tricks

Alright, alright, we get it. You're pretty hardcore, huh? Apparently, CATBUS must've gotten into parkour over the summer or something, because we had it flying off the road twice at the beginning of last semester. Once onto the grass, the other time onto a flight of stairs. CATBUS was probably just trying to show off to everyone some sick new tricks it can do, but unfortunately, it didn't execute them well and got stuck, not to mention it just wanted to help us get to class on time! E for Effort, man.

4. CATBUS knows we don't want to go to class, so it gives us a valid excuse to be late

On the same hill the CATBUS caught on fire, it also stalled out earlier last semester. It probably did just because it could tell how miserable everyone was having to go to class, so it decided to be a homie and break down on the hill so it would allow students to be late for class and have a valid excuse to walk in not on time.

And since it was right by Core, they could stop in, grab a coffee, and take their time getting to class since the transportation system not properly working is surely an acceptable excuse for being late.

Not to mention that the bus will often take forever to get to a stop, so you sit there waiting for fifteen minutes, watching the clock tick by the whole time. It knows we don't want to go, so in those fifteen minutes of waiting it either 1.) gives an excuse for why we're late or 2.) gives us time to say f**k it and get back in our cars and drive home. But when it's running late after class to get back to the parking lot, it's also trying to motivate us to get fit if we decide the wait isn't worth it and we want to take a hike. Thanks, CATBUS.

5. It wants to get us all brand new cars

The same day the CATBUS caught on fire, it hit a car by the library loop. I saw it go by while waiting to get on at the Redfern stop. I didn't hear the crash because I had headphones in, but the next thing I knew, a trail of students are walking up from the loop and telling everyone to take a hike back to the parking lot because CATBUS hit a car.

The good news is, whoever's car got hit, CATBUS was just looking out for them and wanted to help them get a brand new car. How sweet of them.

6. But honestly though, there are actually some super kind drivers

I'd say the ratio of a kind driver to an a**hole driver is 1:3, so it's rare to get on a bus with the, like, three super kind drivers. They always say "Good morning" or "Hello" with a smile and actually respond when you say it back or when you thank them when you get off the bus, often saying "Have a good day." So, even with all the CATBUS screw ups, we've still got a few O.G. drivers that deserve some recognition. You go, guys.