How The Church Is Failing Minority Groups
Odyssey

How The Church Is Failing Minority Groups 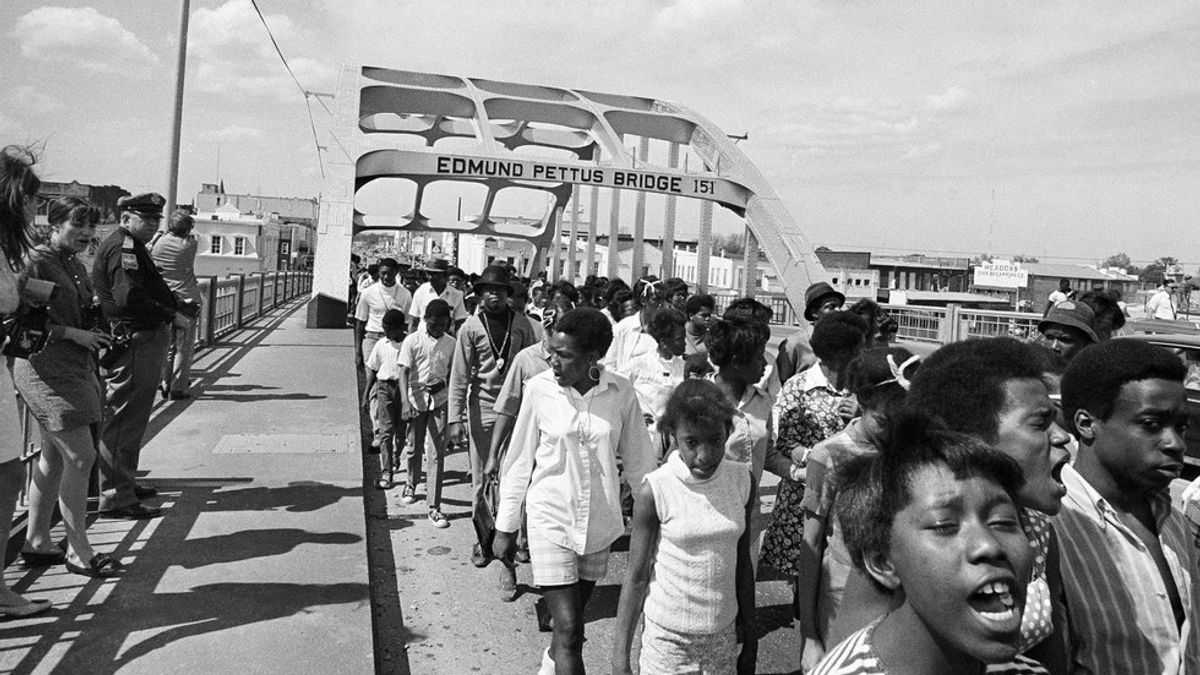 I will pick up with the regularly scheduled programming next week, but I am at a complete loss for words due to the racial violence in this country. Over and over again, the right to live is violated for young black men and women. The right to walk down the street, the right to bear arms, the right to explain that you are bearing arms legally and say exactly what you are doing to police officers, the right to breathe. So I am angry. I am heartbroken. But I want to talk about my anger with the church.

When I was a junior in high school, my wonderful youth pastor, a sweet Ohioan with a deep drawl and kind heart, decided it was time we got real about talking about sex. As you do in Christian circles, he split up the group guys and girls. There was very little female presence in the youth group that also was not a mother of a student (Jenny Jones not withstanding, but she has an amazing job where she gets to travel to SXSW and other festivals every year.) The moms were usually great. However, there was something difficult about having you friend's mother talk to you about sex and sexuality. You can understand why. I recently recounted the story to my boyfriend who was also in the youth group at the time. So she had an extremely vested interest in girls being modest. "The thing that struck me," I said, "was that it was someone's mom (a mom with a son in the youth group) who really wanted their kid to not be tempted so the focus was on female modesty and how virginity is a gift, but God is a restorer of flowers."

There was little to no conversation about the one issue that plagues so many women: Sexual violence. For example, young women were never told that 1/5 of us will be sexually assaulted or harassed or even to know what that looks like. I feel that in that small moment, which could have been used for clarification and healing, there was the same age old message. Women be ashamed of your bodies (which is also a gift, by the by).

When I came to Spring Arbor University, two years later, many, if not most, of the women I met had experienced or were experiencing sexual violence, assault, rape, or harassment-- some, like myself, without even realizing it. However, within the church the issue is spoken in hushed tones and coverups and spoken with words such as "forgiveness" and "prayer." The pulpit is silent. Ron Kopicko is never going to go up and preach a message of redemption from the life-shattering world of rape.

But honestly, I think it speaks to a bigger issue. I feel as though the church is failing minorities.

There once was a time that the church was at the forefront of Social Justice Movements in this country. It was pastors marching across the Edmund Pettus Bridge. Christian mothers at the heart of education reform, which is why your little siblings go to school and not to work at 7 AM. Christians aligning themselves with temperance (Prohibition jokes aside, alcoholism was a serious problem) and abolition. Somewhere along the way, there was a shift. Where exactly? I have my theories, but I have no definitive answer.

Regardless, where are the Christian doctors demanding rape kits be tested? Where are the pastors who are willingly saying that while we are praying we should also be protesting? My mother told me recently, "I no longer want to hear that I'm blessed and highly favored. I know that I'm blessed. But I also know I'm not supposed to harbor that blessing. I want to seek justice, love mercy, and walk humbly. Period."

She wanted churches and church leaders who would harbor Syrian Refugees and lead marches for justice. Church mothers holding community forums to help the community. Elders and Deacons opening up the church kitchen to feed the community and not just volunteering to another community. Do you realize of the three Abrahamic faiths, it is only in Christianity (I am speaking of mainline Protestantism from here on in, when I say the church) that almsgiving has little to no emphasis in doctrine?

"What about the work of missions?" cries the straw-man.

We have a xenophobic approach to social justice in the American church. We will go to Kenya to work with orphans. We will go to India to take women out of bondage. We will partner with IJM and file cabinets in Afghanistan. We will build wells in Haiti. But at home? "Let's pray for our nation. Let's pray for our brothers. Let's forgive the family who let their son sexually assault his sisters and their friends for years, but they were once considered godly people on television. Let us pray for our mentally ill brothers and sisters without recommending help, because Jesus is the same thing as actual treatment. Let's not talk about police brutality, because we don't want to seem political with an American flag draped around the cross, pledging to the American and Christian flags with the same words."

The thing is I know we can do better as Christians. My church, by the way, does some of this right. We sponsor both international and local missionaries. Our major high school mission trips include an annual one in Detroit and a biannual one in our own city. My church serves dinners to the homeless. One of our pastors has participated in forums about race relations, within the last year. We can be better than we are.

The fact is you do not have to feel responsible for your complacency if the objects of it are living half a world a way. It is easier to support a missionary family in Darfur than it is to volunteer at a soup kitchen in Detroit, because you don't have to humanize the people. You do not have to look a neighbor in the eye and say, "I feel impotent so I remain silent." You can donate to Feed the Children and still never have to interact with a starving child. You can sing "Justice will roll down" and never have to go into the streets demanding justice. Because then you can still be liked by your neighbors. It's easier that way.

We are often to taught to pray the issues away. You see, there is a time for peace and a time for action, but choosing the latter means alienation. We are allowed complacency, but in doing so, we are complicit in injustice.