We Need A Little Christmas After This Election
Odyssey

We Need A Little Christmas After This Election

The holidays may give you a chance to ground yourself this post-election season. 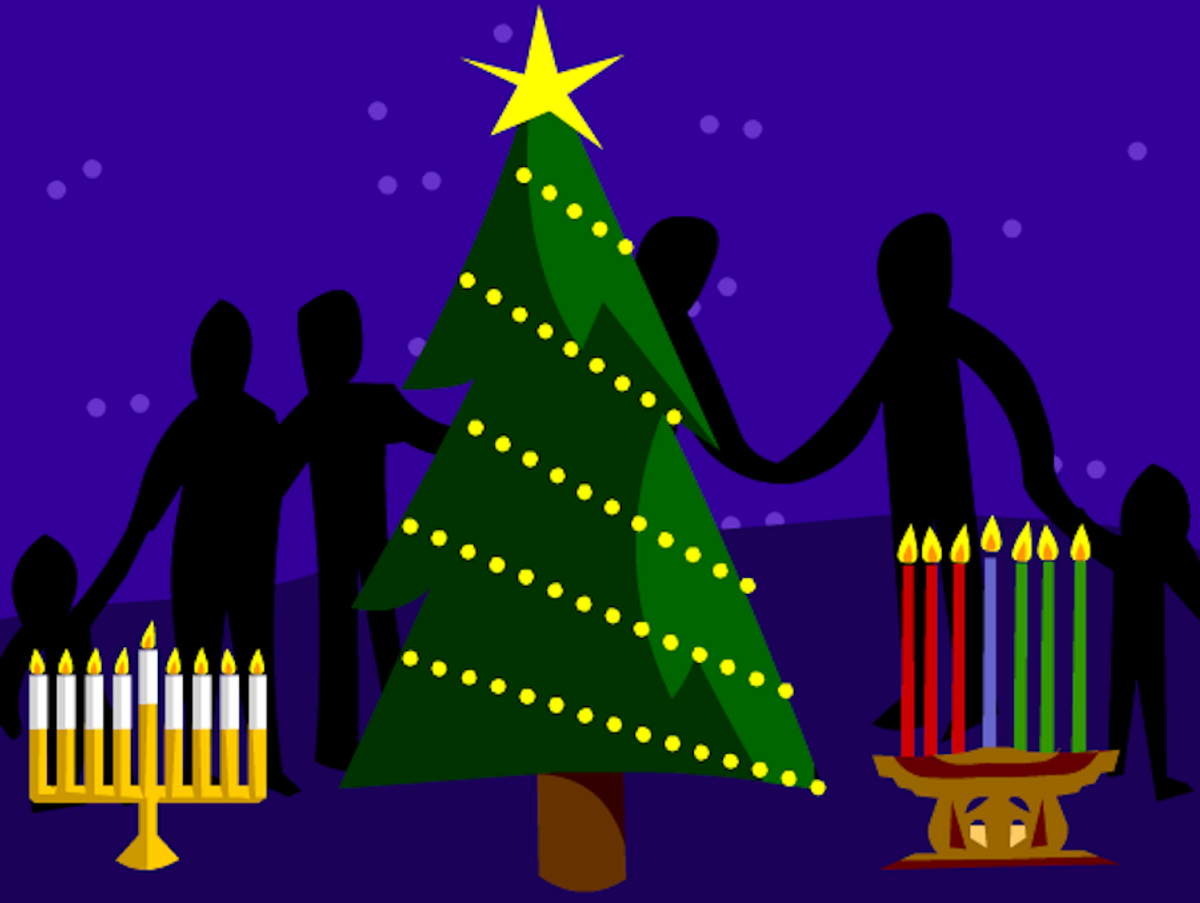 In the Jerry Herman musical “Mame”, the titular character, after losing her vast fortune to the stock market crash of 1929 and struggling to seek employment, decides to celebrate Christmas early in order to lift her spirit in a time of crisis. This scene breaks into the famous Christmas tune “We Need A Little Christmas.”

In the wake of the recent presidential election results, with equal parts anger and hope (depending on your political affiliation), I find that the holidays can unify us as a people and heal our broken and disjoint spirits. Therefore, I hereby decree that Christmas, Chanukah, Mawlid, Kwanza, and every other winter holiday commence immediately! No, seriously.

Two days after Donald Trump’s unexpected victory, I happened to be in rehearsal with the UF Concert Choir. We were working on material ranging from Handel’s Hallelujah Chorus to a jazz arrangement of Feliz Navidad in preparation for our upcoming "Sounds of the Season” Concert on December 4th.

When I entered rehearsal, I was emotionally distraught. With all the Facebook posts (both for and against Trump), the Dow dropping 800 points at the time, and people crying over Hillary’s loss (myself included), I did not know how to remain sane this past week. However, by the time we sang our arrangement of O Holy Night, in eight-part harmony, I entered a state of peace, like a huge weight was lifted my shoulders.

While I don’t call myself Christian by faith, and while I do not intend to preach religion, I was singing about the birth of a Savior (by the name of Jesus Christ) and crooning a hopeful message promoting peace and love—something we could benefit from as a nation in tatters (you can interpret this message however you wish).

In the second verse of this French carol, the lyrics read "chains shall He break, for the slave is our brother." By the time the choir was singing this phrase at a deafening fortissimo, I was able to remember that people in oppressed groups (ethnic minorities, the disabled, and the LGBTQ community) are equal to us, and that we should fight for their right to live among us, rather than as second-class citizens, no matter what policies are enacted or reversed.

Regardless of how much this theme resonates with our country's current state, I believe that holiday music (both spiritual and secular) can allow people to feel a sense of euphoria no matter what time of year. As annoying as those holiday carols can be to listen to on the radio, they could give you more of a high than any drug. If you’re in the car, don’t be afraid to turn the radio up when the music plays. When you’re online, don’t be afraid to listen to some holiday albums on Pandora. Whether you listen to Frank Sinatra, Bing Crosby, Mariah Carey, Pentatonix, or the Robert Shaw Chorale, you can turn that frown upside down in no time.

Or better yet, take the time to decorate your dorm or apartment in tinsel and evergreen. Haul out the holly, fill up the stocking, and deck the halls! Or if you celebrate Chanukah, light up the menorah and spin the dreidel. And if you have the time or energy to cook, bake up some cookies, fry up some latkes, or whip up some hot chocolate or eggnog. As long as you can fill your senses with holiday-based stimuli, you’ll be doing yourself a favor. Whatever holiday you observe, it is never too early to break in the spirit and feel warm and fuzzy inside.

In a recent study at the University of Copenhagen, a group of neurologists discovered that oxygen in the blood of the brain increased in people who celebrated Christmas with positive associations. This activity especially increased in the sensory motor, premotor, and primary motor cortexes, as well as the parietal lobule. As a result, if you take the time preparing for the holidays early this season, you may be improving your mental health and happiness.

I leave you with the following message: Spread holiday wishes wherever you go. Write out that gift list. Give food or toys for those in need. Participate in your organization’s Secret Santa (or establish one). I don’t care what you do, but give yourself some a cupful of cheer this season, and pass it along. By kicking off the winter holidays a little earlier than usual, we may gain a sense of peace and joy during times of confusion and uncertainty.