Christians and the Election
Odyssey

Christians and the Election

A Christian's Point of View on the Frontrunners 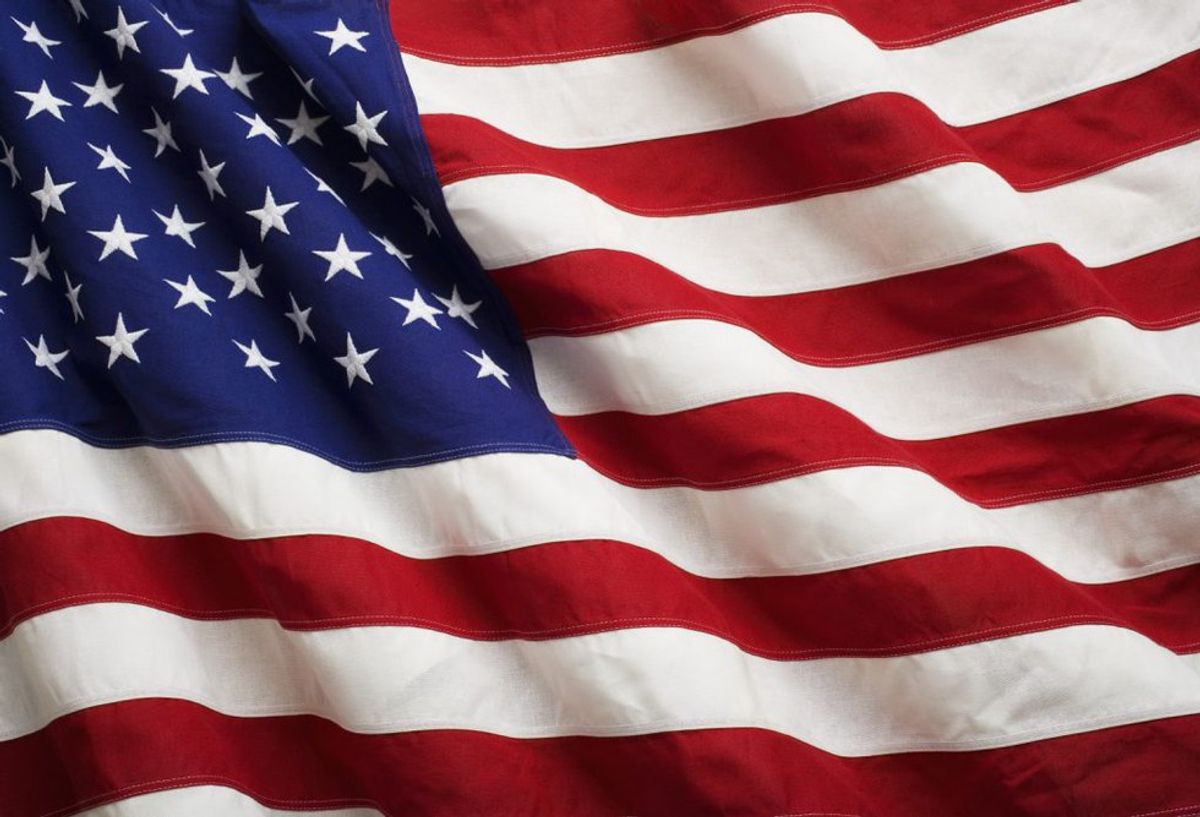 Election day. Something everyone is dreading. Either Donald Trump or HIllary Clinton is going to be the President of the United States of America. And that scares me.

1. Christian friends saying they want Donald Trump to be the next President.

I didn’t feel like I should have to explain why this should not be the case. Things he’s said about women (and really, it shouldn’t matter how long ago it was). How power-hungry he is. How he is one hundred percent for war (which is true, because he stated, and I quote, “I love war.”) And let’s not forget how racist he is.

Now we all know how he “loves the Bible.” And not just any specific part, but “all of it.” So let’s team some of this up with some biblical understanding.

Let’s start with things he’s said about women. He said he would date his daughter if she weren’t his daughter. How disgusting is that? Some of you look at it and think it’s not really a big deal. But just imagine this: ladies, your husband says that about your daughter. Talks about how sexy she is and that he would be with her if they weren’t related. That shouldn’t be acceptable. So why do we make it acceptable for someone who could potentially be running our country?

1 Peter 3:7 states: Husbands, live with your wives in an understanding way, showing honor to the woman as the weaker vessel, since they are heirs with you of the grace of life, so that your prayers may not be hindered.

Donald Trump saying this about his daughter isn’t very respectful to his wife. And it doesn’t show honor to his daughter at all.

Even more on the women’s issue, here’s some other things he has said you may not know that you should:

Sexual assault is a consequence of women serving in the military.

Megyn Kelly had blood coming out of her “wherever.”

People shouldn’t vote for Carly Fiorina because of her face.

Take care, brothers, lest there be in any of you an evil, unbelieving heart, leading you to fall away from the living God. Hebrews 3:12

To me, war is evil, especially when you just want it because you want it. And if you think causing a war because he just wants a war is something he should do, by all means, support him. I just ask you think about the Bible verse above.

“He’s not racist. He’s just telling it like it is.” Okay. So all Mexicans are rapists? All people from Mexico are drug-dealers? And if you don’t believe he actually said that, I beg you to look it up. He talked about a Muslim women and in a very unloving manner said, “She probably isn’t even allowed to speak.” And even if you don’t believe it, let’s just look at how unloving and unforgiving he is.

Therefore be imitators of God, as beloved children. And walk in love, as Christ loved us and gave himself up for us, a fragrant offering and sacrifice to God. But sexual immorality and all impurity or covetousness must not even be named among you, as is proper among saints. Let there be no filthiness nor foolish talk nor crude joking, which are out of place, but instead let there be thanksgiving. For you may be sure of this, that everyone who is sexually immoral or impure, or who is covetous (that is, an idolater), has no inheritance in the kingdom of Christ and God. Ephesians 5:1-5.

Can you look at these verses and honestly say that Trump fits the description? Does he walk in love? He’s called women pigs. He’s said he can do whatever he wants to them because he is famous. He said Hillary Clinton’s brain doesn’t work and “maybe someone could just shoot her.” It shouldn’t really matter that they are opposing candidates in this race, love is love wherever you are and Christians are expected to have it at all times. “But Hannah. We shouldn’t judge, right? That’s what the Bible says, right?” Yeah, the Bible says that. But what about where it says to hold your brothers and sisters in Christ accountable? And Donald Trump claims Christianity, therefore, he must be held accountable for the things he has said.

2. Christian friends saying they want Hillary Clinton to be the next President.

I’m not even going to go into all the laws she’s broken (which, by the way, is illegal and therefore sinful). And I’m only going to talk about one issue with Hillary Clinton simply because it is the issue that should matter to you over everything else.

She is not a Christian.

Let’s look at some actual things Hillary Clinton has said about Christians, shall we?

This goes against basically most of what the Bible stands for. Jesus said, “Deny yourselves, take up your cross, and follow me.” Not follow what you stand for. Not follow Hillary Clinton. Follow Jesus.

“Christians are bigoted and deplorable.” Those are some big words. Let me define them for those of you who do not know what it means.

Bigot: a person who is intolerantly devoted to his or her own prejudices. Basically, she’s saying that we are small-minded and intolerant towards people who are not like us. Most likely, people who are not Christians. The reasons she is saying this is because of the pro-life stance that most of us take. We think differently than her, so we’re bigoted?

Deplorable: deserving condemnation. You’ve heard the song, right? “There is no condemnation for those who are in Christ.” Well, that’s a Bible verse, actually. So she shouldn’t tell us what we deserve simply because she isn’t a Christian. Only Jesus can judge (and if you have something to say about that comment, I suggest you reread the top of this).

At the same time, as Christians, we should want a Christian in office. By the way Hillary Clinton speaks, she is not a Christian. By the fruit Donald Trump lacks, it’s highly possible he’s not, either.

“But he said he is. He believes in God.”

So I leave you with this thought: this election is awful. Should you vote for Donald Trump, or should you vote for Hillary Clinton. Honestly, I can’t morally vote for either because they show absolutely no Christian fruit. And if you think they do, I would love to have that discussion with you. But that’s for another time. Do what you feel led to do, but I can honestly say that since neither of these people show that they are Children of God, think very wisely.