6 Bible Verses That Prove Trump is Not the Christian Choice 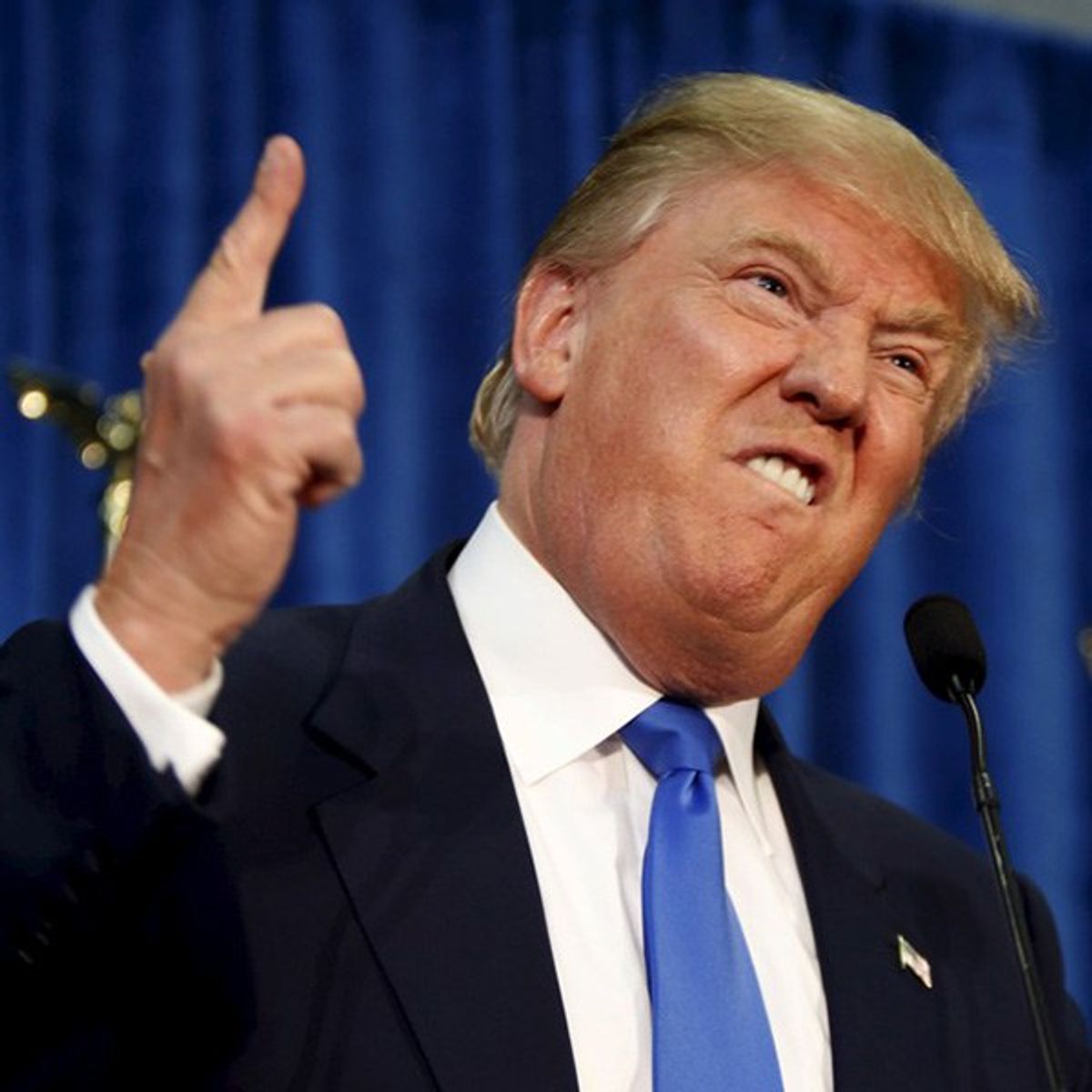 The thing I hate above all else is the two-party system. It has caused more discord, strife, and refusal for reconciliation than necessary. Another thing I hate is the way we, as a country and a society, tack certain traits onto these parties. The primary example here is the generalization of the Republican Party, as the Christian party.

Hopefully, you and I both know that your religion is not determined by the political party that you belong to, nor should that party be a reflection of your religious values. But the dangerous thing that this generalization has done is this: It insinuates that if you are a Christian, it is your God-given duty to vote Republican. It also implies that whatever candidate the Republican Party has chosen is a God-loving Christian, who you should put in charge of your country.

Both of these are ideals are straight up, blatant, lies. This election has shown us, above any other election in our history, that the Republican Party does not always offer you up a good Christian candidate. I'm not in any way suggesting that the Democratic Party is doing any better, but because of the dangerous stigma that Republican=Christian, many of the citizens of our country are under the impression that Donald Trump is that good Christian choice.

I have compiled a list of Bible verses that support my opinion on this matter. If you trust in the words of your Bible more than the words of your party, surely you will see that dear old Donald is in no way deserving of the position he is running for.

1. James 1:26 ESV: If anyone thinks he is religious and does not bridle his tongue but deceives his heart, this person's religion is worthless.

Wow. That was blunt. I commonly hear people say that they like Donald Trump because, "He speaks his mind." There is a monumental difference between speaking your mind, and throwing words about without caution. The things that Donald Trump has used his platform to say should not only shock you; they should offend you. His words are rash, prejudiced, and hurtful. You don't believe me? Here are some examples:

"You know, it really doesn't matter what the media write as long as you've got a young, and beautiful, piece of a**."

"My fingers are long and beautiful, as, it has well been documented, are various other parts of my body."

Now I don't know about you, but this doesn't sound like the kind of man who has proper control over his tongue to me. Words are some of the greatest indicators of who we are. The president of our country should be able to possess certain qualities, such as engaging in foreign affairs without flying off the handle. Not only is this concerning to our national security, it is also a warning sign of poor character.

2. Hebrews 13:5 NIV: Keep your lives free from the love of money and be content with what you have.

Countless people have told me that one of the reasons they are voting for Donald Trump is that they want a successful business man in office. But how do we define successful in this context? He has made a lot of money, sure. However, that certainly isn't a necessary quality in God's book. He warns us of greed and trickery. Donald Trump, however, basks in the glory of his riches:

"The point is, you can never be too greedy."

"The beauty of me is that I'm very rich."

This is a man that values all the wrong things in life. He actually links the quality of his being, to the amount of monetary items that he possesses. A person who places their personal worth in that is bound to be dishonest and deceitful with their money. I'm sure we can all agree that that isn't a very desirable quality in a world leader.

3. Matthew 5:28 ESV: But I say to you that everyone who looks at a woman with lustful intent has already committed adultery with her in his heart.

Now, I'm not trying to single out Donald Trump for having completely natural biological urges. All of humankind has fallen prey to the allure of lust. However, to battle with that in one's heart and to voice it out loud to others are two completely different things.

The LORD calls men to honor and protect women. Women are handcrafted by God, and they are to be respected. Donald Trump has been quoted saying things that go directly against this God-given duty:

If that wasn't vulgar enough for you, here's a list of adjectives he has publicly used to describe women: Fat. Dog. Pig. Slob. Disgusting animal.

I don't know what it's going to take for this country to start valuing women properly, but having this guy in charge isn't going to do it. As a woman, you should be concerned that a candidate for president is getting away with talking about your demographic like that. As a man, you should be standing up for the women in your life by saying that this is NOT okay! Young girls in this world should not grow up thinking that those words are okay because the President of the United States says them. If we elect this man, that will be the standard our girls will have for the men in their lives.

4. Ephesians 4:3 NIV: Make every effort to keep the unity of the Spirit through the bond of peace.

A leader should work diligently to unite people, instead of creating discord. Donald Trump goes one step further. He actually encourages discord. He eggs it on. At one of his rallies in Michigan, a protestor was attacked by Trump supporters. Rather than handling the situation like an adult, this man said, "Get him out. Try not to hurt him. If you do, I'll defend you in court." He then followed up the raving cheers with, "Are Trump rallies the most fun? We're having a good time." Here, he equated violence with fun. Surely a quality that our youth should not be looking up to.

The message is clear: close the gap of racial and gender disparity. We need a President who is going to come through on this important moral. ALL are to be equal. Men do not hold more importance than women. White people are no better than black people. We are ALL equal in the eyes of The LORD. Donald Trump has a knack for spreading dividing rhetoric. He has been very vocal with how he feels about people different from himself:

"I've got black accountants at Trump Castle and Trump Plaza. Black guys counting my money! I hate it."

As a Christian, racial equality should be a priority for you. Trump wants there to be anger and dispute because he thrives off of it. In fact, he's entertained by it. See #4 if that fact needs to be clarified for you. If you want a Christian leader, you need somebody who supports the progression of all demographics. That is how equality is attained.

6. James 1:19 NIV: Everyone should be quick to listen, slow to speak and slow to become angry.

Well THAT'S a big red flag if I ever saw one. Any of the above points show that Donald Trump does not have a reasonable filter. Whatever comes to mind comes straight out of his mouth, especially when he gets angry. If our president acts out in anger, we are going to have a lot of issues on our hands. Can you imagine how he would converse with other world leaders? What would he do if they insulted our government, or heaven forbid, Trump's hand size? How would he react to negative criticism from countries we very much need to remain on good terms with? Not only is this dangerous, it also gives more reason for people not to respect America. It would say a lot about us if our leader had the same temperament as a two-year old in a time out. A true God following leader would participate in rational discussion, in which all sides are heard and acknowledged.

I'm not trying to tell anybody that Hilary is the Christian candidate we're looking for. In fact, I don't even believe we need a Christian candidate at all. This is America, where anybody of any race or religion can do the job. What I am trying to say, is that if you think Donald Trump is your closest bet to having a Christian in office, you're making the wrong choice.