Chris Kyle: A Modern American Mentor
Odyssey
CurrentlySwoonLifestyleHealth & WellnessStudent LifeContent InspirationEntertainmentPolitics and ActivismSportsAdulting
About usAdvertiseTermsPrivacyDMCAContact us
® 2023 ODYSSEY
Welcome back
Sign in to comment to your favorite stories, participate in your community and interact with your friends
or
LOG IN WITH FACEBOOK
No account? Create one
Start writing a post
Politics and Activism 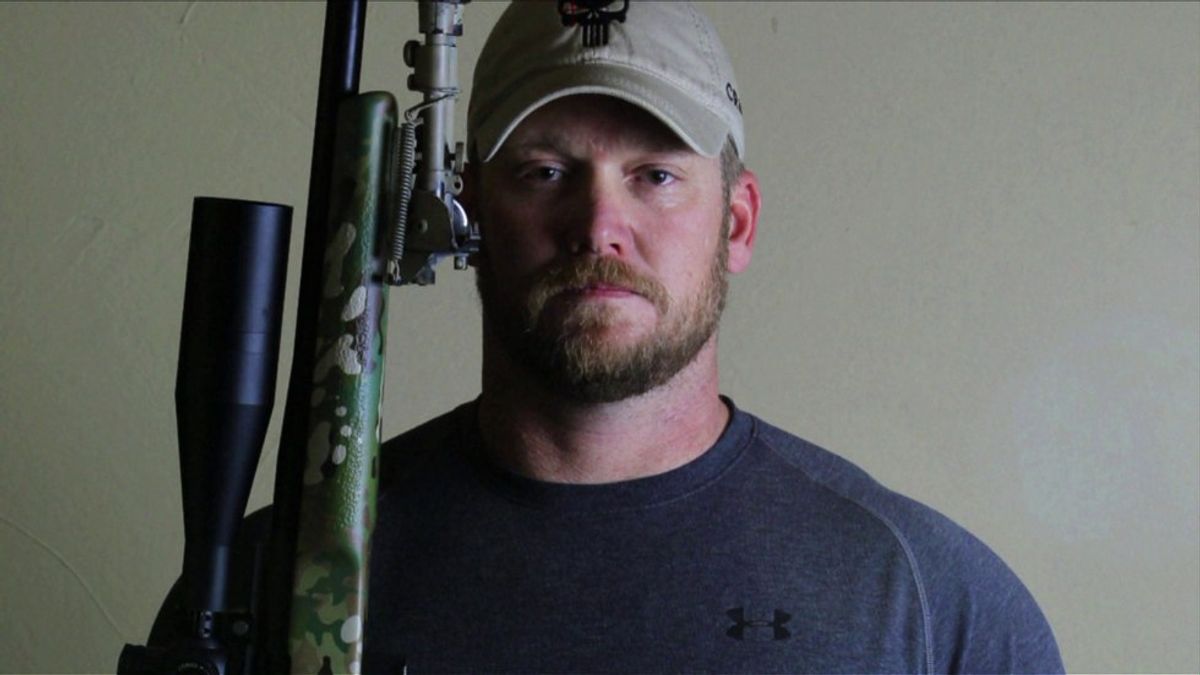 On February Second, the great state of Texas celebrates "Chris Kyle Day", which reminds the Texans of not only the deadliest sniper in American military history- but also of a man who was torn between duty to his country and his family, a man who stood up for what he deemed was right, and a man who I see as a great role model. Through both reading his own words in his memoirs of his service in Iraq and in the screen-adaption starring Bradley Cooper, I know that Chris Kyle's story is not only one of patriotism, but also of the battle between right and wrong as well as the different responsibilities that everyone has.

First, I know that Chris Kyle has had some controversy surrounding him. When he called Iraqi insurgents "savages," the media took a field day with it and tried to paint him as a racist. His actual quote is: "Savage, despicable evil. That's what we were fighting in Iraq." Al Qaeda in Iraq (now ISIS) are savages and commit savage acts, I think even civilians here at home would agree with that, just imagine if you saw that evil in person.

Anyway, I want to talk about why Chris Kyle is an inspiration, not only for Texans, but for Americans as a whole.

In one of the opening scenes of the film "American Sniper", Chris' father confronts Chris at the dinner table after he got into a fight after school defending his younger brother from a bully. Chris' father says, “There are three types of people in this world: sheep, wolves, and sheepdogs,” Sheep are defenseless and don't believe that there's evil in the world; the wolves are those that attack the defenseless just because they can; the sheepdogs being those that are aggressive but use their aggression to defend the weak and the helpless. In the film, this leads Chris to defend what he believes is right and wrong- despite the opinions of others. I think many people look at this and see themselves as sheepdogs against societal wolves that they believe target them. Kyle protected his fellow servicemen and his family; police officers protect people from criminals; we protect each other from evils in the world.

Another thing that I admire about Chris Kyle is his unwavering patriotism. He writes in his book, “I’ve lived the literal meaning of the ‘land of the free’ and ‘home of the brave.’ It’s not corny for me. I feel it in my heart. I feel it in my chest." I feel the exact same way, and I think a lot of people are afraid to think that way in the past few months. Now, say what you will about the current or past administrations, but you still have the ability to pull yourself up by the bootstrap, you are able to say what you want on social media, and you do have the right to practice whatever you want to preach. You can, in fact, disagree with the government. The Stars and Stripes still stand for freedom, and the government cannot take that away. Mark Twain said it best, "Patriotism is supporting your country at all times and your government when it deserves it." I know there are many divisive policies right now, but Kyle would defend your right to say what you wanted, although he may have bitched at you if he disagreed.

Lastly, his real story of redemption with his family is a big reason to celebrate him. In the film, Cooper portrays Kyle as a man who was torn between his two families: his wife and eventually their two kids and his fellow SEALs and Marines that assisted them. In the film and in Taya Kyle's additions to the book, Kyle is shown as distant while state-side: hearing the echos of war while driving around SEAL bases, watching TV, and getting his truck fixed up here in the United States.

Taya knows he's different after he returns and threatens separation if he isn't one-hundred percent faithful to his family (which sounds harsh, but being a mother while worrying about your husband's safety is impossible for me to imagine). While we don't particularly see Chris' transformation to a family man at home, we do see his growth to a business owner, a father, and a return to a civilian life that cannot be easy.

So this Chris Kyle Day, look up at the flag, cherish your family, and remember everyone like Chris Kyle that puts their lives and their relationships on the line so we stay free.