Gambino creates a significant political platform through his music 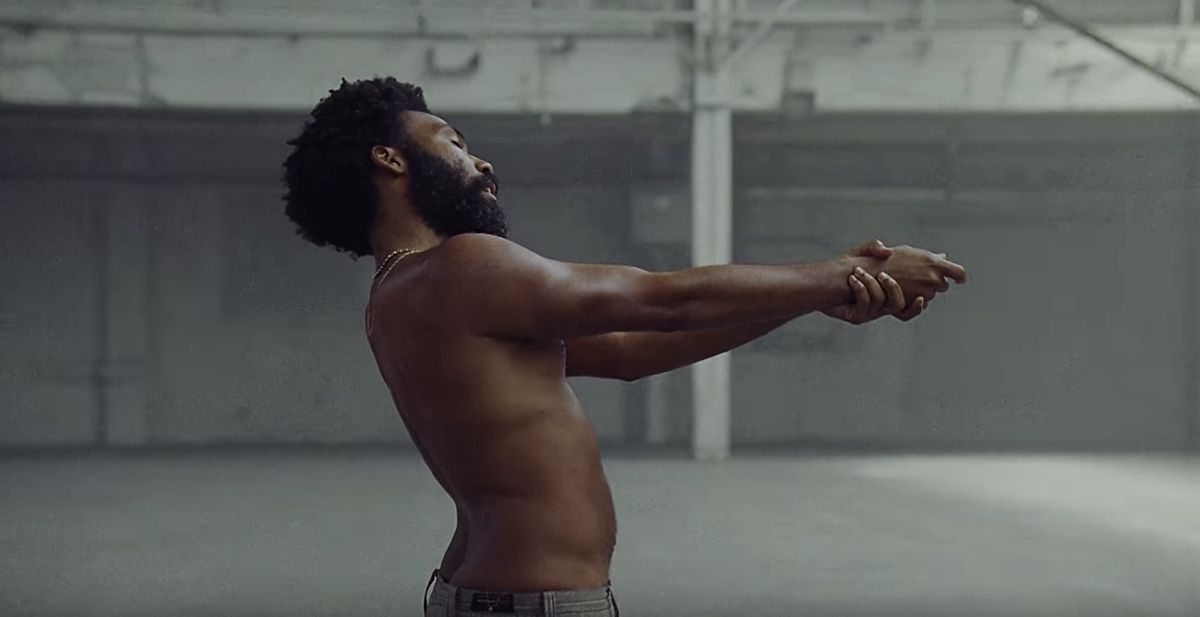 At a time when one of hip-hop’s biggest stars has sided with Donald Trump, the responsibility to call things out like they really are has fallen to Childish Gambino, who’s willing to fight for what Kanye West refuses to even acknowledge.

On his last album, Childish Gambino tried to implore us to Awaken, My Love!, but the message didn’t get through, so he has now returned with a new track, “This Is America.”

In the first 24 hours after its release, the accompanying video directed by Hiro Murai racked up over 10 million views as a landmark moment for the industry. By juxtaposing the chaos of real life with the distractions that America uses to cope, Childish Gambino has proved himself to be anything but childish in his artistry, creating a multimedia experience that doubles as a powerful statement of political intent.

By its very nature, the video strives to distract viewers from the hard hitting visuals that take place in the background through the use of unnervingly happy choreography and acts of brutal violence. As a result of this, the way that firearms are treated in America has become the focus of most discussions surrounding “This Is America”, but gun violence isn’t the only issue that Childish Gambino takes aim at.

Rather than focus solely on how the guns are treated more carefully than the actual people, it’s also important to recognize the ramifications of this in the rest of the video. As people are shot and killed all around them, the children depicted in the video focus instead on Childish Gambino and his exaggerated dance moves. The dancing itself works on a number of levels. Not only does it represent the kind of viral videos that we use to distract ourselves on a daily basis, but the way in which the children directly copy his every move also hints at people’s desperate need for followers on social media, something which he reiterates later with the line, “America, I just checked my following list."

It’s only when the dancing stops three minutes in that the children realize the real danger that surrounds them, running away after Gambino pulls a gun-like pose. Of course, everyone starts dancing again after only a small amount of time has passed, quick to forget the very real threat that they just faced. Here, he critiques the cyclical nature of the reactions to violence in America and how the media is quick to shift coverage back towards pop culture trends soon after stories break about people dying on the news.

Even if you only listen to “This Is America” and don’t watch the video that accompanies it, this juxtaposition can also be heard in the music itself too. Gambino deliberately cuts back and forth between the happy, carefree choruses and jagged, aggressive verses that speak to the real truth of life for many black people in the States.

Hip-hop is inherently political by its very nature, but Gambino's outrage lies with the fact that not enough is being done still to address real issues that affect the African American community, and Americans in general on a daily basis. Music itself and the happiness it brings isn’t the problem. The issue lies with rappers who wield their influence to distract America with materialistic values and the latest dance craze instead of focusing on what’s actually important.