Characters Writers Can Relate To
Odyssey

Characters Writers Can Relate To

As a writer, I like to watch movies and shows that have character that are writing all the time. 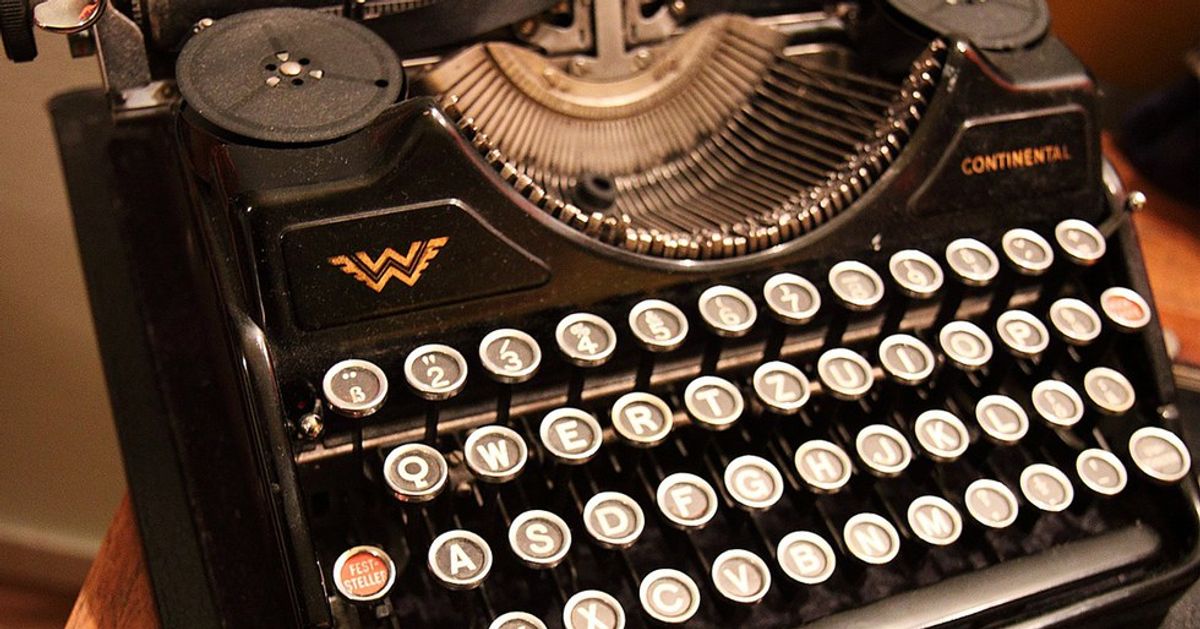 I love movie or shows that have a character that loves to write and/or publishes novels. I am that girl that loves to write and dreams of having my name on the cover of Young Adult Fiction Novels, one day in the future. So, when I find a movie or show that has a writer type character, I get really excited. When I got this idea, remembering where I had seen these type characters became really fuzzy. I searched the internet, but all I found was older movies that I had never seen. That dead end search led me to just look at the characters from my favorite movies and shows. I did not find as many as I thought, but I found some good ones.

Read It And Weep centers around one 9th grader who accidentally became a published author. What if your diary got turned in for an essay competition and got released to millions of readers. Jamie Bartlett (Kay Panabaker) did not have to imagine because in one week everyone was reading "IS Saves The World".

I love this movie because she wrote a fiction young adult book based on her life. That is my dream and I love watching this throwback Disney Channel movie!

Castle follows the 12th Precinct in New York City with Detective Beckett (Stana Katic) leading the cases. Richard Castle (Nathan Fillion) writes mystery novels and is looking for his new muse. That leads him to join Beckett's team for crime research for his novels.

I love to sit and watch episode after episode because of Castle's witty sense of humor and writing process. Nonfiction turned into fictional characters and crimes, perfect mystery novels.

Pretty Little Liars is a mystery/drama series that tells the story of five best friends that do not have loose lips when it comes to secrets. From the first episode viewers find out that Ezra Fitz (Ian Harding) and Aria Montgomery (Lucy Hale) share a love for English (writing and reading), which is a huge part of their relationship. The second half of season 6 started the five year time jump, where Aria worked for a publishing company and Ezra was trying to finish a book. All the stuff that happened with the deadlines of more chapters, lead to Aria writing some of them for him. Erza loved the idea of a female voice in his novel so the writing team was created.

This is beyond my favorite series of all time. Aria is my favorite character because I am most like her. Her character started out as writing for just her, to loving painting and photography and now co-writing a novel. Lastly, they are one of my favorite couples.

Goosebumps is the scary children's novels that gave us literal goosebumps when we read them. I can't recall reading one but I have watched the movies and an episode of Stine's stories and it is pretty freaky at times. In this movie, the famous author is brought into action and played by the hilarious Jack Black.

I loved this movie because I did not see all the twist coming when I was watching. Imagine if the characters you wrote on the page came to life before your very eyes? One key and one book led to R.L. Stine's monsters coming out for revenge. This movie shows how a writer puts all his or her feelings into the pages of their books and create scary or magical worlds to escape to.

NCIS is a lovable crime show that follows Gibbs and his team as they solve military based cases. But did you know there is a writer on the team? Look no farther than Timothy McGee (Sean Murray). In the early seasons, the team discovered that McGee was publishing books under a different names and the characters were based on them.

This part of the series makes me love it even more. McGee is a talented crime writer and I love that he writes on a typewriter.

I hope you all enjoyed this list of incredible characters that just happen to be the writers on their groups.