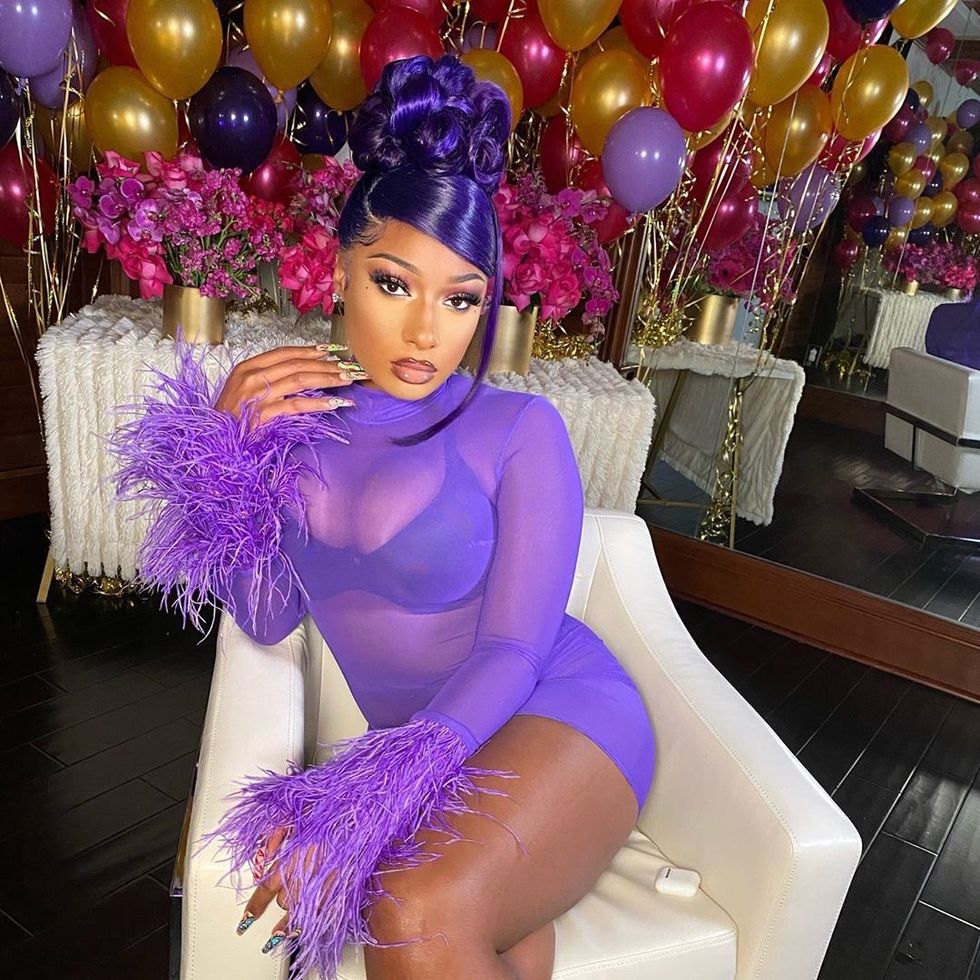 Twitter user @pretoguesa, who sells her designs on her online shop The Xposed, posted about her disappointment upon seeing Megan Thee Stallion and Cardi B wearing reproductions of her work that were not created by or credited to her. The top, which was even named the Tina Montana top after Megan Thee Stallion's "Tina Snow" album, was recreated in different colors for the rappers.

While @pretoguesa stated that she is still a fan of both rappers and their stylists and hopes to be able to come to an agreement with them, this incident only highlights a larger issue of celebrities or more well-known brands stealing from smaller creators.

In June, makeup artist Nushafarin accused k-pop group Blackpink's makeup artist of copying one of her looks in an Instagram post. Nushafarin also took issue with a large company stealing work from a smaller creator. Unfortunately, in many of these instances, these creators are unable to resolve the issue for themselves.

Creators with smaller platforms and followings may often be overlooked, and plagiarism on the part of celebrities and large companies goes unnoticed as a result.

The Xposed's post, for example, has not been very widely shared, and Megan Thee Stallion and Cardi B have not been called out for copying the designer's work.

Many of these independent designers and artists could greatly benefit from partnerships with celebrities and well-known brands. Instead, their work is plagiarized and they are deprived of the opportunities that they deserve, while someone else benefits from their work.

These incidents are unacceptable and should receive more attention. Smaller creators deserve credit for their work, and celebrities and large corporations should be called out for taking advantage of the work of artists with smaller followings.

These are not isolated incidents: Plagiarism occurs constantly in multiple industries, and independent creators are negatively impacted as a result.