A tribute to my beautiful home. 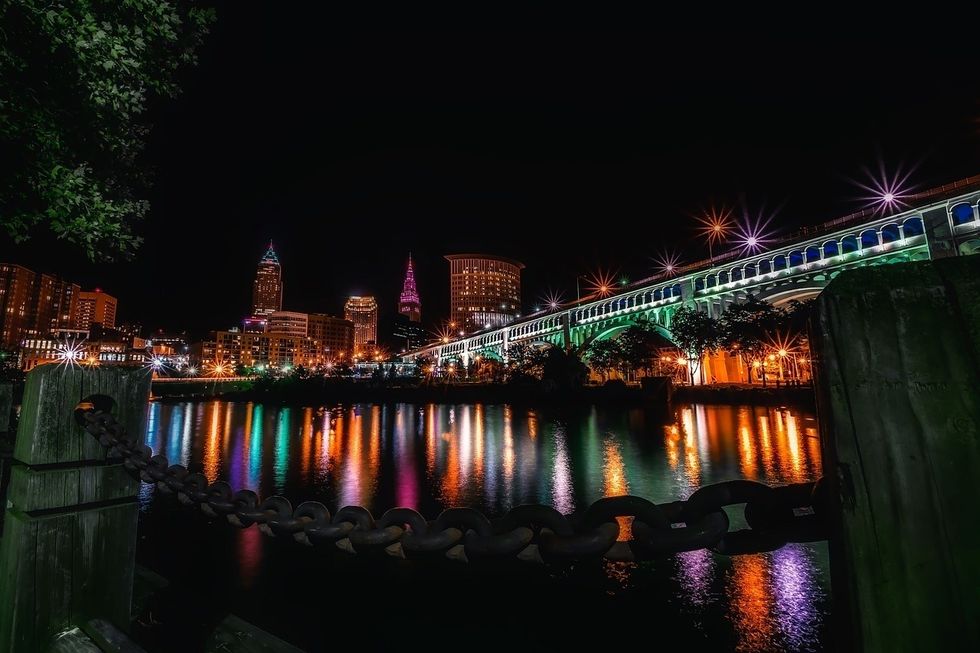 Born and raised as a Northeast Ohioan, I was blissfully unaware of the misconceptions about my "Midwestern" state. It wasn't until I ventured to the east coast that I realized what most people believed Ohio to be: one big cornfield, and practically interchangeable with Iowa.

Yes, we have corn, and the farms of middle Ohio have made the state an agricultural powerhouse. But the Ohio I know and love is ethnically diverse and geographically unique, a patchwork of fascinating history and natural wonders.

The Western Reserve, where I grew up, is a three-million acre stretch of land purchased by the colony of Connecticut in 1632. This explains the quaint, New England feel of historic towns like Hudson and Aurora. Not much farther north one can find the beautiful homes along Euclid Avenue, which was once the nation's Millionaires' Row, housing the famous business magnate John D. Rockefeller.

It may be ambitious to think that anyone could love this state as much as I do, but for all those non-natives out there, this list should help. And for my fellow Ohioans, well... you already know :)

What do all these things have in common? That's right, they were all invented in Ohio.

Thomas Edison and countless other revolutionary inventors got their start in the Buckeye State, also known as the Birthplace of Aviation because of the famous Wright Brothers. Some other Ohio inventions include golf balls, the cash register, Quaker oatmeal, the gas mask, the traffic light, and LifeSavers Hard Candy. The list goes on.

Ohio's shape, and the fact that half of the U.S. population can be reached within 500 miles of our capital, inspired the state slogan "The Heart of It All".

3. A whopping 25 astronauts are Ohio natives.

Making 80 combined spaceflights, three of which were to the moon, these 25 men and women include Neil Armstrong (first man to walk on the moon) and John Glenn (first American to orbit the Earth, namesake of the NASA Glenn Research Center).

In a few years, look out for the 26th Ohioan astronaut... Lily Switka ;)

While Superman himself was born on the alien planet Krypton, the idea for the iconic character was conceived by Clevelanders Joe Shuster and Jerry Siegel .

5. Ohio has produced the most Presidents.

6. We have the world's most dedicated sports fans.

Anyone who has ever attended an Ohio State football game needs no explanation for this one. Ohio sports teams have their ups and downs for sure, but one thing which never sways is the loyalty of their fans.

I have personally witnessed the dedication of Cleveland Browns fans from a young age, making displays of their enthusiasm in the dead of winter despite the franchise getting sold away and being the running joke of the NFL.

Aside from the Browns, Ohioans are devoted to our many other sports teams like the Cleveland Indians (go tribe!), Cleveland Cavaliers, Cincinnati Bengals, Cleveland Monsters, Columbus Blue Jackets, and Cincinnati Reds (who, by the way, were America's first professional baseball team).

Oh, and we also have the house from the Blockbuster film, A Christmas Story.

8. Our flag is very unique.

The Ohio Burgee is the only non-rectangular flag of one of the 50 states.

9. Cleveland knows how to party.

Following the Cavaliers winning the NBA Championship in 2016, the city of Cleveland hosted their victory parade. A reported 1.3 million people turned out, shutting down the city's transportation and cell service for almost 24 hours.

Since Ohio's northern border is Lake Erie, one of the five Great Lakes, we have incredible lake and boating culture. Out of the 23 American islands in Lake Erie, 19 are considered part of Ohio; South Bass Island (Put In Bay) and Kelleys Island being the most renowned.

11. But seriously, have you ever met an unfriendly Ohioan?