Reading a classic novel that could be a great holiday tradition. 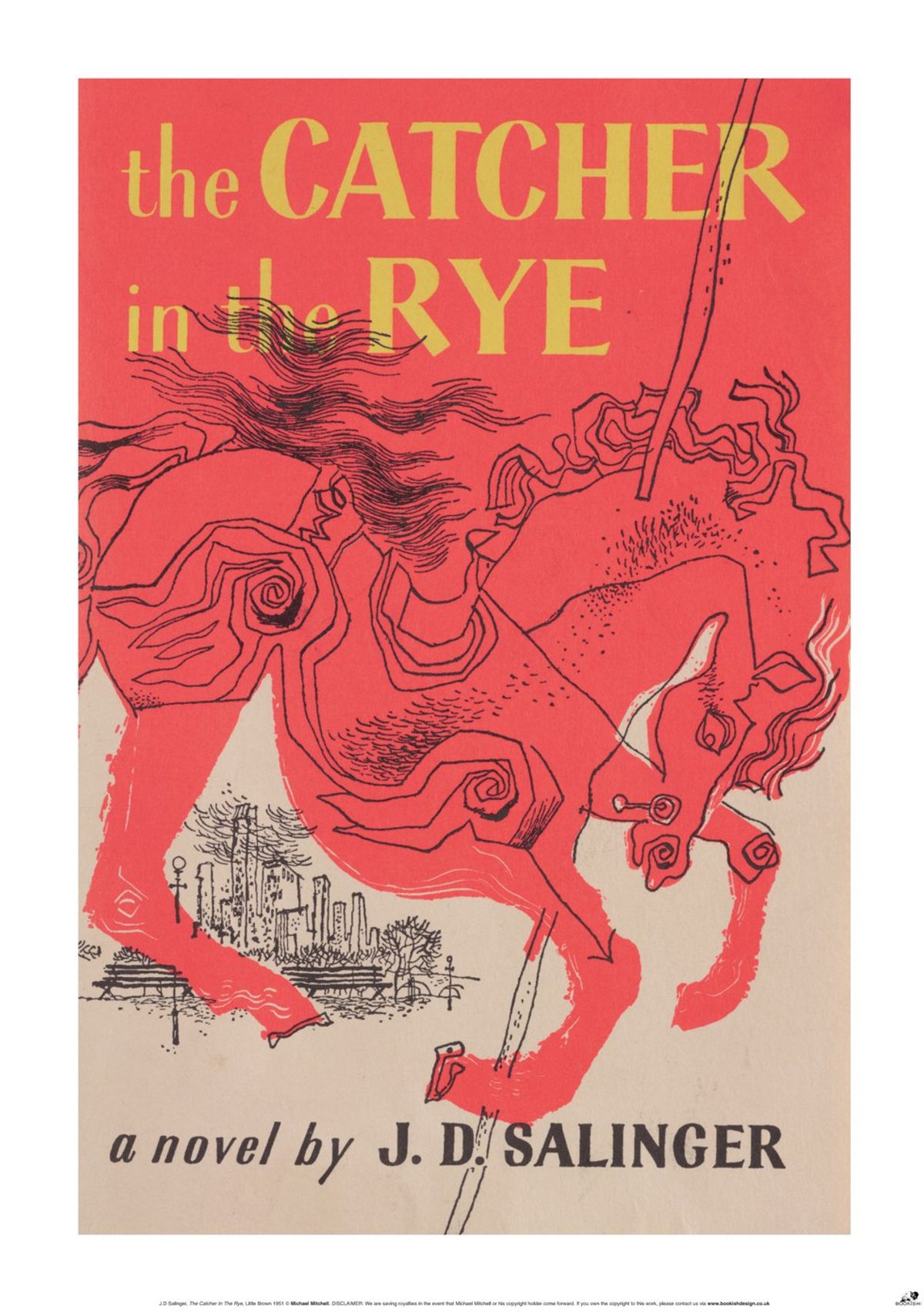 Being stuck in an airport sucks, man. I knew that coming home for the holidays was going to be rough, due to the snowstorms and constant delays, but I didn't think it would be so boring. I arrived at the airport too early to go through security, so I had to sit for hours in the airport lobby, whittling away the time until I could get to my gate. Luckily, I brought two books with me to read while I waited. Between studying and work, I didn't get to read any books this semester, so I was happy to settle into the airport lobby with a paperback while the storm raged on outside.

The book I loved reading the most during my time at the airport was J.D. Salinger's "The Catcher in the Rye." It's that book that the critics say is one of the Great American Novels, depicting the angst and hardships of adolescence, but the high school students that read it for English class say it is an annoying, whiny book.

I was one of the few kids that didn't chuck the book right away and use Schoop to cheat through class. I was awestruck by Holden Caulfield's voice. He had a unique way of speaking that instantly drew me in. He used corny 1940s slang like teenagers from one of those teenage-rebel flicks, but the way he used it wasn't corny at all. He spoke almost like a real teenager, like I would if I were in his time period and he was chatting it up with me at a bar. It was nice to have a character that knew what it was like to suffer through the end of childhood, to know what it was like to hate the concept of growing up. It's a book that I come back to again and again, just because I like reading Holden's story and his trials.

But while I was reading the book in the airport, I was struck by a realization. The novel's narrative takes place in December of 1949, just a few days before Holden's... permanent Christmas break. Therefore, "The Catcher in the Rye" is technically a Christmas novel! Granted, this is not exactly a warm and fuzzy book to read to get into the holiday cheer, but it's still a Christmas novel! Holden is also traveling from school to home (though not by plane, thank God) and the transition from Holden's prep school to New York City fit in well with my own travels at the time. This novel could be the next great Christmas tradition for book readers, like "Die Hard" is for movie fans. It's not about Christmas, but it takes place during Christmas, so it's a Christmas novel.

But the book also struck me in a different way this year. The main theme of "The Catcher in the Rye" is the loss of innocence — and Holden's determination to not grow up and join the working world of "phony" adults. He really does not like how grown-ups don't listen to their children and how they mess things up for the next generation and how violent and sexual everything can be. He wants time to stay still and everything to stay the way it should be. He wants to be a "catcher in the rye," a guardian of children that saves them before they lose their childhoods to the world of adults.

But Holden's growing up too, to his dismay. He's grown taller and is getting grey hair, he's drinking and smoking despite being a minor and he tends to contradict himself when it comes to the things he hates about adults. Yet, he still has some of his innocence left. He pays a prostitute to not have sex with him, he says some very immature things from time to time and he is still quite scared by the world around him and how everything is becoming more raunchy and gritty. Holden Caulfield is truly a teenager; he's heading toward adulthood, but he's also still a child, afraid of what he's becoming.

I turned 20 last month. Technically speaking I have been a legal adult for two years now, but I still can't drink or gamble in casinos for another year. Little kids that I pass by at the grocery store stare at me like a wild animal, like they do with all adults they see. When someone asks me what I want for Christmas this year, I can't think of toys or games anymore, but "stuff I need for school." I should be starting the transition to adulthood by now. But I can't. I'm stuck in the middle, the age where you're not quite an adult, but you're not quite a kid anymore. A teenager, like Holden.

But I can't be stuck in the middle like this anymore. I'm going to get gray hair, I'm going to experience hardships I don't want to experience and I'm going to grow up. We all will eventually grow up. What's important is what we take with us when we grow up. Holden worries about the next generation and how the "phony" world of adults corrupts the innocence of children. But we should strive to avoid tainting our children with our generation's mistakes. We can make the world of adults great, but only by keeping its worst elements from getting to us.

So maybe next year for the holidays, you can take a moment between wrapping presents and eating prime rib with the family to see how "The Catcher in the Rye's" morals and themes apply to your life. Who knows, maybe this book can help you see that there's more to the season than just the gift-giving, that we should be caring for each other and the world around us, especially the well-being our children.

Not bad for a non-Christmas Christmas book, huh?

Glorie Martinez
82
Why I Write On Odyssey