The Case of a Lost Mind
Odyssey

The Case of a Lost Mind 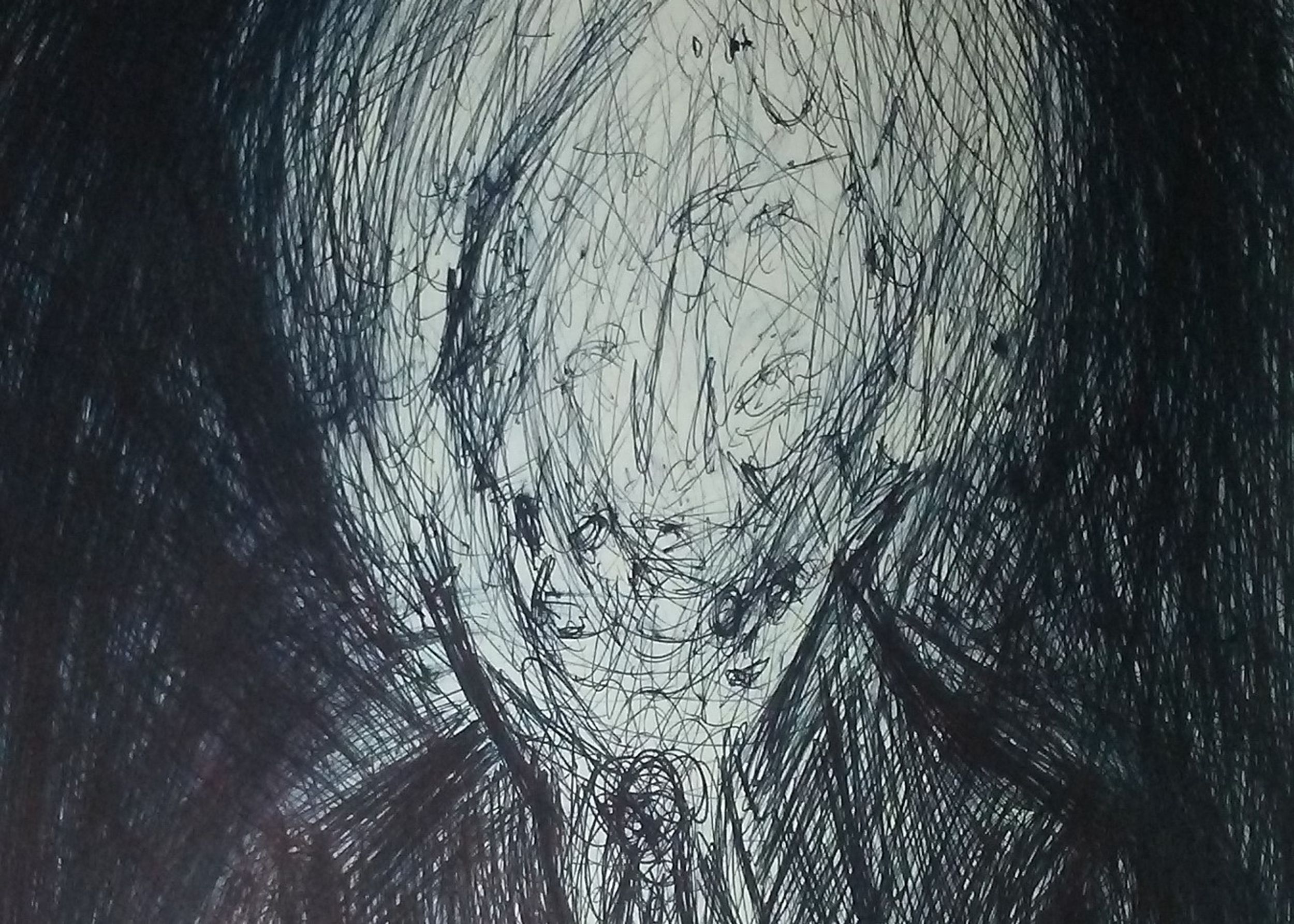 It is a most alarming experience to awaken suddenly in an unfamiliar place; yet worse still is to awaken in such a circumstance with a stranger holding one’s hand. In that disoriented state that one sometimes finds oneself in upon waking, my attention was totally focused on the strange hand.

As I gazed at the scarred fingers intertwined with my own, I noticed that they were an unhealthy, greyish hue and were cold to the touch. That hand was attached to a wrist and an arm, which in turn belonged to a man in a fine, if not somewhat antiquated suit. Upon seeing his features, I turned away quickly.

“Traveling to your sister’s house. The train has been quite reliable so far.”

At this information, I realized that we were in fact sitting in a booth with a dark window. There was a sudden bump, and throughout our car, various bits of luggage rattled. Out of curiosity, I looked out the window and saw nothing but darkness like a yawning abyss that beckoned hungrily. As I stared into that weird night, there were more bumps, and the shaking of the train began to feel impossibly loud-

A grey hand reached over and pulled down the blind. As if a switch had been flipped, the train became quiet once again. I nodded my thanks.

“It was no trouble.” Replied my companion.

I took note that the other booths were empty, and the train car, although compact, seemed unnecessarily refined with gold light fixtures and a fine carpet, in addition to the polished mahogany interior. The other blinds had also been lowered. Aside from the occasional tremor, the train moved with a quiet, steady rumble.

“A lost mind will see a great many things in its wanderings. Who am I to say?”

I took a deep breath and turned to face the other passenger. He had no head in the general spirit of that concept. Instead, there was what looked like a smoky haze that wafted out of the neck of the suit. In that ethereal mass, faces flickered in and out of view; some smiled, others screamed, some were missing pieces and others looked like they were sleeping. None of the faces, however made any sound. Instead, the passenger’s voice seemed to come from all around as if being corporeal was merely a conversational formality. One of the faces winked. I turned away quickly.

“How much longer until we reach…”

“Yes. How much further do you think we have to go?”

The passenger reached into his coat and produced an etched silver pocket-watch that, based on its exterior, appeared to have been burned at some point. More than a dozen hands of varying sizes, moving at different speeds danced about each other, periodically changing direction. The whole mass of faces seemed to lean forward to study the ludicrous instrument. Judging by their responses, it seemed as though he had divined some meaning from the curious watch.

“I suppose it will be soon now.”

I opened my mouth to speak but then decided it would be better not to ask for specificity from this person in particular. Instead, I thought of another question.

“Enchanted, I am known as Arsonae.”

He released my hand, offering his other to shake. I gingerly accepted. Oddly enough, this all felt familiar, as if I might have seen one of his faces before, but before I could reflect further, he spoke up.

“I must say, you are full of surprises.”

“Your mind is wandering again, no wonder it gets lost.”

“I don’t see what you are getting at.”

“You don’t feel the least bit of remorse, do you?”

“Sir, please explain yourself! I assure you, I do not know what you are talking about.”

The smoky shape changed, the faces flickered out altogether, leaving a glowing haze. The light fixtures around the car began to flicker erratically and as one, the blinds all around opened. Previously there had only been darkness outside the window, now the darkness was there, but instead of remaining outside, it seemed to ooze into the shadows all around the compartment. The train was shaking, rhythmically, as if keeping time with the pulse of a nightmare.

Arsonae remained inert and expressionless as the shadows deepened swallowing us, snuffing us out like a candle in a blizzard. The lights went out completely.

It was colder than the iciest winter night, and either there was no longer air or the air itself had frozen solid. I could not move, could not breath, could not scream, and beyond the horrid sounds that the train was now making, all was silent.

It was difficult to tell how long I remained in that state of agony and suspense, but it was in that time that I began to see things. I saw fire. I needed fire. There were memories of things I had not done; of someone who looked like me standing outside of a burning house. The not-me was smiling, laughing. I heard screams from within-

I blinked. I was no longer trapped, the lights were on, the blinds were down again. Arsonae was watching me intently with a crowd of distorted faces. It was as if nothing had happened.

“What did you do?” I demanded.

“What I felt was necessary. You had gotten quite lost.”

I looked at the covered window suspiciously, at the lights.

“That’s quite subjective, if I am being honest.”

“It will become clearer soon enough. Here is your stop. Mind your step.”

The train vanished, Arsonae with it, and I was falling.

I fell about three feet, onto the charred wreckage of what had been a mattress. It was light out, probably sometime in the afternoon. I was covered in ashes, dust choked my every breath, but somehow, I managed to stand up.

“There’s someone alive in there!” Someone was shouting.

Around me I saw wreckage and ruin. The scorched remnants of support timbers showed where rooms had once been in the desiccated husk that used to be a home. The overcast sky matched the wasted debris that littered the scene.

Figures pushed their way through the crumbling wreckage, in a matter of minutes I was sitting by the fire trucks drinking water, a warm blanket about my shoulders.

“It’s a miracle you’re alive.” One of the rescuers commented.

I chose to remain silent.

“Do you have anyone you can stay with?”

Caitlyn Morral
St Bonaventure University
286
Wordpress
Odyssey recognizes that mental well-being is a huge component of physical wellness. Our mission this month is to bring about awareness & normality to conversations around mental health from our community. Let's recognize the common symptoms and encourage the help needed without judgement or prejudice. Life's a tough journey, we are here for you and want to hear from you.