Carrying On A Legacy

Carrying On A Legacy

For a legacy lives within each and every one of us. 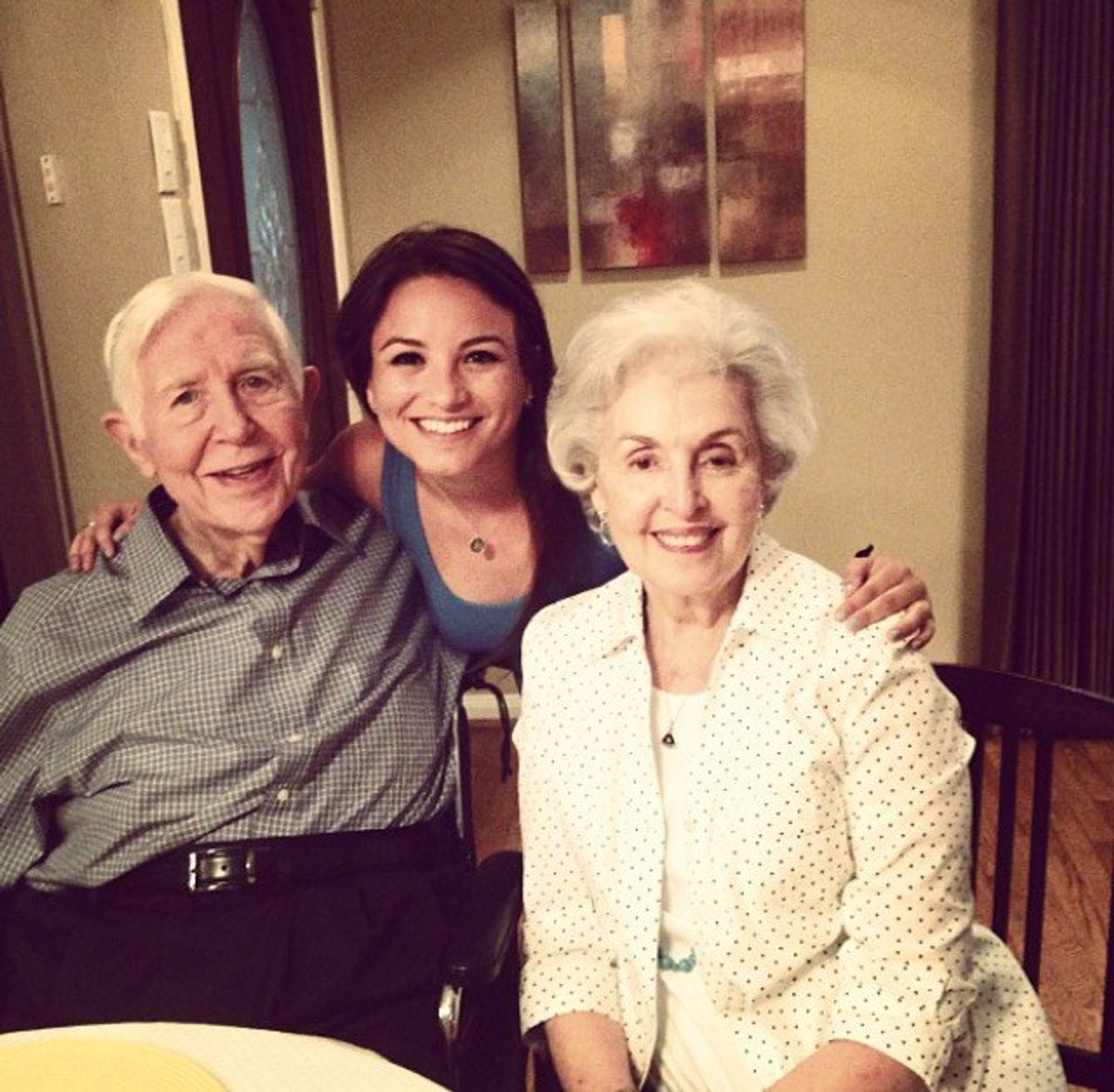 In my 20 years, I have been to three funerals. Two of those funerals were for my grandmothers who died from fighting a battle. I was young then, and I was scared. These experiences I had with death made me terrified of it, as well as illnesses. Death to me was exactly like the scene from "Macbeth" where, once he finds out his wife is dead, Macbeth compares life to a candle by saying, "The way to dusty death. Out, out, brief candle!" Which is so true because a person can have their life taken as quickly as a candle is blown out. And that visual would give me the chills. It's no fun to lose someone you love. And it's especially no fun to have to wait around for someone to die because you know they are sick. It's exhausting, ruthless, and relentless.

About a year ago, someone who was in her 90s passed away. She was in my extended family way down the line somewhere. And even though I was really sad for those close to her, I was so happy because that's how life should be—someone should die when they are really old and shriveled up, with age spots on their hands and wrinkles that tell stories from living grand. When she passed away, I felt joy because she lived a long, eventful life. Her death was a long life to be celebrated.

This past week, my great-granddad passed away. Granddad was a farm boy who served in the U.S. Navy, earned a Bachelor of Science from the University of Oklahoma in petroleum engineering, and eventually retired from Shell. He was the type of granddad who had a deep belly laugh and praised you whenever you told him a little story about yourself. Granddad was uniquely kind, loving, gentle, gracious, and tall—very, very tall. He had this unyielding and never-ending love for my great-grandmother and his crazy huge family. Granddad was the eldest of our clan, sitting as chairman for a genuine and devoted family.

His passing was hard; it was different from any feeling that I had ever experienced. His health was declining, so I knew his time was coming, but I still didn't feel prepared. In many ways, I was very happy that he led an amazing life and knew not only all of his grandchildren, but all ten of his great-grandchildren. How many people could say that? It really is a magical concept.

In no way will my writing be as well-said as her eulogy, but in her eulogy, my great-aunt said that granddad was loving, kind, giving, and he smiled a lot. And she said that if you have a talent, share it with someone. If you love a person, tell them. Be kind, and smile at everyone. That was granddad.

My great-granddad did pass away, but his attributes, characteristics, manners, devotion, and love did not. For he lives within all of us, and it is our duty to carry on his wonderful legacy.