LGBut No One Cares About Bisexuals
Odyssey

LGBut No one cares about the bisexuals 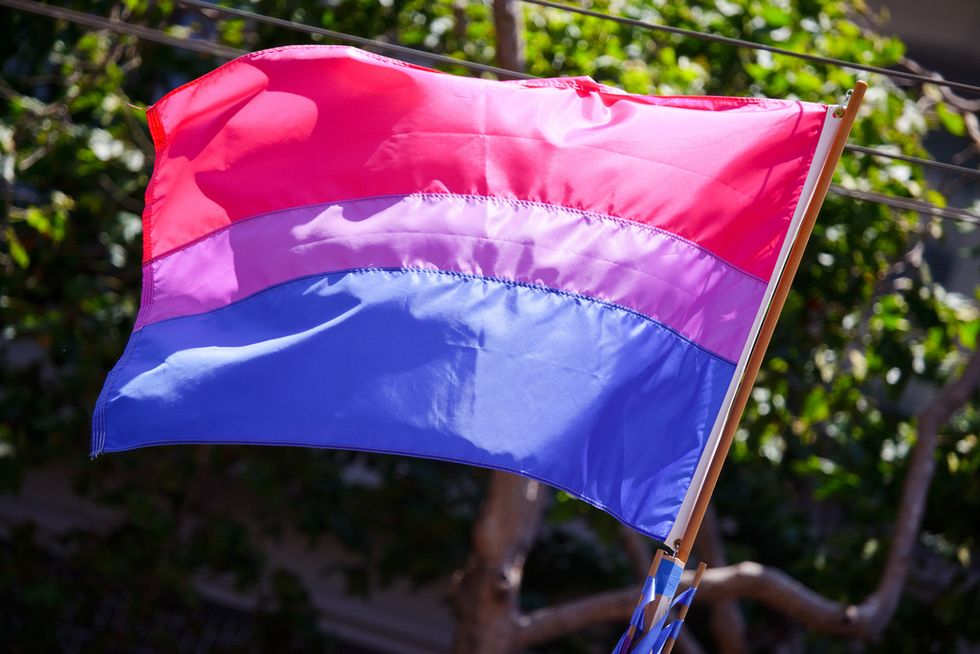 In an age of self-acceptance, activism, and identity-liberation, you would think that the concept of finding more than one gender sexually attractive to be an easy one to grasp and validate, and yet here we are.

Bisexuality, or the sexual/romantic interest in more than one gender, is still a victim of exclusion from the LGBTQIA community due to a societally-driven plethora of discrimination and ignorance. To remedy our culture's wrong-doings to the bisexual community, we must identify our communal flaws. These flaws fall into four categories: the perpetuation of bi-myths, the lack of media representation, the lack of sexual-education, and the innate want for a binary.

Now to crush the stigma around the bisexual community, let's first crush some myths.

Sexual-identity myths seem to specifically target bisexuals more than any other sexuality, and out of all the LGBTQIA communities, these myths are the hardest to bust because of society's mass, ignorant belief in them.

Some common myths about bisexuals include that they are: just not fully committed homosexuals, are greedy, are being curious/experimenting/in a phase, are more likely to cheat, and are not real.

While it might seem black and white to an individual that "a bi-person is simply in a phase," the unfairness of the statement can be realized by having said individual put their own identity into the context of the statement. (i.e. White people are just in a phase, they'll realize they're Chinese soon enough.) See? No makey the sensey.

Tragically, these myths are held as steadfast beliefs by some in our society. In Gregory Herek's article, "Heterosexuals' Attitudes Toward Bisexual Men and Women in the United States," an experiment is discussed where heterosexuals were asked to rate their favorability of various groups (based on politics, religions, sexualities, et al) and bisexuals were rated one of the lowest groups, only higher than drug users. This study highlights a tangible disdain towards the sexually fluid group, while also foreboding the consequences of that disdain within our current hetero-normative society.

The disdain does not end there, however, but surprisingly thrives in the gay community as well. Seeing as steadfast gays and lesbians fought decades for their rights, the idea that an individual could be "one foot out the closet, and one foot in" is inherently offensive, and thus evokes discrimination towards bisexuals. However, this ideal is once again a myth that brings about real unrest in the LGBTQIA community.

An over-arching tension between lesbians and bisexual women can be seen in Pauline Rust's article on the matter, "Neutralizing the Political Threat of the Marginal Woman: Lesbians' Beliefs About Bisexual Women." The paper states that of the lesbians interviewed for the study, a majority held the belief in the above myths.

Even in a community that truly understands sexual discrimination and the need for societal validation, still, a belief in and an active acting upon hateful bisexual myths continues in our twenty-first-century society.

It's not surprising how ingrained bisexual myths are when you look at how little the examples of true bisexuality were in media, up until the current decade - it was the only information available on the sexuality at the time.

In 2007, only five networks had reoccurring LGBTQIA characters making the staggering percentage of non-heterosexual representation on TV a little over one percent. Bisexuality had to share this one percent of non-heteronormative characters and plot lines with legitimately every other grouping in the LGBTQIA community, drastically lessening that measly one percent.

In Kenji Yoshino's work "The Epistemic Contract of Bisexual Erasure", his findings show the imbalance of representation of bisexuals in media and the actuality of people claiming the bisexual name or declaring sexual fluidity. While homosexuals get more media coverage, the numbers show that there are less pure homosexuals than bisexuals in the world. This upset in the audience to pop culture's portrayal ratio perpetuates a later topic, a demand for the binary, along with other negative outcomes of discrimination.

Within that imbalance of representation is anything but accurate portrayals of bisexuality. Bisexuals are used as punchlines, as a moment of sexual entertainment, as plot twists, and cinematic bisexuality rarely includes male bisexuals.

Also upsetting, according to GLAAD's annual report, bisexuality, unlike any other sexuality, is used as a metaphor for "moral flexibility." Negative tropes within the past decade use the sexuality to represent "untrustworthiness, immorality, and infidelity. The characters are seen to "…use sex as a means of manipulation… [and] are lacking the ability to form genuine relationships…" along with "associations with self-destructive behavior" which instill even deeper negative attitudes and beliefs about real bisexuals into audiences.

While this day and age's media feels the most #PRIDE out of any other, there still is a veil of invisibility cast by that media on the bisexual community that has impacted generations of television and movie watchers on hurtful falsities about bisexuals.

One of the seemingly obvious places to start educating about fluid sexuality would be school sex-ed classes. However, only twenty-four states require that schools teach sexual education, leaving the majority of Americans to fend for themselves for information.

More disturbingly, only twenty of those states require the information taught is medically accurate! So, while some states are in fact teaching sex-ed, that education contains potentially harmful and inaccurate material.

With such little concern for the state of sexual education in America, what does that say about the education students are receiving about modern sex-ed necessities, like information on contraceptives, consent, and sexual fluidity? The damaging repercussions of this lack of proper education on bisexuality can be seen in McLean's article "Living life in the double closet: Bisexual youth speak out." She writes that the lack of information and resources out there for young bisexuals promotes a feeling of their sexuality being invalid while perpetuating harmful myths in non-bi youth and adults.

Just like with media representation, a good portion of the information on bisexuals comes from negative perspectives, once again illuminating the disdain society has for the sexuality. Case in point, while researching for this project, using several scholarly journal databases, most of the articles found on "Bisexuality" were in fact not on helpful information on the sexuality. No, instead, thousands of results came back for the "danger" of being bisexual (I.e. HIV/AIDS crises) along with hundreds of results on becoming an ally and true and fictional stories about bisexuals, with only a handful of meaningful informative articles scattered amongst all them.

We are creatures who shy from that which we do not know. So shouldn't it be time to accept our educational flaws and attempt a bettering of our society through its own education?

Finally, the humanistic obsession with the concept of "the binary" also invalidates and outcasts the bisexual community. Humans feel the need to demand others to conform while also forcing themselves into Category 1 or Category 2.

Within the past decade, a better understanding of the impossibility of such a request has begun to better society's acceptance of the none black nor white, but grayer individuals. Yet, the compliance with the division and need for finite self-identification in some societal members continue hurtful exclusion of bisexuals in both straight and gay communities.

In Pauline Rust's article from earlier, where lesbians confessed their true opinions on bisexuals, it was found that the lesbians who admitted to some heterosexual interests were not as judgmental towards the bisexual women. The fact that some of the lesbians could be comfortable enough with their sexuality to open up on some more fluid attitudes allowed for more acceptance of the fluid others. Those, however, who claimed to be sexually steadfast saw the bisexuals as traitors, as halfway committed, and as in a phase. This suffocating grip to conform to only the sexual attraction of one gender instills in society biphobia.

This damaging societal concept that says we all must conform to the binary, or in other words, you must be only gay or only straight, confines humans into unsatisfactory lives full of self-loathing, lying, secrets, discrimination, and a loss of potential happiness.

The cultural divide made by these acts of ignorant discrimination can be remedied through activism, understanding, and continual societal self- betterment. This day and age's uprising for individual liberties has sparked cultural re-improvement, but this battle for societal reformation does not end here. With an active effort from all to "be the change they wish to see in society", this could be the generation to end the "in or out" burden bisexuals face daily. The only question is now, "Are you in, or are you out," when it comes to creating a world of acceptance towards bisexuality?