Can We Ever Trust the DNC Again
Odyssey

Can We Ever Trust the DNC Again

A Word of Warning to Hillary Clinton, Debbie Wasserman Schultz and the DNC, from the Other Half of the Democratic Party. 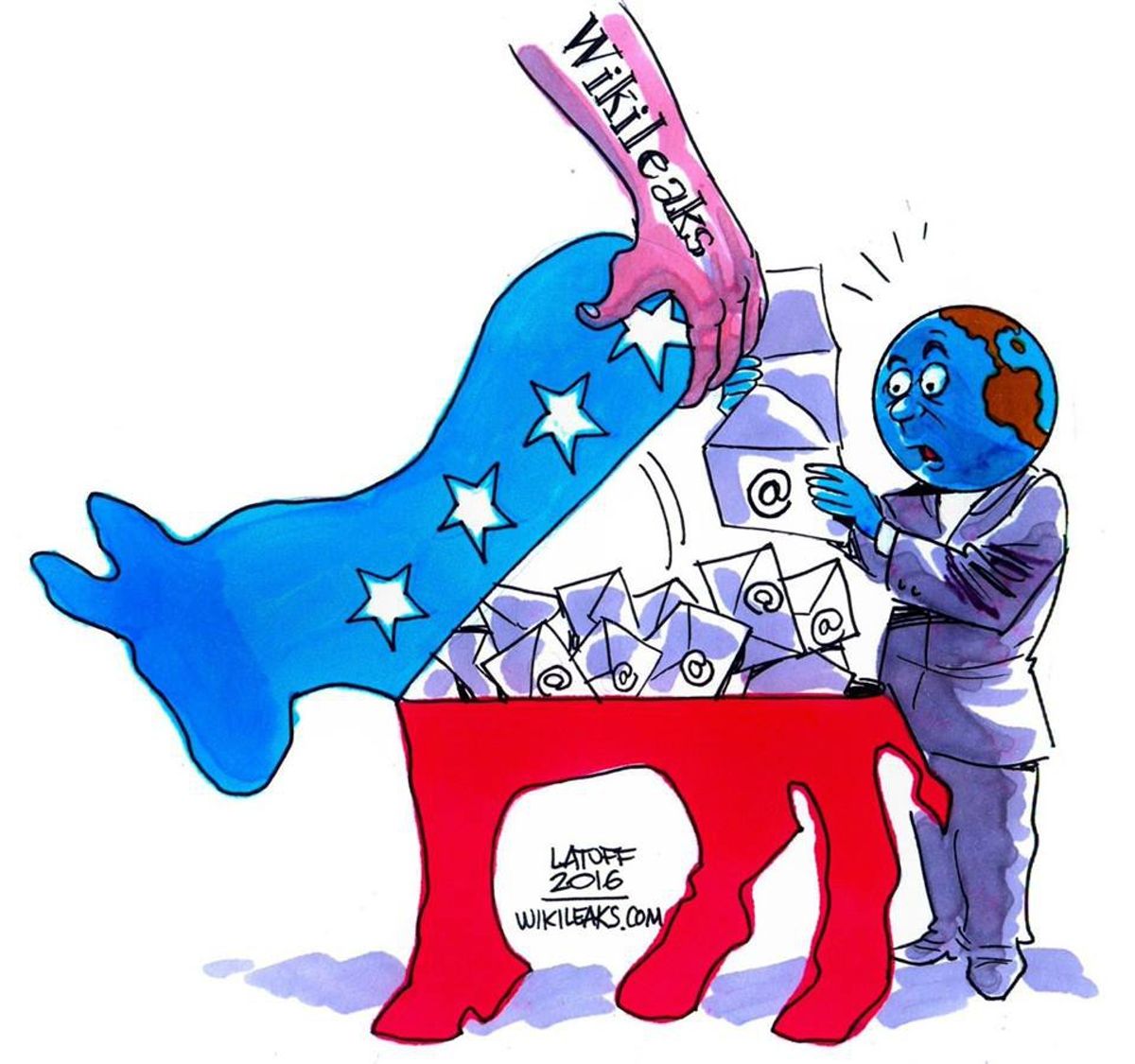 This week, only days after we witnessed the Republican party fall apart at their convention, WikiLeaks dropped over 19,000 emails, sent between Debbie Wasserman Schultz and six other chairs of the Democratic National Committee, that reveal the DNC's plan to undermine Bernie Sanders' presidential campaign. This development, that many supporters of Sanders' political revolution have suspected since the beginning, comes mere days before the Democratic National Convention is to be held in Philadelphia. There have been talks of riots and protests from delegates who have supported Bernie Sanders, amid declarations from angry voters that they would be turning to anyone else besides Hillary to cast their vote; be it Jill Stein, Gary Johnson... or even Donald Trump (which, I cannot stress enough, is a horrible idea).

But can we really blame them?

The DNC lied to us, plain and simple. Debbie Wasserman Schultz, and the rest of those implicated in this scandal were required to remain neutral in the race and help the party advance, not a specific candidate. Instead, they chose to think of ways to use Bernie's religious beliefs (or lack of beliefs) against him, think of ways to convince us that his campaign was "a mess", think of ways to push Hillary's narratives ahead in the mainstream media. This does come as an outrage to many of Bernie's supporters, including Bernie himself, but not as much of a surprise.

Corruption has been the main issue in Sanders' campaign from the beginning, specifically on Wall Street and within the DNC. Many of his supporters have called for Wasserman Schultz to resign long ago, which she finally did on July 23rd, although she won't be officially stepping down until after the convention. However, that hasn't appeased many of those who called for her resignation; she was almost immediately appointed by the Clinton campaign as an "honorary chair".

In this writer's opinion, this was a very irresponsible and, frankly, stupid move by the Clinton campaign. Debbie Wasserman Schultz is arguably the face of Democratic corruption, and hiring her onto her campaign before the ink on her resignation letter had dried is not just careless, it's dangerous. Donald Trump and the Republicans now have something else to add to the list of things they can endlessly spin against her and the entire party.

It also shows that Clinton is not interested in the party becoming more progressive, a point nearly half of Democratic voters voted for when they voted for Sanders. Between adding Wasserman Schultz onto her campaign and appointing Tim Kaine (a fine politician, but a moderate nonetheless) as her pick for vice president, it raises the question: can voters ever trust the DNC again?

Hillary Clinton is going to be the Democratic nominee; that is a sad fact, given that the media had practically crowned her the nominee back when she announced her run, and after the California primary. The DNC crowned her the nominee long before that, but when Bernie Sanders started gaining momentum, suddenly she wasn't quite inevitable. And she still isn't, even with Bernie on her side; Donald Trump is currently leading Clinton in the polls by three points, five points if you add in Johnson and Stein's polling numbers.

She may be the nominee of the party, but in order to grab and hold the momentum she needs, she needs to adhere to the other half of the Democratic party that came out to play this year. The 2016 election will go down in history as the craziest year in history, but also as the year half of America decided we wanted to become more progressive. Bernie's rapid rise and success is a testament to the fact that we want to change, that the future of America is destined to make a sharp left turn, no matter what the right says. Hillary Clinton, Debbie Wasserman Schultz, and the rest of the DNC cannot ignore that if they want to Democratic party to stay sustainable.

Hillary Clinton will be the Democratic nominee. It's time she started acting like it for ALL Democrats, and it's time the DNC made some changes. Wasserman Schultz resigning was a good first step; now convince us that you're willing to change. Even then we might not believe you, but if you're really committed to keeping the United States of America a free democracy, then you'd be wise to do everything you can to regain the trust you've lost.