Where are U? (Campo)
Odyssey

Where are U? (Campo)

Just a Union girl in a big world. 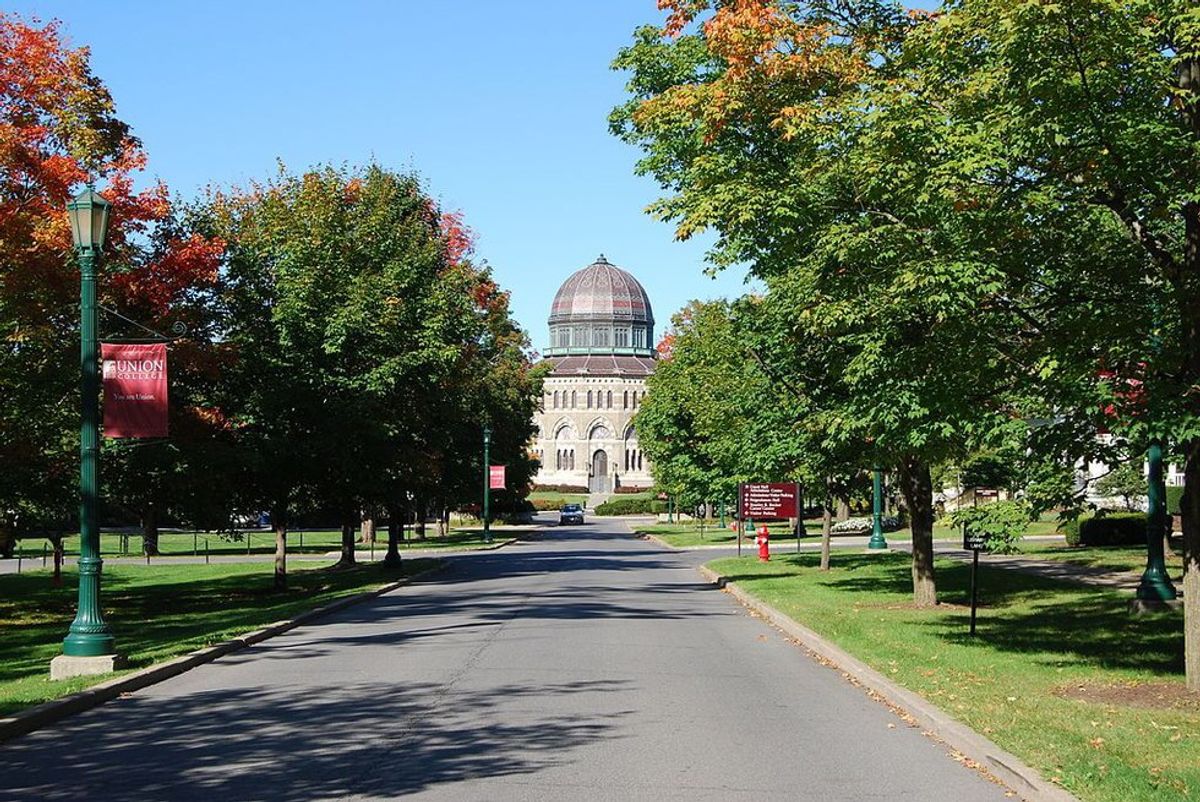 I suppose in the past I have been more naive to my surroundings. Attending a small, private liberal arts school, where you know the majority of the students, you forget the real dangers of the outside world. Here at Union, we are subject to our tiny little bubble that consists of Union and Union only. You tend to forget what actually is going on just a mile down the road.

That being said, Union College is located in Schenectady, NY. A charming city with a lot of history. Unfortunately, according to Times Union, Schenectady has the highest rate of violent crime within the capital region, and it is not hard to imagine. My first few nights at Union, I was exposed to the local area the hard way (I lived in West College, on the Seward Place side of the building). I listened to sirens all night long. This has continued through this year, and I am sure the lovely background noise is not going anywhere anytime soon.

While it is rare that incidents with the Schenectady locals occur on campus (surprisingly though, because Union is an "open campus" which means that anyone from the public can enter it at anytime or pretty much any place), they still happen. Just this year, my friend's car was stolen from the West/Fox/Davidson parking lot. My question, where was Campus Safety when two Schenectady locals were wandering around the parking lot checking for unlocked/available cars?

Off campus incidents are another story in its self. The majority of the activities occur on campus, however there is a significant amount of activity that occurs off campus, whether it's visiting a friend who lives in an off-campus house, or simply running around campus, it is strongly advised that you never go anywhere alone.

This weekend, while walking from a frat located on campus, to an off-campus house, I had a wonderful encounter with some Schenectady locals. The incident occurred on Lenox Road, close to Frank Bailey field. Two of my friends and I were innocently walking on the sidewalk along the fence of campus but technically still not on campus when I noticed an egg was just thrown at me. While the egg did not hit me, the people who threw the egg proceeded to yell at us from their car. While I am not completely aware of the relationship between people in Schenectady and the students at Union College, I got the vibe that it was not a positive acquaintance. While the end result was that the people drove away, it left me wondering what would have happened had they not, and what Union could do as a community to avoid this situation from happening again.

While I thought that my interaction was bad, I later learned about two of my friends who had been taking the same exact walk, earlier in the night, except a person ran right up to them, and smashed an egg on each of their heads. The person ran away, but the girls left with yolk-covered hair, and complete confusion as to what they did to instigate someone to do this.

So here's my question, where is Campus Safety? While I do understand that this was technically an off-campus occurrence and Campus Safety is responsible for the safety of the students ON campus, I feel as if the overall safety of the students, whether they are on campus or not, is more important. Considering the amount of students who do interact with off-campus social life, it would seem more efficient if campus safety did more laps around campus, or were parked in parking lots where they are able to see students who happen to wander off campus. Campus Safety may do this, but I have never seen them do this any time I have walked on this particular sidewalk.

It just seems a bit silly to me that there is a campus safety car parked between the admissions building and the career center when girls are getting eggs thrown at them on Lenox.