Burnout Doesn't Just Affect Those In The 'Helping' Professions

Burnout refers to stress and exhaustion and it is commonly felt by those in "helping" professions - doctors, nurses, and EMTs, but burnout can affect anyone, no matter their job, career, or college major. 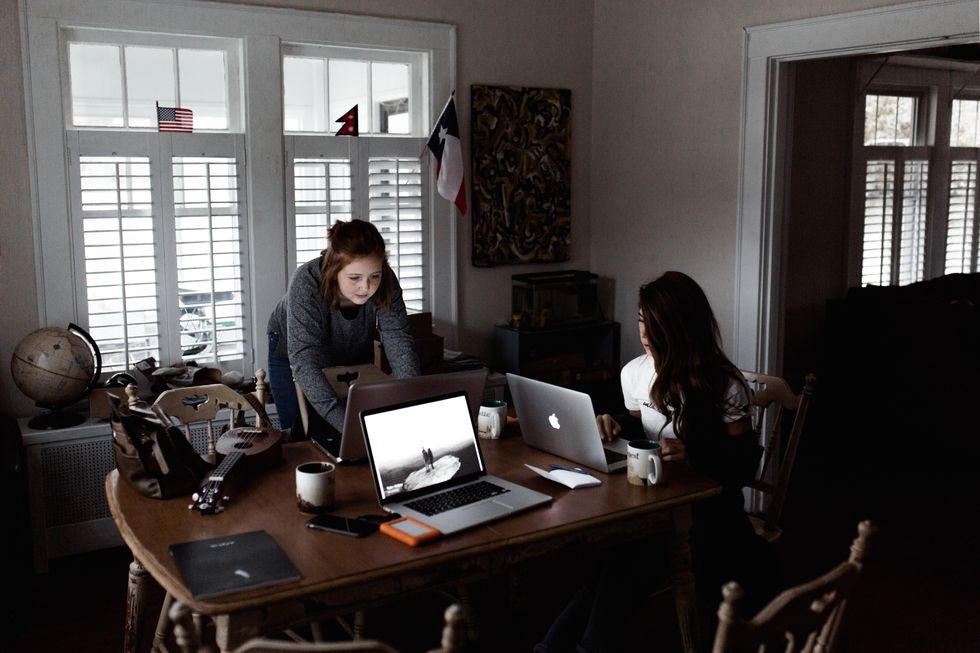 When I was a senior in high school, I did a project about burn-out in emergency medical technicians. My mom is an EMT, and I spent a lot of time with her at the station. I would help her and her partner disinfect, wash, and check the inventory of the ambulances while she was on shift. I would help them make dinner, which, sometimes, she would be called away from.

It wasn't always dinners she would be called away from though. Sometimes she's woken up in the middle of the night, called away to a scene. And they aren't always "walks in the park"; sometimes they're violent accidents - cars flipped on their sides in the ditch.

Even though I spent an entire semester of my high school career researching burn-outs for emergency medical technicians, I didn't realize burn-out could affect college students in similar ways.

I wish I had all of that research about burnout in EMTs still handy, but I remember vaguely that burnout is a major reason why EMTs don't last very long in their careers. Burnout is a serious issue.

At this point, if you're wondering what "burnout" is, it's a state of chronic stress that leads to physical and emotional exhaustion, cynicism and detachment, and feelings of lack of accomplishment.

Signs of cynicism and detachment include loss of enjoyment (which can be mild, like not wanting to go to class or being eager to leave, but it can quickly lead to all areas of your life, including the time you spend with family or friends), pessimism, and detachment).

Signs of lack of accomplishment include increased irritability, and lack of productivity and poor performance.

People also report having less investment in interpersonal relationships; this may be because people feel like they have less to offer, they have a diminished interest in having fun, or have less patience with people.

I know all of my friends are ready for spring break to get in gear. My friends have told me about their plans about visiting their boyfriend for the week, their family vacation to California, and so on, getting away from their stressors.

Last week I had a "mini-spring break" - I spent the weekend with my best friend. We laughed a lot, and I didn't spend a second worrying about homework. I got away for a little while, and last week I was pretty on top of my game.

This week? Not so much. It took me hours to come up with an article idea and executing it took over two hours. I have been struggling to do my homework and going to classes. I've been bogged down with all my "adulting responsibilities."

Burnout is a serious issue - it affects everybody from EMTs to college students. Remember the basics: get enough sleep, eat right, and exercise, are the first steps in getting back on track.

It's important to recognize what exactly is stressing you out. With that, writing down at least one way to modify that situation to reduce its stress, and implementing it into your routine. Psychology today recommends taking breaks between big projects, although I know as a college student that's not always an option. It also recommends controlling screen time.