I need answers, now- A 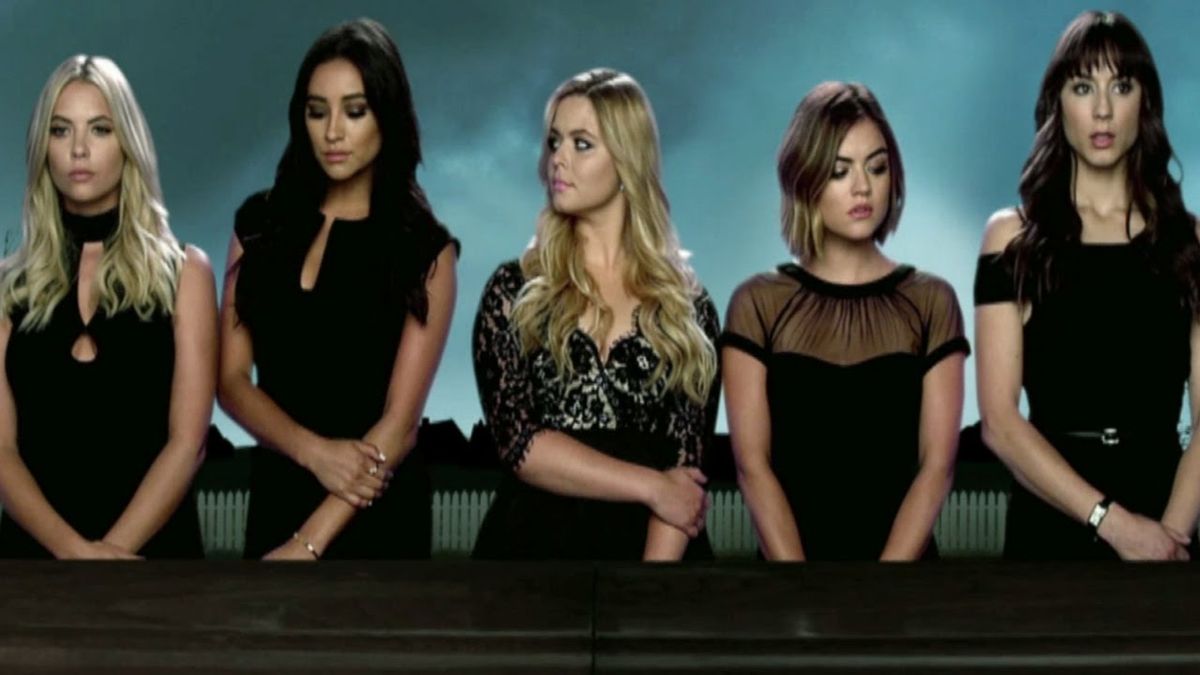 Let's be honest: Pretty Little Liars left us with A LOT of unanswered questions. The show that turned every teenage girl into Sherlock Holmes had a less than satisfying ending for most viewers. PLL and I have a love-hate relationship. I love the drama, the meant-to-be couples, and the friends who never give up on each other. I hate the plot holes, the fake big reveals and the less than perfect finale. Pretty Little Liars will always have a special place in my heart. That being said I need some answers. Here is every question that PLL fans need to be answered ASAP. Warning: spoilers ahead!

1. How did Jenna get blinded by a firecracker?

So she's blinded but not burned by the fire?

What kind of costume choice was this?

What did Maya know? Why did they never tell us what she knew? So many questions...

I could have done without ever hearing the name Bethany Young

5. Who/what was in the barrel in that storage unit?

Was it a person? Was it nothing? I need to know

6. Everything to do with Ravenswood

We have enough drama, why do we need to ghosts involved?

7. Mrs. Grunwald and her predictions

Lady gives me the creeps

Who at ABC Family thought that having siblings being in a romantic relationship was a fantastic idea??

9. Who was beach hottie?

We never got confirmation that it was Wilden... Maybe beach hottie is A?!

But really, all of Rosewood should be behind bars

Maybe the most honest character on the show

12. Who gave Alison that bloody lip?

13. How did Cece/Charlotte casually leave Radley whenever she pleased?

14. How does everyone in one town end up in the same psych ward?

Rosewood must have something in the water

17. What was the deal with Sara Harvey and Charlotte?

Did Charlotte really kidnap her? Did Sara have Stockholm Syndrome? Why did Sara shower every other scene?

18. How did no one find out that Shana was murdered by Aria?

There were no fingerprints? no anything?

19. Why was Melissa constantly sketchy?

If you didn't do anything wrong, do act so guilty!

20. Why did no one wear gloves to commit crimes?

Did none of you watch CSI?

22. Everything to do with Andrew Campbell

Such an unnecessary character

21. What happened to Holden?

Was Wes mad about the Ezria wedding because of his kiss with Aria? Is he single and if so, can I have his number?

23. Why did Mike Montgomery disappear?

How dare he miss the Ezria wedding!

24. Why did Sydney even exist?

25. Every timeline ever on PLL

Nothing ever lined up and it was beyond frustrating

26. Why is Peter Hastings such a player?

You were married to boss lawyer genius and you constantly cheat on her..smart move

He was nerdy and harmless; I hope he's good

28. What happened to Nicole?

Is she still breaking into Ezria's apartment?

29. Everything to do with Lucas

Was he good or evil? Helpful or harmful?

30. Who is making all of these masks?

And why did no one think to find this guy and ask him who A is?

31. Why does Tanner have a vendetta against the liars?

32. Why are Mona and Caleb weirdly close yet still hate each other?

Quite possibly the strangest relationship to ever come from Rosewood, PA.

Why did he hate the liars? Why did he help Jenna and Charlotte? At least he got what was coming to him.

The world may never know

35. Why did Alex Drake torture Hanna?

This seemed pointless and unreasonably cruel, even for A.D.

36. Why did Alex think she and Aria were going to be the closest of all?

Is it because they both have Radley history? Maybe they were destined to scheme, lie and steal together

And how did she get two full grown people there against their will?

Did she do it for Toby? Was it the butterscotch cookies?

39. Who decided that the Alex Drake storyline was a good idea?

40. How did the wine moms get out of the basement?

I NEED TO KNOW, MARLENE.