Italy: The culture behind the food. 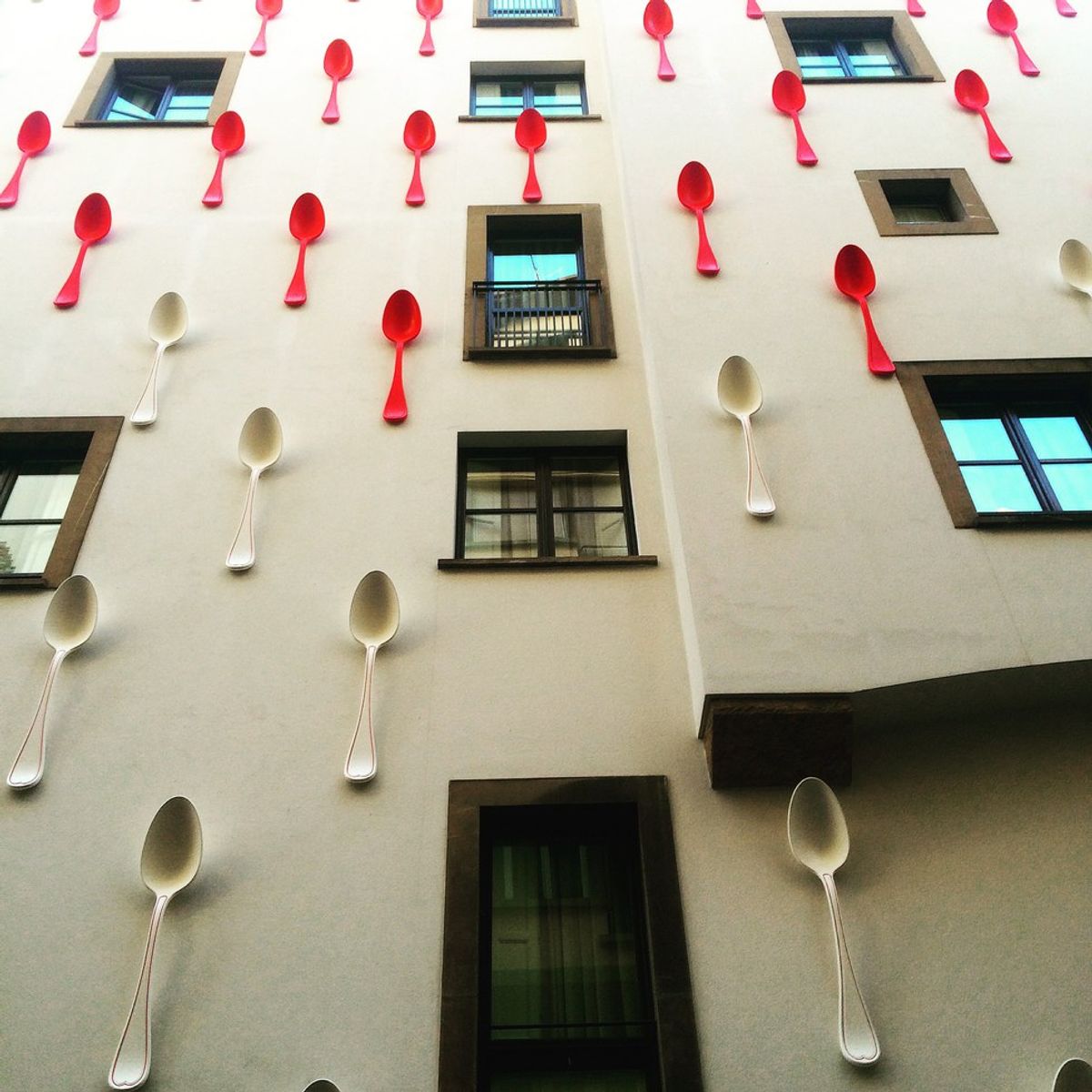 How does one begin to describe the food in Italy? The words exquisite, superb and lovely certainly come to mind. The American perception of what Italian food is misses the mark. While we often pile on the garlic and overdose on spaghetti, the Italian meals are always perfectly balanced. Perhaps this reflects culture? The Italians have style, and everything is in its place. Nothing is ever in excess. From an American viewpoint, the more there is of something, the better. America is often all about the “supersizing” of both food and personality. The two nations approach food and tradition in separate ways, and it is interesting to compare them both.

A traditional Italian "Antipasto" platter (this comes before the meal)

The Italians are all about enjoying life, and this means enjoying food. The Italians actually stop to eat instead of scarfing it down like we Americans often do. An observation I made in Italy is that there were nowhere near as many fast food shops as there are here in Columbus, GA. In America, the common idea is to be a workaholic. This entails getting places early, getting things done as soon as possible, and that means there is little time left for actually enjoying good quality food. This explains the overabundance of fast food shops in America with Drive-through windows. In Italy, people take their time. In the morning, instead of rushing to work, you go sip your coffee at a bar, talk with friends and read the paper. There is no big rush.

Here is the lovely image which greeted me each morning before class.

Food is made with care in the preparation, and it is meant to be enjoyed. Dinners are expected to take hours. Families and friends take time to talk with each other over dinner, not rush and hurry up to get out of there. When we were in La Spezia, we fortunate to be welcomed to a large family dinner, and there was much talking, laughing, and singing. They enjoyed a meal that had about eight courses, and they often shared plates with each other. They were celebrating for Republic day two days beforehand. Every restaurant in the city was closed, but that is how Italy functions. If there is a big event, like a soccer game, holiday, or if the owner wants to go on vacation, it is okay to close, and this doesn’t apply to just restaurants. This way of thinking is completely opposite of America, whose restaurants and businesses are often open on major holidays to make money. I think by closing down during the holidays, this places the importance of family and friends over money.

I had a wonderful meal of spaghetti and "clamps", some things are always lost in translation, but at least I gathered what they meant!

Another difference I spotted between our two nations was in the grocery stores and markets. People didn’t seem to be buying in bulk like they do in rural United States. Instead customers often brought their own bag, and bought what they needed for their next meal. Not only is this eco-friendly with the bags, it is financially conservative. The foods seemed to be an overall better quality and not as cheaply mass produced. The colors of the packaging were very neutral as opposed to eye-catching color. I think that this shows a preference for quality in the Italian culture as opposed to extreme consumerism. Even walking through the streets, the signs were meant to blend in with the surrounding architecture instead of standing out. In Columbus, GA eyes are bombarded with mismatched billboards and signs with no rhyme or reason.

Not to mention the open markets, there was a wonderful selection of food that was in season, as well as meat and cheeses.

A photo I took of the meat selection in the local Conad that was down the street from our apartment.

It is obvious that the food and culture of Italy are intertwined, and have been for hundreds of years. Some of the foods being prepared in Italy today are the same foods that have been served traditionally since the Middle Ages. Some of the food is even symbolic, for example, the white mozzarella cheese, red tomatoes, and green basil is meant to represent the Italian flag. I certainly miss the food and culture of Italy, but it makes me wonder what our American dishes reveal about our own culture.

But my favorite was the Caprese salad, this is a photo of the first one that I got the chance to try.

Dear Italy, I will be back soon!