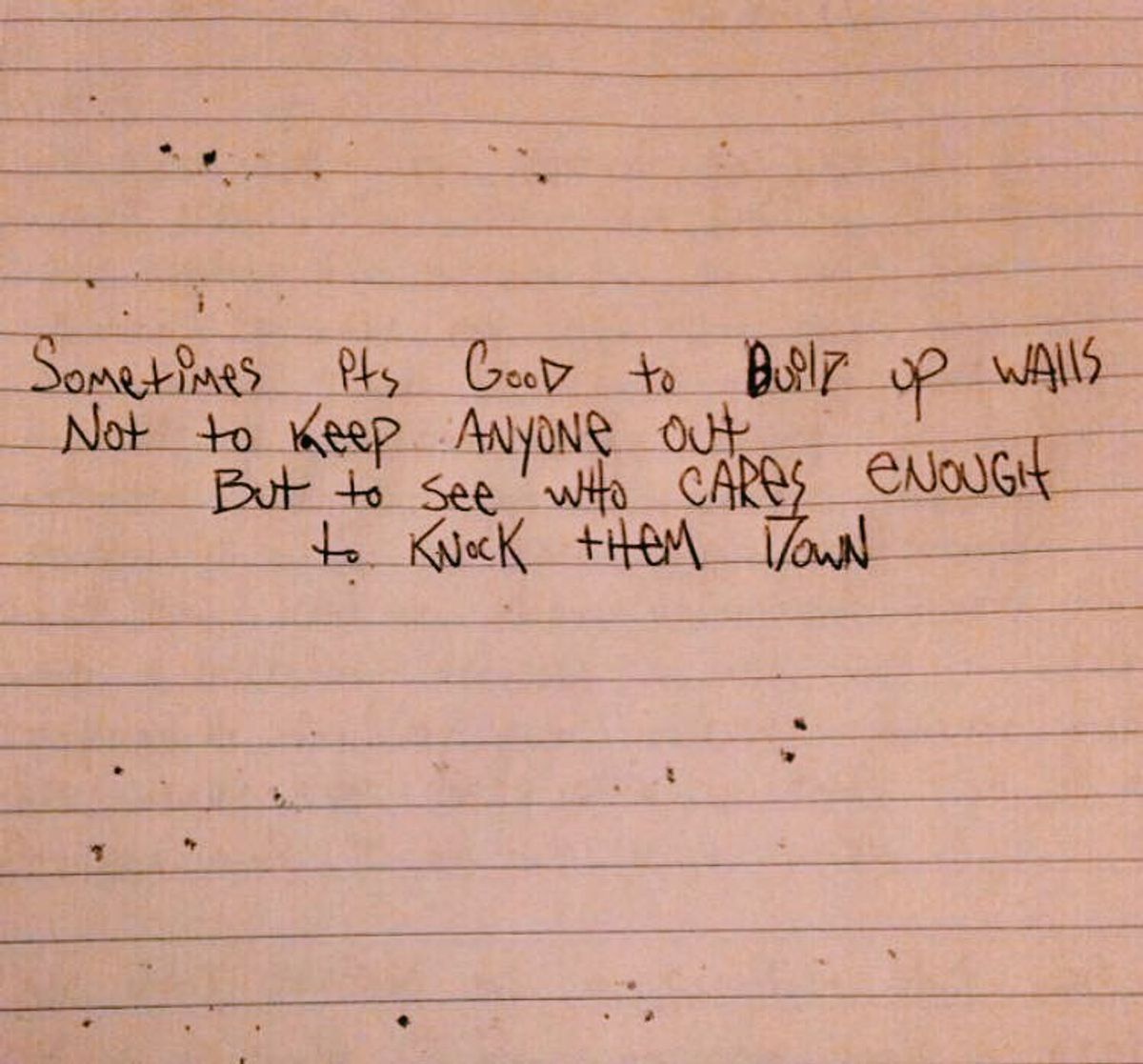 The definition of "walls" is "something that is used to confine/enclose an area especially to protect or give privacy." The reason I mention this is because people who struggle with mental illnesses can feel as if they are trapped with a wall all around them.

"Learned bBehavior" is a term that I got tattooed onto my body. It is a song from my favorite band The Color Morale. It has line in it that has resonated with me since I first heard it. It goes, “Sometimes it’s good to build up walls, not to keep anyone out, but to see who cares enough to knock them down.” I have a very strong connection to this. Like many people I have struggled and wondered if people really care. So like the song says, I would build up walls to see if anyone would actually try to get pass them.

Sometimes the walls were intentional, other times they weren’t. When you struggle with any sort of illness people tend to care and not judge but with mental illness there is this stigma. We need to break it and help those that need it. There is a difference however between actually having an illness or saying you are “depressed” just because you got sad or something made you nervous so you had a “panic attack.” For people with these mental illnesses, it is a daily struggle. Somedays are better than others but that doesn’t mean it just goes away. It can get better, but it’s never truly gone. We need to start realizing that this is a real thing.

“It’s just in your head” is a phrase used a lot and it is meant to sound like a bad thing but it is actually in our head. We struggle with our brains, which is the hard part.

I just want everyone to know that it’s OK to go through what they are going through. It’s OK to push boundaries. It’s OK to not be OK. What isn’t OK is pushing people down when they are already hurting.

Sometimes you need to just break the wall they’ve created (no matter how hard it may seem) and talk to them. When they try to explain something actually take the time to listen. Don’t just abandon someone when they need you the most because that’s one of the worst things you could possible do.

Leaving is hard but sometimes getting rid of those not helping you is one of the most beneficial things you can do. You can always get through what you are going through and I believe in you even if you don’t. Fight the stigma because you are not alone.