My Brother Was More Than His Inmate Number

My Brother Was More Than His Inmate Number 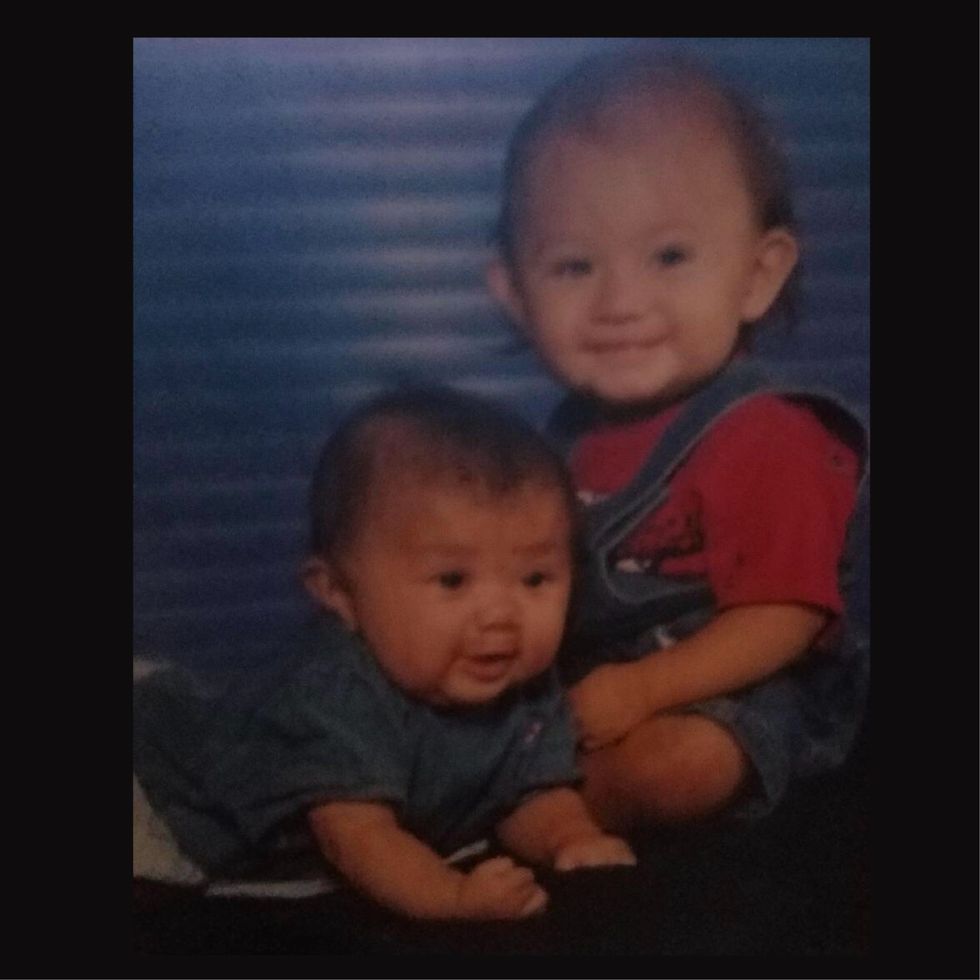 Picture a Latino man with tattoos, a baggie red t-shirt, khakis, the newest pair of Jordans, a gold watch, a red bandana hanging from his hip and a joint tucked behind his ear. What are you thinking? Gangster? Criminal? Trouble?

No that's my brother.

From his outside appearance, you are intimidated, you might even hold your things tighter to your body or avoid any eye contact with him. Why?

It's because he creates this sense of fear which makes people question his innocence or lack thereof. Everyone has a stigma attached to gangster, a bad stigma.

Yet for the people he knows, he creates a sense of protection, safety, and security. I'm in that second group.

My brother was my protector. He was everyone's protector. He'd buy me food if I was hungry. He'd give me money if I desperately needed something. He'd defend me when I would be bullied. And he made me laugh.

He did whatever he had to do to survive and provide.

He was a man of his word. A father, a son and a big brother.

Raul had a lot going on in his life. Schools seemed to give up on him and family life was anything but easy, I know this because I came from the same place. Luckily I got the upper hand in life with my education and persistent adult.

But for him, the social workers, teachers, and tutors didn't put in 100% which hurt. I knew he had potential but everyone seemed to give up.

Never once did I fear him, but there were days I felt like I was going to lose him. To me, he was like a father figure, and though we were separated for a long time I knew he would do anything for me.

He pushed me to pursue my education and to prove people wrong. He wanted me to make a life for myself. I didn't want to let him down, because everyone else had.

Of course, this also meant he wanted me to avoid guys because he knew that some of them didn't have their heart in the right place. He was right.

Somedays he didn't think before he acted out, but does everyone? Sometimes he would get angry but never once did he lay a hand on a woman.

Because of him, I knew life didn't come easy for people. That people needed to see more than a person's appearance. That life gives people different paths that they must learn how to walk on.

Some people find their belongingness in books, music, and friends, his was a gang. There's more to his story than I could ever write in one article but for now, this is what you need to know.

Society needs to see more than the crime. These criminals have had such diverse lives with societal factors affecting their upbringing. Some feel like society gave up on them. Some feel like society expected too much out of them. And for some, the criminal justice system is a joke. The world knows so little of people's stories, we all need to listen.

He was a little bit of everything and more.

He is a human with emotions, with a purpose and with a family but wasn't given an equal chance. Today he is a “free man", I use free loosely because his appearance does not grant him the same freedom as someone else.

There is more to him than the tattoos, choice of music and record and I know that side will make people smiled.

To you he is scary but to me, he is the biggest goofball I know.

To you, he's a gangster but to me, he is a good father, a hard worker, and big brother.