Breaking Down Different Types of Concerts

Disclaimer: I am in no way a music expert or a person whose opinion should be taken seriously. 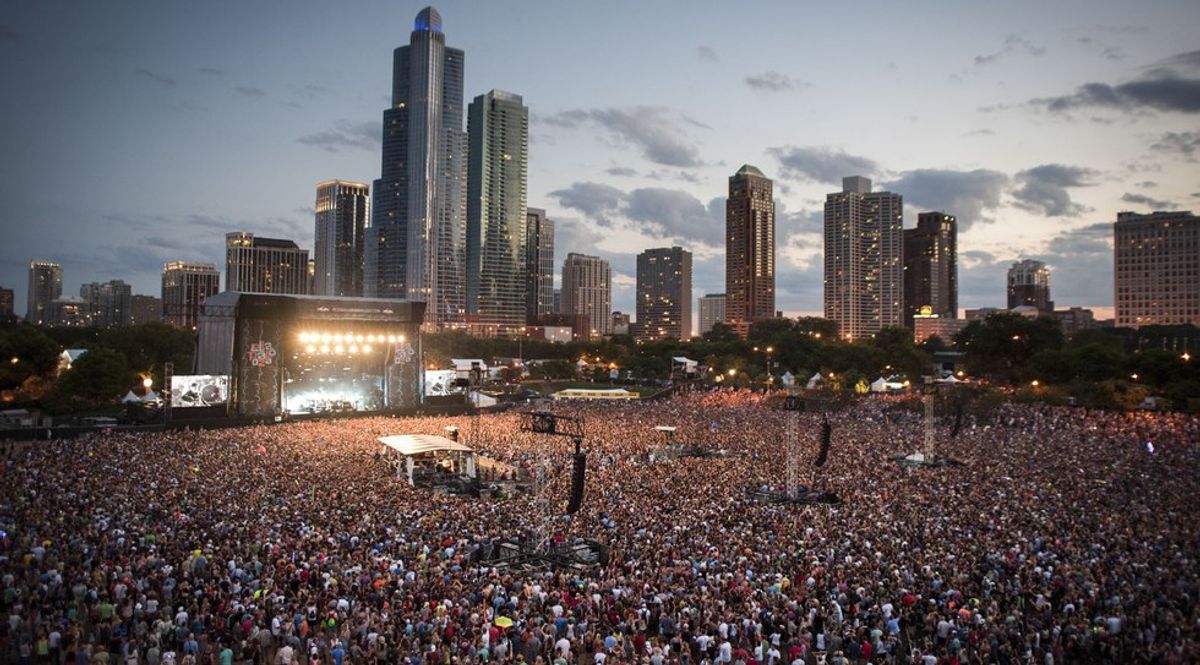 Miami Music Week hits us in a month, Coachella follows closely behind, and summer gives us all the warm school-free days we need to blow all our money on concerts. Who doesn't love a good concert? You can't deny there's a certain shared sense of joy when you're just surrounding by a crowd of fans being swallowed up by the music you like. However, each type of concerts have a completely different vibe than another. Here's a breakdown of a couple different kinds of concerts you may go to.

People You'll See: If it's a more mainstream alt band, like the ones listed above, you're probably going to see a lot of college aged kids wearing their newest Brandy Melville one-size-fits-most romper and a fedora. Many of these people will know a total of one song from the artists, stand in the middle of the crowd with a bowl, and sing along to their best ability.

Why They're Fun: First of all, if you're into this kind of music then that alone is reason enough to go. Alt isn't for everyone but those that like it will enjoy most artists in the genre. It's also usually a very lowkey, chill experience. Sometimes you'll get a banger like "Come With Me" by KONGOS, but usually you're going to get something more mellow like Hozier's "Work Song."

People You'll See: Unless you're in the deep south where country is a way of life and fun family event to take your kids to, country concerts are usually dominated by high schoolers. Drunk high schoolers. Like I'm talking obliterated after drinking a fifth of fireball and a case of Keystone. They will all be wearing denim, flannel, cowboy hats, cowboy boots, and some form of red, white, and blue.

Why They're Fun: Umm didn't I just tell you why they're fun? I mean yeah, there can be a point where you get tired of hanging with a bunch of drunk 16 year olds, but get the right crew together and there's nothing better than running around fields waving an American flag as country music plays on a hot summer night.

Why They're Fun: They're not.

People You'll See: The crowd is usually young, but still old enough to get into that 18 or 21+ club (except for the weird 35 year old drug dealers creeping around). Everyone will be on drugs, that is inevitable. Everyone will be touching each other and proclaiming their love. And everyone will be bouncing around pushing towards the front row.

Why They're Fun: Many people can't even distinguish between various subgenres of EDM, so to them it all sounds the same. But that doesn't mean it's bad. These concerts are almost always consistently fun. And everyone is in such a good mood! You can't not have fun bouncing on top of some rando's shoulders with your hands up in the air as neon lights and bass literally consumes your soul.

People You'll See: I honestly feel like these concerts are always dominated by young white people. They throw on their coolest graphic tee, a big ass hat, and some sick sneakers and try to rap along to "New Slaves." Keep trying boys.

Why They're Fun: Some of the biggest names in music are in the rap game. Think of one of popular artists right now and you're going to name Kanye, nine times out of ten. And the thing is, whether you like these guys as people or not you can't deny they wright good lines and put on a hell of a performance.

Why They're Fun: Well if you were raised on this music by your parents, you'll probably love it no matter what. And if you actually grew up during their peak popularity (I'm looking at you mom and dad) then you will have an absolute blast singing "Margaritaville" in a parrot hat with a beer and your wife in your hands.

People You'll See: Anyone and everyone. The lineup is so varied, naturally the crowd you're going to see will be too. These festivals get a rep for mainly having wannabe hipster 17 year olds wearing "original" crop tops, feathers, and flower headbands, but honestly a majority of people do not fall under this category. It's a music melting pot.

Why They're Fun: Would you rather pay $100 for a four hour Sam Smith concert, or pay $200 for a three day long clusterfuck of hundreds of artists covering every genre from indie to hip-hop to dubstep? The answer seems pretty simple here. You get to see so many people, so many artists, and for one weekend you have no responsibilities other than listening to hours upon hours of music.