The Boy With The Tin Heart
Odyssey

The Boy With The Tin Heart

The part of manhood that people don't talk about 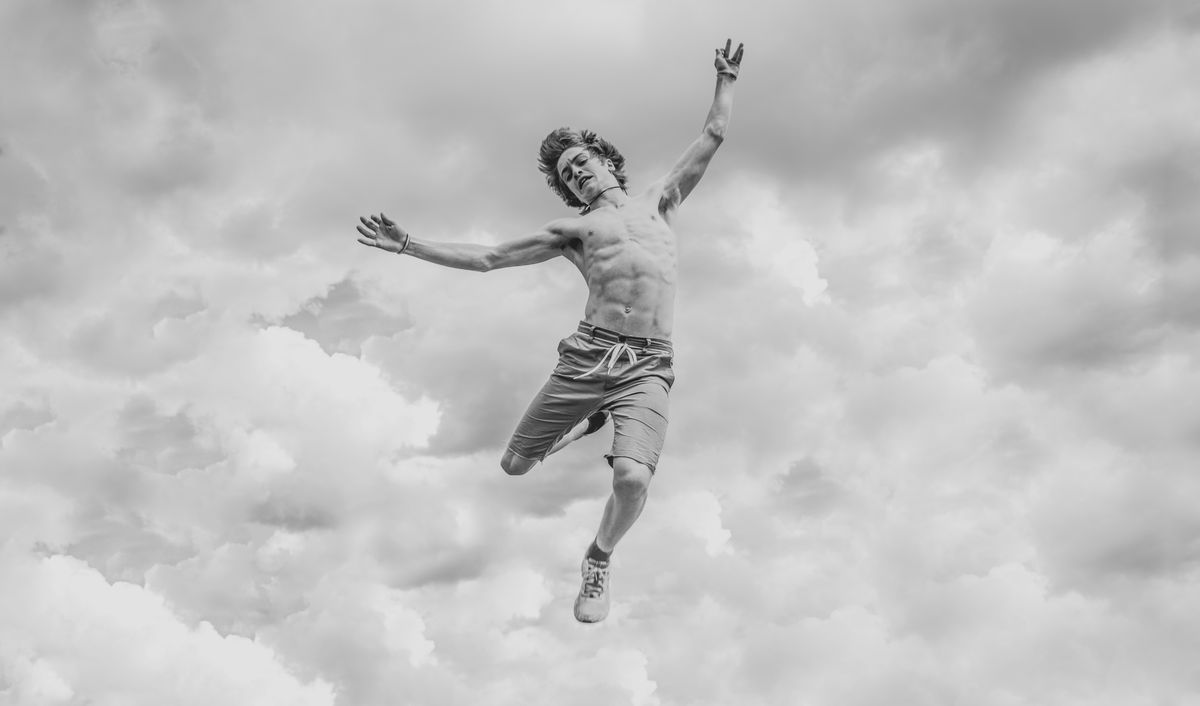 They shot him out of the sky. Shot him right in his tin heart. It bled oil; oil beautifully glistening against the hot sun. Baby blue sky, not so baby-ish anymore stained temporarily. Nothingness is what he felt. Brown eyes held the sun’s fire as he fell and fell and fell and floated to the hard earth below.

He used to feel a lot of things. He felt the smooth charcoal on his fingertips. He felt the soft white paper and its cutting edges. He felt the cold plastic of a pen as he wrote down: “I can’t deal with this anymore. I’m sorry.” He felt the stickiness of the envelope on his tongue; tasted its sweetness. He didn’t feel anything on the inside, but outside he felt too heavy. He was an anchor gliding silently down the sea, except the ocean and the sky are two different things. So why did they feel the same to him?

It wasn't the first time They hurt him. It always started with a vague whisper thrown his way. It would travel to his mind and bounce off his tin heart where he would cast it off as if it were never said. It could just be his ears jumbling up words so that maybe he could feel something; anger maybe. Or pain―yes pain was a lot easier to feel. And so They came in whispers. They wandered into people’s minds and reverberated through their throats like plucked cello strings. They cascaded down their tongues and bounced off their lips. Each time his tin heart took a scratch, a dent, a burn. And each time he felt the pain of it.

The boy searched for a willing ear. Surely They couldn’t do this to him and expect to get away with it. He needed to tell someone, and he did.

“ How was school?” his mom asked, trudging in through the door after a rough day at work.

“It was alright.” was his rapid reply.

Silence. He gazed a little too intently at his homework.

“ Mom?” he said suddenly, overcome with a need so strong his tin heart swelled.

“Yes?” she spoke patiently, her eyes already clouding over with thoughts of the next day’s work schedule. He sat up straighter and gazed into his mom’s dark brown eyes.

“I don’t think I want to go to school anymore.”

“Why would you say that?” the clouds receded. The boy gripped his homework in his hand, feeling the creases forming on the paper.

“Because They’re hurting me.” the paper crinkled.

“ Who’s hurting you? Is it something I need to call the school about? How are they hurting you?” his mother gripped his chin and examined his milky brown face only seeing unmarred skin.

“ They’re just―” he collapsed in on himself. His tin heart contracted and his gaze dropped.

He stopped at that point. Because how is he supposed to tell her that the hurt is not on the outside? Before he could voice the pain he felt, the sly hand of hesitation held him back. His imagination filled in the blank spaces. His mom would tell him to be strong. He’s almost a man. Ignore Them. That’s exactly what he tried to do. But ears couldn’t be turned off and Words couldn’t be blocked.

They were Words and Words were They.

There was something peaceful about the falling. He was halfway to solid ground and stuck in oblivion. The air ran its fingers through his curly hair and shook out his clothes. Vulture’s glided through the clouds overhead mocking him with their skillful aeronautics. He was a flightless bird plummeting silently down the sky. For the sky and the sea are two different things that made him feel both weightless and weighted down.

In school he would hear Words; hard and blunt Words.

Everyday he would take Words in. After school when asked how his day was he would say:

“ It was alright.” Too bad his alright days were bad days. He couldn’t disappoint his mom with the latter. Instead he wrote a letter; fingers squeezing cold plastic coalescing ink into Words. When he wrote: “ I can’t deal with this anymore. I’m sorry,” the boy scratched it out softly, then furiously, faster and harder until he heard a satisfying tear echo in his room. He took another piece of paper out.

He wanted to tell his mom what he felt. He wanted to tell her how Words were not just words, but alive things that shot holes through hearts. He wanted to tell her that just because he was almost a man, didn’t mean that men couldn’t feel themselves falling. There were plenty of almost-men who got shot, fell, and plunged to the earth. He was one of them. He’s waiting for someone to pick up the envelope, open his letter and understand. Only then can he be caught.

Hoping to tell his mom in the least painful way possible, Reuben concentrates his gaze on the blank sheet of paper in front of him. His hand, always seeming to be charcoal stained, grips his pen tightly. Reuben doesn’t like the feel of the pen in his hand; He’d rather be painting. Drumming his pen on the paper, he sighs and gazes up at the ceiling in frustration.

His eyes wander to his room’s walls as he thinks. Reuben looks up at the belt loop he tied up in his closet. Something about the way it's tied up so ominously― with the brown leather shaped in a perfect loop― causes his face to grimace in doubt. He quickly glances away, his eyes locking on a charcoal painting he completed a couple of months ago: A man with a small hole in his chest falls to his death, the shiny charcoal made blood looks like it's hovering in the air. He kind of felt that way himself; like he was falling. He did then and he still does now. An idea shoots clear in the boy’s mind. Reuben picks up his pen and starts writing again.

“They shot him out of the sky. Shot him right in his tin heart. It bled oil. . .