The Boyfriends Of The 2000s
Odyssey 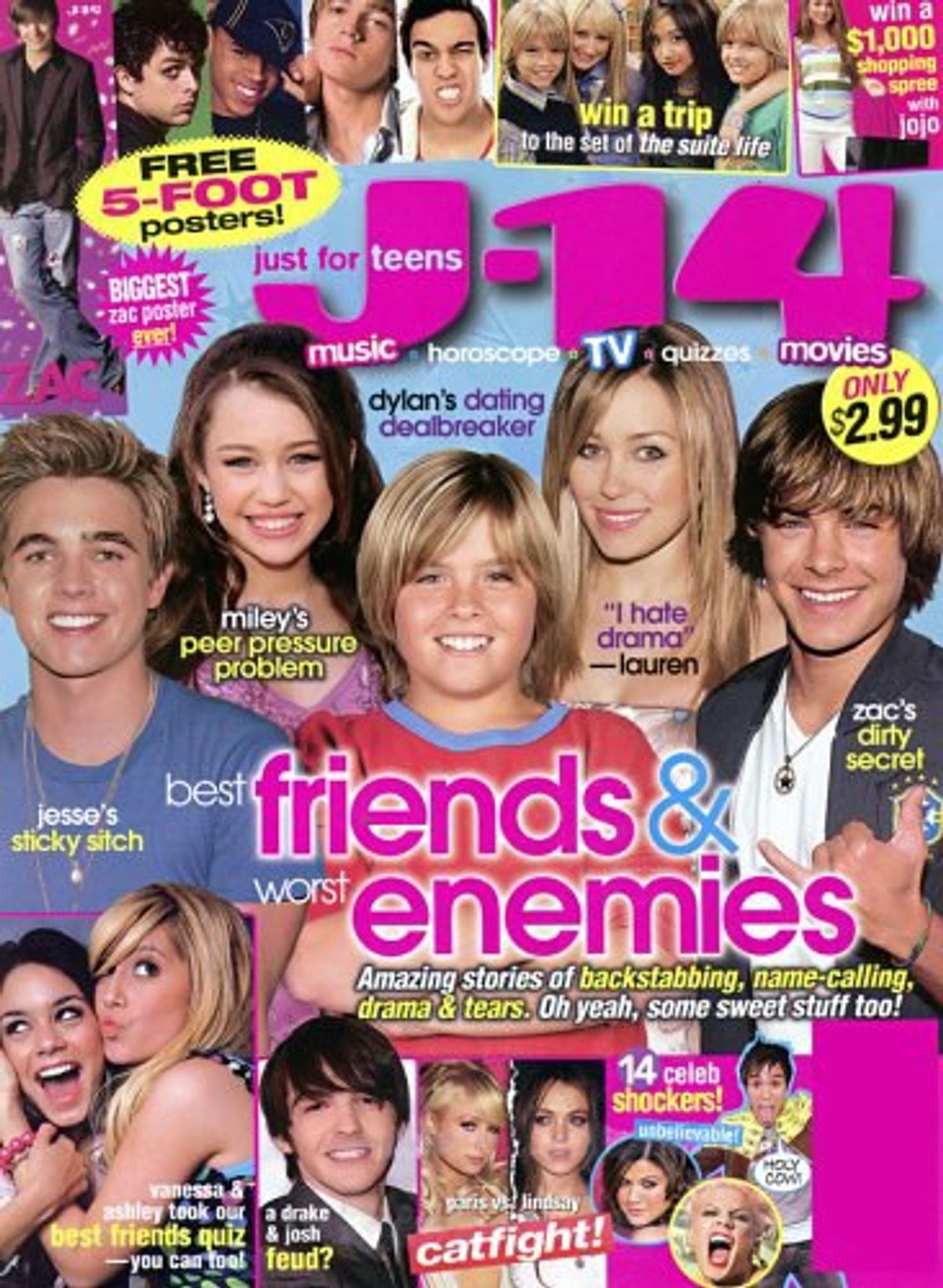 He had me as soon as I heard him say that he didn't want another pretty face. I'm gonna be honest, every trip to the beach involves me listening to my old Jesse McCartney album and singing at the top of my lungs to every word. He had to be number one on my list because he will always be number one in my eight-year-old heart.

I remember the first time I saw Zac Efron during the premiere of High School Music as he walked into the heart of every girl in America. Over the years, he has given us plenty of movies to love, from Neighbors to 17 Again, but lets face it, HSM will always be number one.

This show had my heart for so many years. Admit it, you had a thing for the goofy boys from Nickelodeon. Oh, here it goes.

From the Amanda Show to Drake and Josh, it was probably safe to call him the King of Nickelodeon for a while. And it probably didn't hurt that he was a musician. Not gonna lie, I saw him in concert when I was ten and my voice hasn't been the same since.

Okay, it's time to go crazy over some JoBros. Let's take a moment to mourn all of the friendships that were lost fighting over who would marry which Jonas Brother in sixth grade.

It may have just been me, but Taran has had my heart since Stuck in the Suburbs. If the day ever comes where he plays/sings on SNL, my heart would probably explode from happiness.

Let's face it, Ned got us through school. We all fell in love with Devin Werkheiser for his goofy personality, his quirkiness, and his heart for helping. Thank you to Ned's Declassified for giving my middle school days unrealistic expectations.

I fell in love with him as Austin Aimes in A Cinderella Story. I fell harder each time he walked across my screen as Lucas Scott in One Tree Hill. Some girls may have fallen for Nathan, but Chad Michael Murray always held a special place in my heart.

I am pretty sure my seventh grade year revolved around him. Girls in my class would pass magazines around just looking at pictures of him. My friendship with one of my best friends hasn't been the same since she practically attacked me for a poster of him.

Don't know who Ryan Merriman is? Well if you have a favorite Disney Channel original movie between 1999 and 2004, he was probably in it somewhere. It seemed like he was everywhere I looked and I was perfectly fine with that. For those of you who don't remember him from movies like Smart House and Luck of the Irish, maybe you will recognize him from a more recent project of his: a small show called Pretty Little Liars.

From Malcolm in the Middle to Agent Cody Banks, there was no stopping Frankie Munez in the early 2000s.

Try and convince me that you didn't love him. He was everywhere.

Who didn't grow up loving Lewis Stevens? And then who didn't love him even more after Even Stevens?

I hope you all enjoyed this little walk down memory lane. Be sure and comment down below letting me know who you were totally crushing on from the 2000s.