To The Boyfriend I Cheated On
Odyssey

To The Boyfriend I Cheated On

Sorry doesn't even begin to describe it. 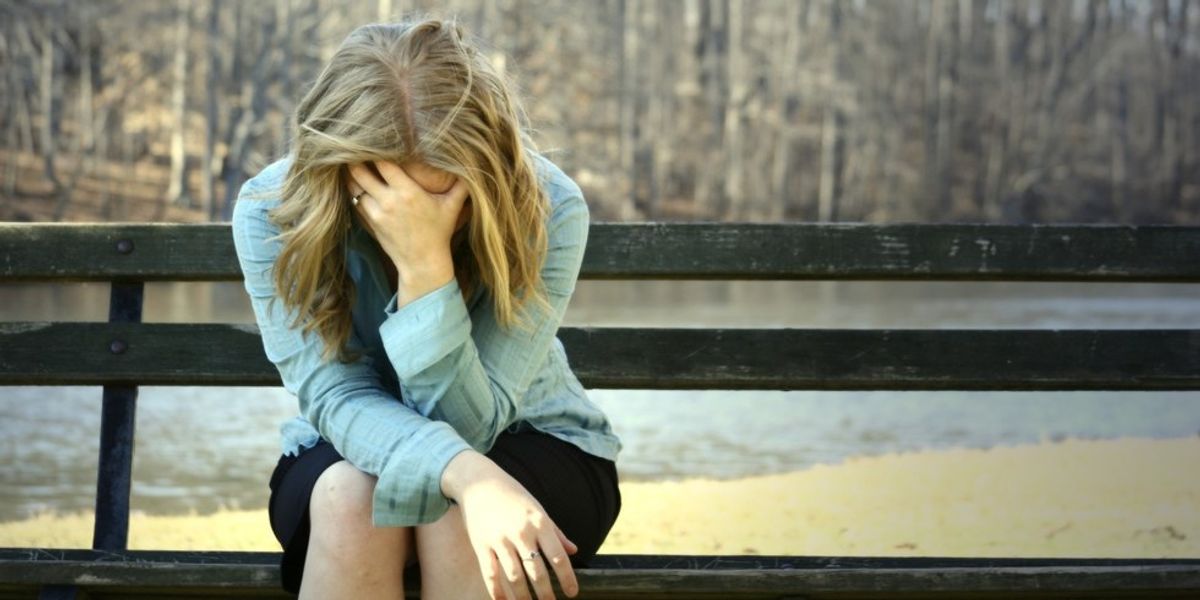 Let me just start by saying, I know. I’m the worst type of person. There is no good explanation why anyone does this. But you begged me for one. And now, a few years later, I think I finally have some of the answers you deserve.

I wish I could say I don’t know why I did it, but that would be a blatant lie. I found myself in someone else’s bed because. Argh. This is tough to say. I started seeing other people because, well, in the most matter of fact way I can put it. I didn’t have feelings for you anymore. If you were enough for me, then you would have been. But you weren’t. I stopped craving your company. I felt guilty, sure, but not enough to stop me from doing it multiple times. I didn’t care about you or how you felt. And as my feelings started to fade, yours only seemed to get stronger. I know that stings, but it’s true.

So when I would go out in that extra-lowcut dress you loved when I wore it around you and a cute guy would ask me to dance or to go hangout on the porch, I wouldn’t mention you. I guess I got tired of turning people down when I didn't feel like there was any "good" reason to. I missed my freedom. I missed the exciting feelings that come with flirting with someone new. The whole giddy honeymoon phase, getting butterflies whenever someone texts you, stalking them on Facebook and pretending you know nothing about them, finding yourself daydreaming about the next time you hang out in class. But I think I skipped a step before getting with someone new-- breaking it off with you first.

But I should have had the decency to break it off before I went and shacked up with a bunch of other frat bros. I’m sorry I didn’t have the guts to tell you I never really cared about you. I’m sorry for stringing you along because I always liked having someone on retainer. It felt nice to have someone who was utterly infatuated with me that I could turn too when I was feeling down. It felt good to always have someone who wanted to hear about my day. It felt nice always having someone to talk to on my way to class. And I didn’t want to give it up entirely, even though I knew I wanted something else. I knew my heart wasn’t in it. And I knew that’s why I was pursuing other, uh, interests.

Maybe that was why I was always so suspicious of your female friends or when you did things without me. I assumed that you were doing the same thing as me, since all those times I said I was "going to so and so's place," I was really moseying on over to his dorm room or apartment-- depending on the person since there was more than one. I'm sorry.

But just because I’m a piece of crap doesn’t mean everyone else is. I was looking for an excuse to leave and not be the one at fault. It would have been a lot easier to blame someone else. I didn’t want to be the bad guy.

But yeah, I was the bad guy. I tried to justify what I was doing to relieve myself of the cognitive dissonance but all of the justification just sound ridiculous now.

“He hung out with that girl without telling me beforehand that one time, he definitely cheated first."

"He ignored my daily 3:30 phone call, he’s probably with a girl, I should get with a guy to get even.”

Knowing you, though, and how into me you were, these were ridiculous things to think. Like I said, it would have been easier if you were the bad guy. Then I could have something to explain why I didn't care anymore. But you were quite the opposite of the bad guy, actually. You were so sweet and wonderful and supportive. I guess I just didn’t understand why I stopped loving you. I guess that's why girls always go for douchebags who treat them like crap. At least with a d*bag, we don’t have to be one.

So, I’m sorry. I suck. I’m pretty much the worst type of person. I wanted the best of both worlds but I’m not Hannah Montana. And you sure as hell didn’t deserve what I did to you. I know it’s annoying to say the cliche "it’s not you, it’s me," but it really was me and my lack of any sort of morality. It’s my inability to articulate my feelings. It’s my selfish desire to have someone who cares and someone to have fun with.

"Sorry" can’t even begin to express how terrible I feel. Even when I finally came clean, it was only because I was ready to end it and that was an easier break-up than what was really going on under the surface. I’m so d*mn selfish, but you already knew that. I wanted you to hate me so I didn’t have to feel the guilt of not feeling anything for someone who gave me everything.

It would definitely would have been less painful to just tell you how I felt but I effed up. I’m glad you’re not with me anymore. You deserve so much better.

I hope you’re happy. I hope you’re with someone who isn’t an a**hole like me. I hope she respects you like I didn’t and I hope you don’t think of me often. You deserve so much better