To The Boy Who Insulted My Friends And Me
Odyssey

To The Boy Who Insulted My Friends And Me

I am not a feminist, but your actions are the reasons why I need feminism. 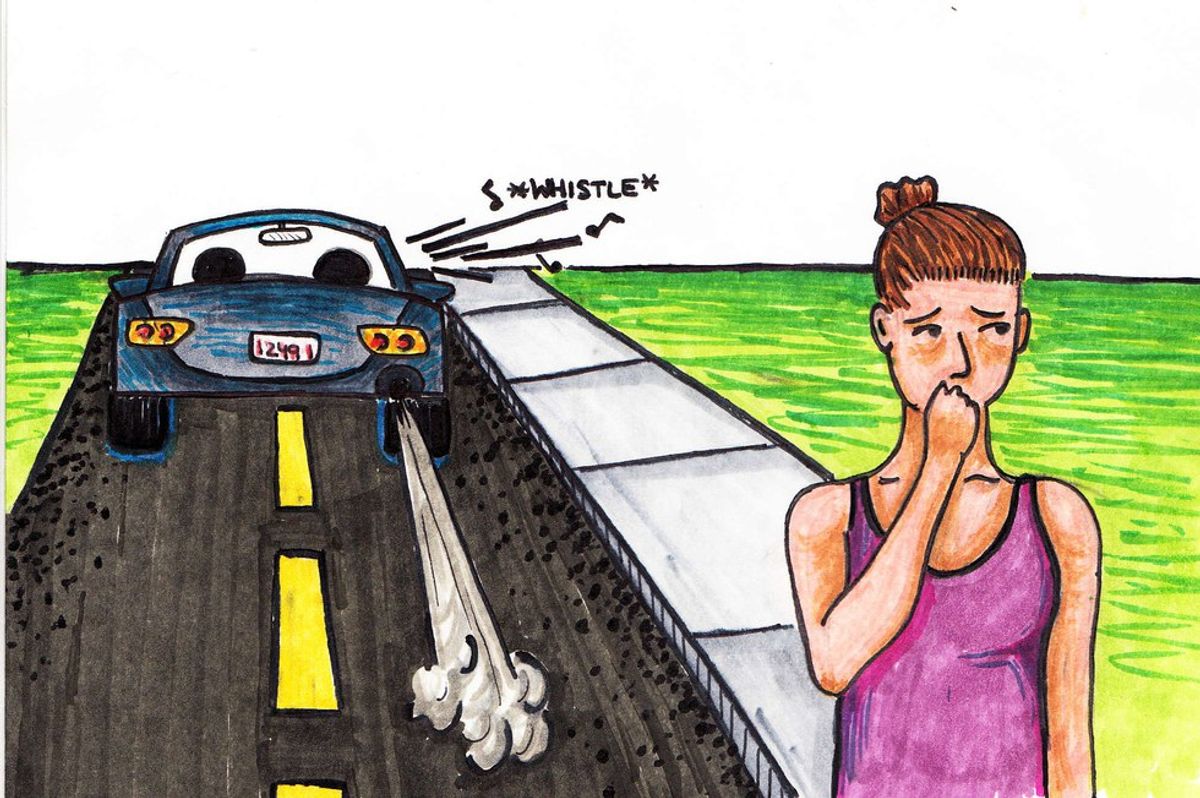 You probably don't remember us, but we remember you.

You were skating around with your buddies in the parking lot outside the mall, remember? We drove past you to find a parking spot to start our mall excursion. We were minding our own business, like normal people do at the mall, and were looking forward to a stress-free afternoon. You were of no more than high school age, but that does not matter. You took the liberty of stepping a little out of the way to gesture at us and call us "sluts." Remember that? I doubt it. How many other women have you screamed profanities at? Two women? Three? Three hundred? I have a feeling we weren't the first.

Who were you trying to impress? Insulting us won't grant you a permanent seal of approval from your buddies. If you were expecting us to brush that nasty comment off just as quickly as it flew out of your mouth, you were wrong. You don't know us. We don't know you. What gave you the right to label us?

Your insult caused us to have an in-depth conversation about how, as women, we can't go anywhere without the fear of being victimized. We've been inappropriately whistled at, cat-called, harassed, and shouted at so many times in public that it has become an expectation that it'll happen the next time we step out of our homes. We were taught as little girls to never walk anywhere alone as well as many other safety precautions to take to avoid the human predators that prowl around in our neighborhoods. These warnings were given to us in abundance in order to keep us safe from harm.

However, people like you have no clue that what you are doing is wrong. Most likely, you were never scolded for belittling women, since it is a social norm. The majority of young men are not taught to respect and treat women equally. It shouldn't have to become an issue where they have to be retaught and warned. This should be common courtesy because women are as human as men, surprisingly enough.

Every little thing a woman does is meticulously observed by all. The annoying thing about this is that for some reason, most men feel the need to critique us. So I decide to wear a skirt this afternoon for my own pure enjoyment? Turns out, it is not for my enjoyment. According to the male population's misogynistic viewpoint, I wore a skirt to try to seduce them. I want to eat a few cookies after my dinner because I am in the mood for something sweet? Well, turns out I should regret that decision, as the male population thinks that it'll make me put on an excessive amount of weight. I can't even walk my dog around the block without expecting that I'll have vulgarity thrown my way. Apparently, walking my dog is a god-given sign that I am "asking for it."

We weren't even wearing anything that could in anyway be considered "provocative" or "promiscuous." We were just searching for a parking spot. Why was it necessary for you to go out of your way to insult us? We don't care that we will probably never see you again in our lives. We care that we will encounter more people in our lives just like you and that the end is nowhere in sight.

As women, we are all constantly told to ignore these gestures by you and every other man. Truth is, it is just as painful to ignore you as it is to receive your harassment, but we must do it for our own safety. All the insults thrown at us, including yours, hinder our confidence to go out into the world and accomplish great things. We think twice before even stepping out of our homes for fear of the judgment and\or harassment we will inevitably receive.

I am not a feminist, but your actions are the reason why I need feminism.

What you did was not OK, and it's terrible that you can get away with saying that to us and other women. By calling us "sluts," you added to our growing anxiety of being women in society. We hope degrading us was worth the five seconds of recognition from your buddies.