Why Bojack Horseman is the Most Adult Adult Cartoon
Odyssey

Why Bojack Horseman is the Most Adult Adult Cartoon

The most mature TV show I've ever seen stars a talking horse. 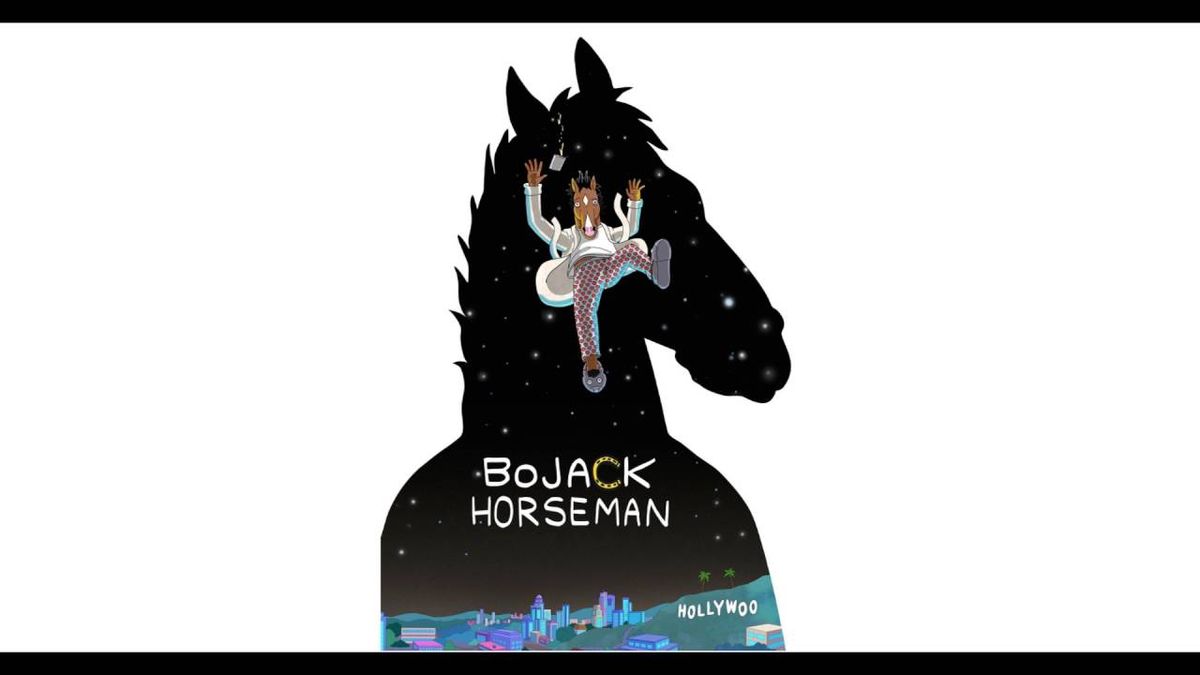 I am a fan of cartoons: growing up, every TV in the house was tuned to Cartoon Network or Nickelodeon or Nickelodeon's other channel(thank god for cable bundles). There's always been one show that I feel really resonates with me at one point or another: Digimon, Invader Zim, Code Lyoko, Adventure Time, Steven Universe...It's often hard for me to describe why these shows strike a chord with me, but it usually comes down to reflecting where I am emotionally in my life.

I am also not typically a fan of "adult" cartoons: those animated shows on Adult Swim or Comedy Central that aim themselves at adults. Typically, it's just an excuse to swear a lot, spray blood and guts everywhere, and joke about sex. For instance, one series that just released as a Netflix exclusive, Big Mouth, is about teenagers discovering their sexuality, and actually draws their genitals. I'm just going to leave it at that.

That being said, my new favorite show is Bojack Horseman, one of these adult cartoons, which also happens to be a Netflix exclusive. Bojack Horseman is about the titular Bojack Horseman, who played the Danny Tanner-type father figure on an 80's sitcom. Now, 30 years later, he's a washed-up alcoholic searching for meaning in the vapid whirl of celebrity life. He's also an anthropomorphic horse.

Yeah, there are animal people in this world. It doesn't really matter in the grand scheme of things.

It's a little challenging to describe what makes this show different from all the other adult cartoons out there without spoiling what happens. You see, unlike shows such as The Simpsons or Family Guy, in which whatever wacky situation the characters get themselves into is reset at the beginning of each episode, in Bojack Horseman, those changes and events are permanent. For instance, in one episode in Season 1, Bojack steals the D from the Hollywood sign. Instead of being restored, the sign reads "Hollywoo" for the rest of the series. It even changes the opening sequence (which has a delightfully groovy theme song, by the way). This allows the show to build continuity, much like an anime or live-action drama.

The show also deals with mature themes better than most shows that claim to be adult. Sure, sex happens, but you never see any genitals, and the emotional consequences of any conjugation are fully explored. The writers also have a rule when it comes to swearing: the characters can use any word they like, but there will only be one f-word per season, to give the word some power. What the show does explore is the complicated emotional lives of its characters, their relationships, and even concepts such as the ability to change.

The one episode that made me decide to write this is about halfway through Season 4, which I have been slowly watching through at the gym. Don't worry, no spoilers. In this episode, we are let into Bojack's head and his internal monologue, which mostly consists of insulting himself and telling himself everyone hates him. This leads him to make some stupid decisions, which we watch him make and almost instantly regret. His thoughts are illustrated as crude scribbly doodles, which fit the general tone of what he imagines well. Ultimately, we are shown that this voice is what's keeping him from forming relationships with the important people in his life, out of fear he will hurt and ruin them just by caring, that's just how much of a piece of crap he is.

When my therapists told me to start practicing "positive self-talk" as a way to handle my emotional problems, I thought it was a little stupid. So you just think good things about yourself? That's easy, I do loads of good things. It wasn't until last winter during my Road Trip discernment trip when I finally figured out what it meant -- I had got it wrong the whole time. In the back of your mind, you consciously or subconsciously narrate your actions, either as commentary or as a way of keeping you on track. For the longest time, mine was just like Bojack's, but with less swearing (at least until college): telling myself I was wrong and shameful and bad, and that was just when I didn't make a mistake. The shame was, and sometimes still is crushing. Sometimes, I did even feel that everyone around me was silently judging me and finding me wanting, and didn't want to connect with people since I was afraid of being hurt. Now, I'm aware of what it feels like to tell yourself you are a good person, and can succeed at things. It's hard to change, especially since I've thought this way as long as I can remember, but I'm trying.

I love this show. It might not be the best animated, but the writers are not afraid to take risks (There is an entire episode in Season 3 that has no dialogue) or look at those elements of society and life that other shows rarely explore. Also Will Arnett of Arrested Development fame is the horse. All 4 seasons are available on Netflix, though I wouldn't quite reccommend binge-watching it. It can get really deep.