As An Aspiring Geologist, It's Crystal Clear To Me That Crystal Healing Is Bogus
Odyssey

As An Aspiring Geologist, It's Crystal Clear To Me That Crystal Healing Is Bogus

The pseudo-scientific trend has been around for thousands of years, but can it really do anything? 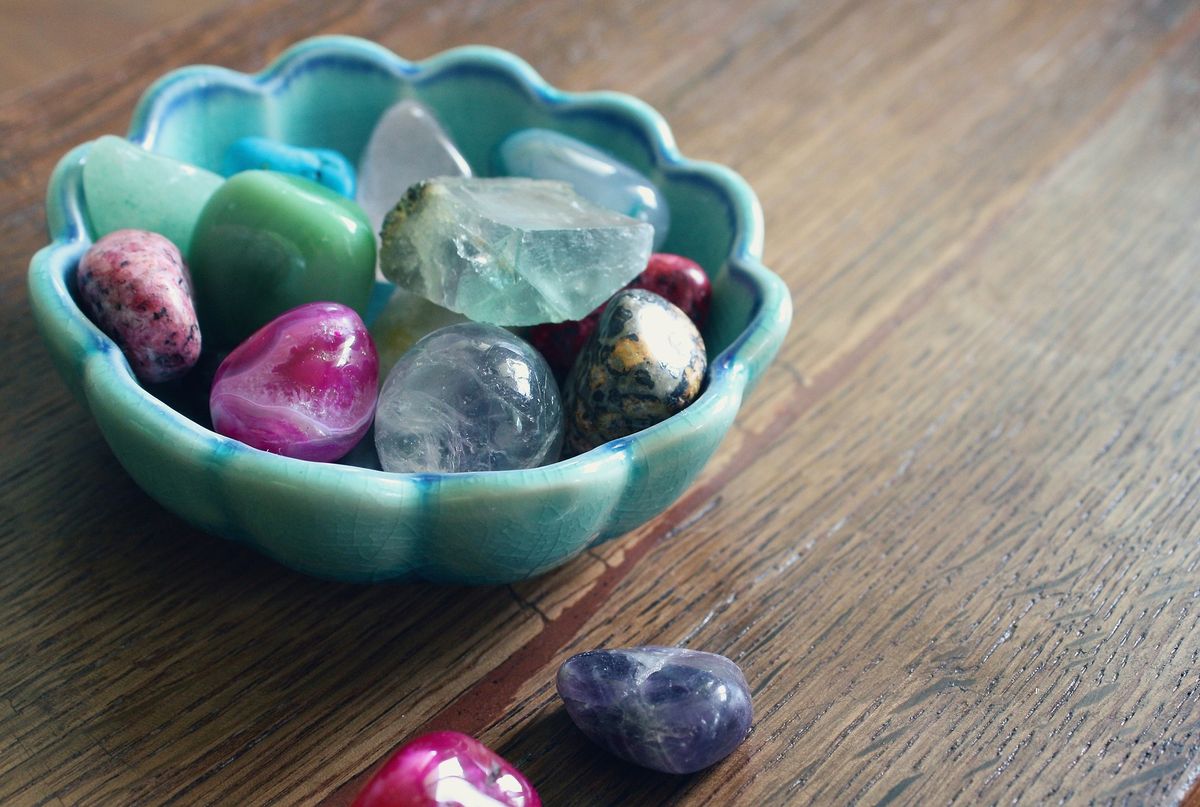 Many people have superstitions that they like to believe in for fun. While it can be entertaining to play along, sometimes it can be taken a little too far and even become dangerous. Today, I would like to take some time to talk about and debunk crystal healing, an increasingly popular trend fueled by metaphysical energy.

What is crystal healing?

Crystal healing is a type of therapy involving placing gemstone on your body in specific patterns to remove negative energy. Different minerals can provide different benefits depending on their chemical composition and color.The effects range from curing physical ailments to protecting against evil spirits, and some other crystals like quartz and diamond amplify the energy in a person, as well as the power of other minerals around it.

The healing factors aren't the only reason people are becoming eager to grab up some crystals and using them to reduce stress. Celebrities have drastically increased the popularity of crystals, the relaxing nature of the sessions and promise for a cure to most problems make it very appealing a lot of people. And I will agree, crystals make for some pretty awesome Instagram pictures.

But how is it supposed to work?

In the layman's terms, crystal healing is done by using stones' positive energy to remove negative energy from a person. In order to maximize the healing powers of the crystals, different combinations of gems are patterned on the body, often aligning with chakras, and given time to energize the patient. Many professional crystal healers also use other forms of mystic healing in conjunction with the minerals during the sessions to amplify the healing powers. It is also very common for people to have a crystal point on a necklace in order to boost their energy in their daily lives.

Many people refer to crystal energy as a sort of pseudo-science, or a supernatural science that can't be understood or measured by conventional means. According to "Rainbows of Healing," the energy and effects of the rocks are caused by the vibrational properties of crystals that is also used in electronics. This is where the world of science and the supernatural meet, and things get interesting. Rainbows of Healing makes a variety of other claims as well, many of which take basis from unproven scientific theories.

How it REALLY works?

Despite all this, the truth is crystal healing actually does do something after all. Remember learning about the placebo effect in your seventh-grade science class? There is research to suggest that it can make someone to feel better, but only because the person's mind tricked them into thinking they felt better, not because they were holding a crystal.

The scientists determined this by giving some people real crystals, and other people were given crystals made of glass. There was an even distribution of people who experienced a sensation while holding either glass or a real crystal, proving that real crystals do not have a different effect than glass ones.

Before I talk about what I think about crystal healing, it is important to note that I aspire to be a geologist, and I have a rock and mineral collection of my own. That being said, I still despise crystal healing.

To begin with, the people that advocate for it attempt to explain it using poorly constructed evidence that's based off inaccurate statements. That could confuse fact and fiction to many people when it comes to the science surrounding crystal healing. For example, "Heal Your Life" describes a multitude of connections between science and metaphysical theories, most of which appear to be conspiracy theory style links.

Moreover, I noticed a number of things that were incorrect in the "points to consider" section of their article. For example, they state that water is a crystal and our bodies are mostly water; that is how the crystals connect with us. But in reality, water only has a crystalline structure when it as frozen, and the last time I checked, the water in our bodies is not frozen.

Speaking of misinformation, some crystal healers believe their crystals are powerful enough to replace professional medical treatment, which can be extremely dangerous to patients suffering from a serious medical condition. Luckily, many of the people who provide crystal healing services recognize that they do not take the place of doctors.

A more personal reason I dislike crystal healing is that when trying to research a mineral, it can be very difficult to find actual information about the stone among the sea of facts about its healing properties. In my opinion, crystal healing is fake and seems kinda silly when you take a minute to think about it. However, it is an interesting way to combine meditation with geology, provided it is taken with a grain of salt. Do not count on magic minerals to heal you or solve your problems